Where is Tyler Perry’s House of Payne Filmed? 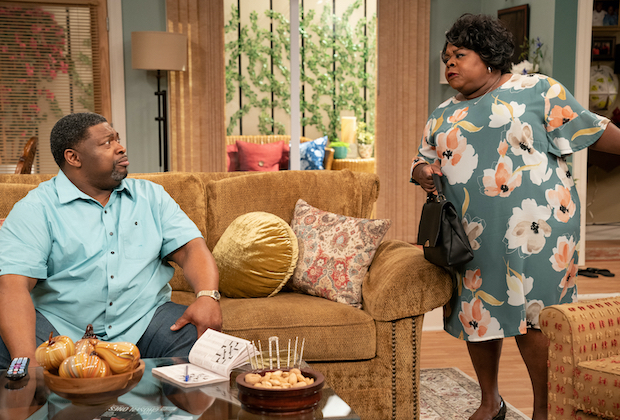 Fans of Tyler Perry might know about ‘House of Payne’ — the family sitcom, created, directed, and produced by Perry himself. The story follows an African-American clan, living in Atlanta. The show originally dropped on TBS in June 2007 (preceded by 10 pilots that aired on Syndication in 2006) and ran on the channel until August 2012. In February 2020, BET announced that a revival of the series was in works, which landed in Fall 2020. The revamp takes up the tale five years later with the retired fire chief Curtis Payne, continuing to navigate life, accompanied by his wife Ella and his wacky modern-day family.

The rebooted version sees most of the original cast members reprising their previous characters. Even the locations stay the same. Some of the familiar settings that recur in the episodes are the Payne house, a firehouse across the street, a barbershop, a help center, and the educational institutes attended by Malik and Jazmine. The Payne house, where most of the activities take place, is a one-story building, complete with five rooms. As it is a staple in sitcoms, the entire story revolves around a bunch of recurring locations. And this makes us wonder: where is ‘House of Payne’ actually filmed? Let’s dive straight into the details.

Produced by Tyler Perry Studios, ‘House of Payne’ is filmed in the state-of-the-art film and television production facility. Launched in 2006 by Tyler Perry, the studio is located in Atlanta, Georgia on the sprawling grounds of Fort McPherson, which is a former army base. The 330-acre property is complete with multiple shooting locations, including 40 buildings, 12 purpose-built sound stages, 200 acres of green space, and a huge backlot.

The 2020 reboot, which marks the return of almost the entire lead cast, has confirmed that the set remains exactly the same even after so many years. Star China McClain, who plays Jazmine Payne, the daughter of CJ and Janine, said in an interview that it was really strange for her to walk into the studio after such a huge gap of around eight years. A grown-up McClain stated that everything is identical as it did when she was ‘like seven’. The couch where the fam gathers for their conversations and Auntie Ella and Uncle Curtis’ house are all there — evoking a strong sense of nostalgia.

A man's home is his castle. 🏰 Leave the king alone! The original cast of #HouseOfPayne returns with all-new episodes WEDNESDAY SEPT 2 8/7c on @BET

The Payne home, located in the studio, also retains its previous elements — Curtis and Ella’s bedroom, Malik and Jazmine’s shared bedroom, another spare bedroom, the kitchen, and the living room — complete with the outside patio. C.J. and Janine’s house are additionally present as well.

Filming for the revamped edition started in early 2020 and under Tyler Perry’s fast production schedule, the entire set of 20 episodes finished shooting within a matter of weeks. In fact, the cast filmed two to three episodes each day. The actors were asked to don ear-monitors so that they could easily stick to Perry’s directions about changes in last-minute scenes. Since the script is loose, the cast got enough freedom to have fun and relaxation during the shooting schedule.