How Are Witchers Made, Explained

One thing that those who watched ‘The Witcher’ must have enjoyed is the superhero-like combat abilities of the titular character. The swashbuckling Geralt of Rivia is shown to be capable of fighting multiple skilled opponents at the same time with the use of his many abilities: a lot of them supernatural.

The Witcher taking on whoever (or whatever) comes in his way is not aggressively brutal or unforgiving. Rather, it oozes a sense of choreographed grip of the monster hunter’s skills, making him look more like a dancer and less like a fighter (in a good way). It’s as if he can stop and slow time and calculate the exact amount of force needed at the exact angle with perfect timing. One might wonder how he received such skills for they are definitely not a result of Geralt’s experience alone.

Who Are the Witchers? What Are Some of Their Abilities?

In the fictional world created by Andrzej Sapkowski, witchers are monster hunters who have undergone intense training and mutation to evolve with specialised skills that help them in their profession. Some of these abilities include cat-like eyes that allow them to see in blinding brightness and in the dark, near immunity and high amounts of resistance to diseases and injuries, superhuman strength and agility, exceptional endurance and reflexes, the capability to perform simple combat magic and a rather long lifespan.

How Did the Witchers First Emerge? 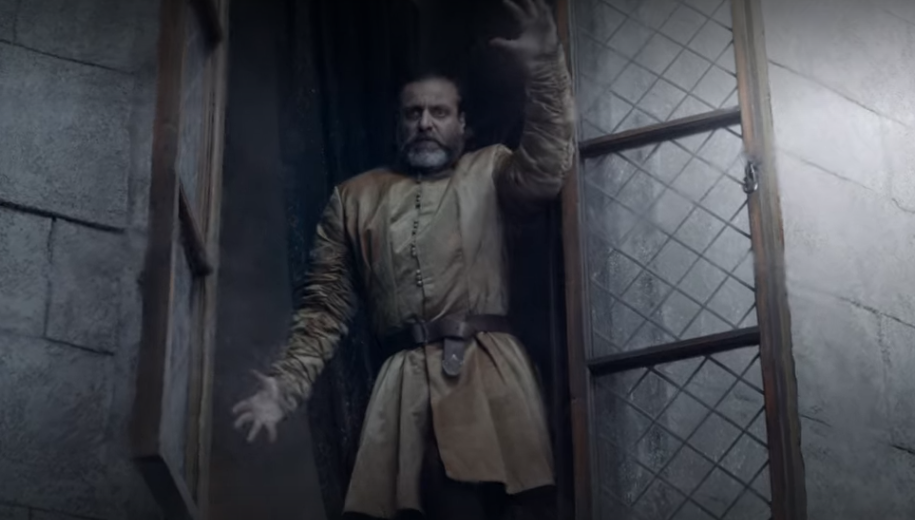 Witchers are depicted to have existed in the fictional universe ever since the appearance of the deadly monsters that they are trained to fight. There was a certain fictional event known as the conjunction of the spheres which is described as a cataclysm that opened various portals allowing supernatural creatures to be transported onto the world of humans. The creation of Witchers, on the other hand might have been accidental or a purposeful act by the sorcerer Cosimo Malaspina. Malaspina is often credited to be the founder of the Witchers’ sect. However, the legendary mage, Alzur (who was also Malaspina’s apprentice) also seemed to have some hand in it.

Alzur was known for his unintended inventions that wreaked havoc on the world, including a giant centipede that destroyed a city of Elves. His inventions were meant to be a scientific exercise. Both, Alzur and Malaspina’s magical activities were extremely controversial but they were responsible for the creation of various spells that mages and wizards use. Their development of Witchers, using several mutagenic components like a breed of mushrooms and other forms of magic were some of their less sinister works.

After several years, the creation of witchers became more institutionalised and prospective witchers started to be trained at a place called Kaerr Morhen. The witchers enrolled were generally children of surprise that many trained Witchers would receive as rewards for helping people and claiming the law of surprise. Read more about the law of surprise on this link.

How Are Witchers Made?

The initial stage of creating a witcher does not require much use of magic. Concoctions made from various magical herbs are fed to the prospective Witchers and their diets are strictly regulated. In this stage, a certain species of fungi is used that alters the metabolism rate of these “students.” Due to this changed rate of metabolism, the students are able to consume much larger quantities of food and digest higher levels of the transformative herbs, helping them enhance their growth rate and increase their bodily capacities for change. This phase is often regarded as being a preparatory one that readies the prospective Witchers for the next stage: the infamous Trial of the Grasses: a process of mutation.

The Trial of the Grasses is an infamously painful procedure that prospective Witchers have to undergo, in order to gain most of their special abilities. In Netflix’s adaptation, Geralt is shown lamenting the procedure’s extremely inhuman nature in the final episode while getting hallucinations about his mother. He recalls how only 3 out of 10 boys survive the trial, visibly disturbed by his memories. The effect is heightened further since it is the first time that the stoic character of Geralt is shown to be dealing with emotional trauma.

The Trial of the Grasses was a procedure that lasted multiple days. The prospective Witchers would be fed extremely potent doses of mutagenic potions which would alter their metabolism further, to a much higher degree. Although they were prepared for the change in metabolism in the earlier stage, the intensity of this transformation was so high that the student would have to face its awful symptoms which were often unbearable. They would get persistently high fevers, haemorrhages and bouts of vomiting.

The few students who would advance to the next stage would be given more potions which would cause another round of unbearable fevers and vomiting. The doses of the potions would be progressively increased and as a result, the symptoms would worsen too. The survivors would emerge having changed permanently. Geralt, for instance lost pigmentation in his hair forever and he was the only one out of the all the students training with him that survived.

Read More: The Law of Surprise in The Witcher, Explained