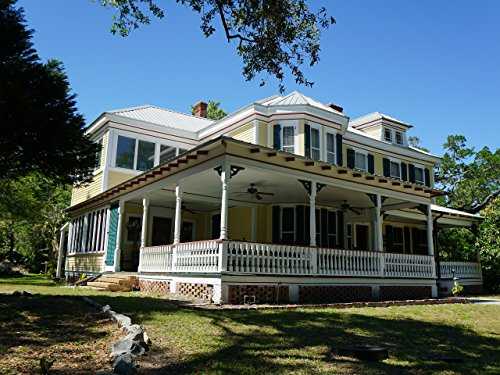 Reality TV in this decade and real estate, it would seem, almost qualify as two sides of the same coin. Both are the two biggest industry giants that are booming since the 1980s, and both mesh into each other really well for their consumerist outlook and compatibility – the luxury resorts or discount homes featured on the show fuel it, while the show acts as an advertising tie-in for the real estate moguls behind the properties.

For the last couple of years, HGTV alone, in particular, has featured dozens of reality shows related to real estate – take for example the 2014-hit Log Cabin Living. But on the current roster of lifestyle shows that HGTV is so famous for, there is a staggering number of shows very specifically catering to real estate adjacent to bodies of water – Lakefront Bargain Hunt, Beachfront Bargain Hunt, Beach Hunters, Island Life, you name it. The newest addition to the Sunday primetime lineup was ‘How Close Can I Beach’, combining elements of these shows with a more streamlined approach towards the genre.

How Close Can I Beach Season 2 Cast: Who’s in it?

Because of the episodic nature of the show, there is no assembly of an ensemble crew as such. Naturally, this should also be the same case for the tentative second season, which will follow largely the same formula. The only cast prediction, therefore, will hinge on the host himself. The debut season was hosted by Brian West, who has a reputation of hosting reality TV on real estate – some of his past works include Mountain Life and BeyWheelz. Brian West has proven himself to be very reliable for the role, and it is likely that he will return to host season 2.

How Close Can I Beach Season 2 Plot: What is it about?

‘How Close Can I Beach’ is structurally predictable, identical to the usual setpiece for this genre. Each episode features a new group of buyers who are on the lookout for a house close to a beach. The show follows the various choices they are presented with – each home differing in proximity to the beach, available amenities, and size – until they finally come to a decision regarding their choice.

How Close Can I Beach Season 2 Release Date: When will it premiere?

The exotic locations and the informative aspects of the show have attracted a high viewership, justifying its placement in the Sunday primetime – which boasts a giant pool of over 18 million unique viewers. Since the show has resonated so well with the large audience base, the mediocre critical reception can be overridden and overlooked far as HGTV is concerned. Even though there are many shows like it that have also aired simultaneously, none has reached the aggregate viewer quantity as the debut season for How Close Can I Beach.

The show’s promise for becoming a reliable mainstay for at least half a decade in HGTV’s Sunday showreel, and thus there is every incentive for a renewal. That said, there has not been any news for the same, nor any glimpse of a planning for another season in the social media handles of the network and the producer. The tentative air date should be at least before autumn 2019 – however, since the show has not been renewed yet, specific air dates for season 2 are still TBD.

How Close Can I Beach Season 2 Trailer

Since a tentative new season is still to be scheduled and the renewal status of the show is also pending confirmation from the network, there is also no trailer, teaser, or promo material made available for a second season just yet. So instead, you can take a look at this teaser from the debut season for a glimpse into the show.