Despite his reputation among film, musical, and literary circles, many people of this generation might only have heard of Howard Ashman thanks to the critically acclaimed 2018 documentary film on him, ‘Howard,’ on Disney+.

Yet, despite not being a household name, Howard Ashman had an exemplary career. He was a playwright and lyricist by profession. Following the completion of his master’s degree from Indiana University in 1974, Ashman dived headfirst into the world of theatre – it was here that Howard would meet his lifelong creative partner Alan Menken. Ashman’s first involvement in a significant production came in 1979, when he worked on the musical ‘Kurt Vonnegut’s God Bless You, Mr. Rosewater.’ He went on to work on the comedy rock musical ‘Little Shop of Horrors,’ and by 1986, he had become the director and lyricist for the 1986 Broadway musical ‘Smile.’ While it appears that Ashman had achieved quite a lot by 1986, it’s what came afterward that catapulted him to immortality.

In the same year, Ashman was brought in by Disney to work on the 1988 animated film ‘Oliver & Company,’ and this began Ashman’s stint with Disney. In his five years with Disney, Ashman would go on to become one of the most prominent figures in the Disney Renaissance and would write all the songs for ‘The Little Mermaid’ (1989). Ashman would also be the one responsible for pitching an animated musical adaptation of ‘Aladdin,’ which would get released in 1992, and would also work extensively in Disney’s 1991 release, ‘Beauty and the Beast.’

Throughout his career, Ashman bagged two Academy Awards (although one was posthumous), five Grammy Awards (three being posthumous), one posthumous Golden Globe Award, among many other accolades. But, what led to his demise? 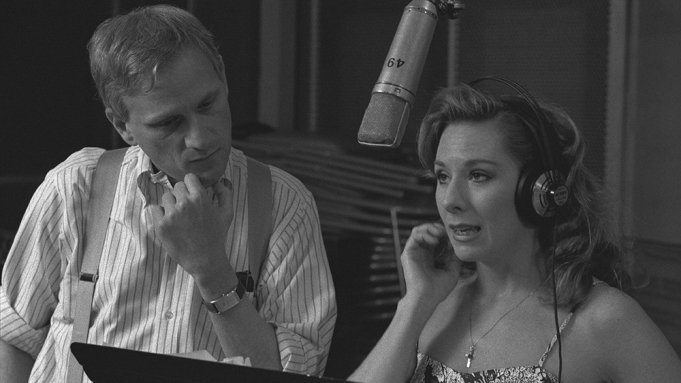 On March 26, 1990 – the night of the 62nd Academy Awards – Ashman informed his long-time work partner Menken, that he had been diagnosed with HIV/AIDS in 1988, and that his disease had been eating away at his health. Less than a year later, on March 14, 1991, Ashman passed away at the tender age of 40 years at St. Vincent’s Hospital in Manhattan, New York City, from a heart failure caused by HIV/AIDS. He had been working on ‘Aladdin’ and ‘Beauty and the Beast’ at the time of his death. Despite his passing, Howard made crucial and unparalleled contributions to both films. He is buried at the Oheb Shalom Cemetery in his hometown of Baltimore, Maryland.

While Ashman’s death was not unanticipated – he had been sick for a while – it did leave a void that has arguably yet to be filled. Everyone who knew Ashman regarded him as nothing less than a creative genius. Commenting on Ashman’s passing, the co-director of ‘Little Mermaid’ told NPR in 2016, “It was so tragic when Howard died. I think there was a feeling that he was irreplaceable to some degree, that you’re not going to find another Howard Ashman.”

Jodi Benson, who voiced Princess Ariel in ‘The Little Mermaid,’ has similar sentiments, and she has said, “If it weren’t for [Ashman], Disney Animation would not be where it is today.” Commenting on Ashman’s passing, his long-time creative partner Menken has said, “His life was pitifully cut short, unfortunately, as were many at that time. But Howard’s [death], for me, is the most personally difficult and his spirit remains very, very present still; there’s something about Howard that is not just a statistic in the battle against AIDS. But as an artist, he’s extremely vital — even now [in 2020].”