How Did Noreen Kumeta Die? 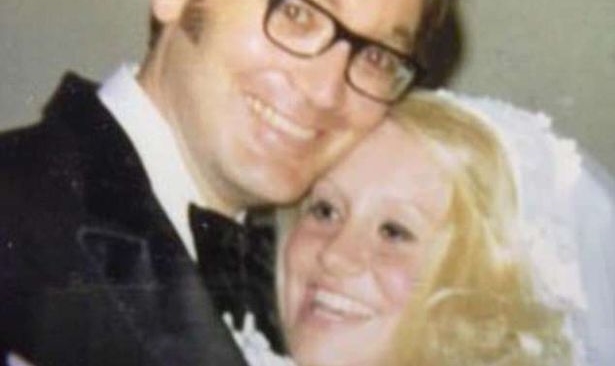 ‘American Monster‘ on Investigation Discover takes us into the lives of some of America’s most dangerous killers, who might be our next-door neighbors. However, of all the chilling cases we have seen, there is none scarier than Donnie Rudd’s. The episode “Who Am I” explores Donnie’s life and lies. Unfortunately, Noreen Kumeta became a casualty after she met Donnie. So, how did Noreen die, and who killed her?

How was Noreen Kumeta Murdered?

19-year-old Noreen Kumeta’s whirlwind of a romance and eventual marriage with 31-year-old lawyer Donnie Rudd ended with her untimely death on September 14, 1973. Less than a month after her marriage to Donnie, the Rudds’ crashed car was found on the side of the road in Barrington Hills, and Donnie was found cradling his dead wife in the front seat. Noreen’s death, which appeared to have been caused by the car crash at the time, was written off as an accident – although no X-Rays were taken, she was pronounced dead at the Sherman Hospital in Elgin, with the cause of death being attributed to a broken neck.

A series of sinister events and four decades later, Noreen’s seemingly innocuous demise became the focus of a police investigation into Donnie Rudd, initiated by Detective-Commander Richard Sperando in 2013. Sperando, who was investigating the murder of one of Donnie’s legal clients, Loretta Tabak-Bodtke, suspected foul-play in Noreen’s “accidental” death and decided to dig up the past. After questioning the police officer who responded to the 1973 car crash in Barrington Hills, Sperando became convinced that something had gone amiss in the investigation into Noreen’s death and won a court order to exhume her corpse and have it examined.

Indeed, Sperando’s suspicions proved to be correct. The subsequent medical examination of Noreen’s corpse revealed that Noreen had died of skull injuries that appeared to have been caused by a blunt instrument and not by a car crash. Consequently, her death was reclassified as a murder, almost half a century after it had happened.

By the time Noreen’s death was reclassified as a murder, the police had already started to suspect Donnie Rudd for the murder of Loretta Tabak-Bodtke, which had taken place in 1991. This, of course, did not happen in a vacuum.

Between 1973 and 2013, several cracks had appeared in Donnie’s life. Following Noreen’s death, Donnie had remarried several times and had been accused of legal misconduct. One of his dissatisfied clients, Loretta, had been shot to death in 1991. Furthermore, Donnie had been disbarred in 1994 due to malpractices about which Loretta had threatened to complain. With Noreen’s death being reclassified as a murder, Donnie, therefore, became the prime suspect, despite his seeming willingness to cooperate with the investigation. However, Donnie’s recollection of the events leading to Noreen’s death was deemed to be unconvincing by the police, and consequently, Donnie was charged with Noreen’s murder in December 2015.

After about ten months in prison, Donnie posted $400,000 to get out on bail while he awaited trial. The trial finally began on June 26, 2018, and after a weeklong trial, on July 2, 2018, Donnie was convicted of first-degree murder by judge and jury. He is currently serving a 75-150 year jail sentence for Noreen’s murder.

However, while justice has been served for Noreen’s tragic murder, Donnie still remains the prime suspect in Loretta Tabak-Bodtke’s fatal shooting in 1991 but has yet to be convicted of the same.