How Did Sarah and Amina Said Die?

A frantic phone call to 911 provides a glimpse into the enormity of the crimes against Sarah and Amina Said that ultimately reached a fatal peak. The sad aspect of their deaths is that the sisters had brought a pattern of abuse and threats to light in the past. They were eventually swept under the rug with statements and accounts recanted at crucial moments. The ‘Crime Junkie’ podcast covers their case, whose harrowing end comes with Sarah’s realization that she’s dying.

In 2008, on New Year’s Day, Amina and Sarah were found brutally murdered in their father’s cab in Texas. Now, murder is an extreme step, and in the case of the Said sisters, the violence gradually escalated, culminating in their killings. Here we take you into the lives of the sisters, how they died, and who killed them.

Who are Sarah and Amina Said? 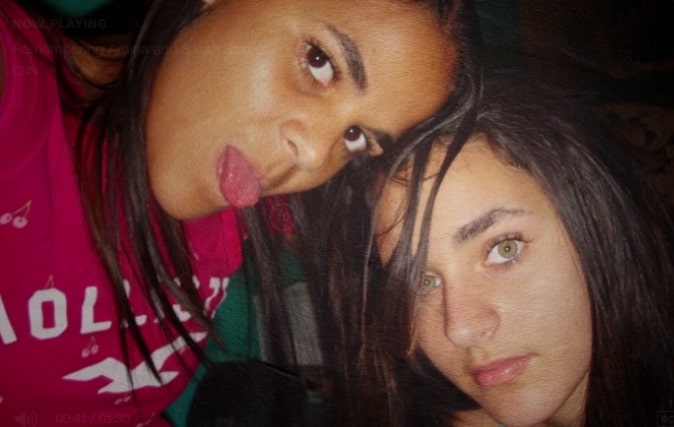 Sarah and Amina Said were born to Yaser Abdel Said and Patricia. The couple had their first child, Islam, when Patricia was 16. A year later, Amina was born, and then Sarah. The former was nine and the latter eight, when they first told their grandmother about being sexually abused by Yaser.

Police interviews reveal that both girls shared gruesome details of what went on, along with their evident fears that Yaser would hit them. Sarah even expressed concern about Yaser’s family – saying she was afraid of her dad and his brothers, that they’d take her. Though a medical examination didn’t find signs of physical abuse, the test didn’t rule out sexual abuse.

After Yaser landed in hot water, he pulled some strings with his family, and the daughters dropped their accounts – saying instead that they lied to live with their grandmother. However, an aunt came forward, revealing that Amina wrote a letter to her pleading that they didn’t want to go back, and had been forced not to pursue their account of events. Patricia, of course, denied the existence of said letter stating that Yaser wouldn’t abuse his daughters.

Careful investigation has uncovered multiple home videos of Sarah and Amina, where the camera’s focused on their chest area or legs. The girls are visibly discomforted with Yaser filming them while they’re sleeping. With things already boiling up at home, a dark turn arrived when Yaser uncovered a love letter from Amina to her boyfriend.

She met Jacob Trotter at the Excel Academy of Tae Kwon Do in Bedford. Despite starting as puppy love, the two soon shared a deep relationship for nearly four years – during which time they fantasized about life together. Amina was naturally fearful for Jacob and denied his existence to Yaser, even saying that the letter was to an imaginary boyfriend.

After the discovery, the Said family vanished only to resurface in Lewisville, the other side of Dallas. The shift didn’t cause any change in Yaser’s abuse, who seemed bent on marrying Amina (aged 16 then) to a 47-year-old Egyptian man she’d never met. While detailing her condition to Ruth, Jacob’s mother, Amina, said how Yaser had once beat her so much that her braces and lips were indistinguishable. Reportedly, he kicked her in the stomach and face with his boots.

The situation got bad enough for Amina to attempt suicide. When she spoke to counselors after the incident, she didn’t divulge all details. Being a minor, what she said would be reported to her parents, inevitably worsening the situation at home.

The Murders of Sarah and Amina Said:

By December 2007, things got bad enough for the girls to flee to Oklahoma. They were accompanied by Patricia and two of their friends. Patricia went back to Yaser after numerous phone calls, and according to reports, she took Sarah with her. Amina followed soon after, responding to Patricia’s pleas. When they returned, Yaser said he was taking the girls out to dinner.

Instead, he shot them eleven times in his cab, before fleeing the scene. In the 911 call placed, Sarah can be heard saying, “Oh my God, I’m dying.” The line with 911 remained open for 42 minutes, and she died while on the call. The girls’ bodies were discovered in a hotel parking lot, inside the yellow cab, by a passerby. The individual called the cops an hour after Sarah’s 911 call, alerting them of the location. At the time, Yaser had managed to disappear without a trace, but after diligent searches, he’s finally been apprehended and will face the consequences of his actions.

Read More: All You Need to Know About Gelareh Bagherzadeh’s Murder