Will There be a How It Ends Sequel? 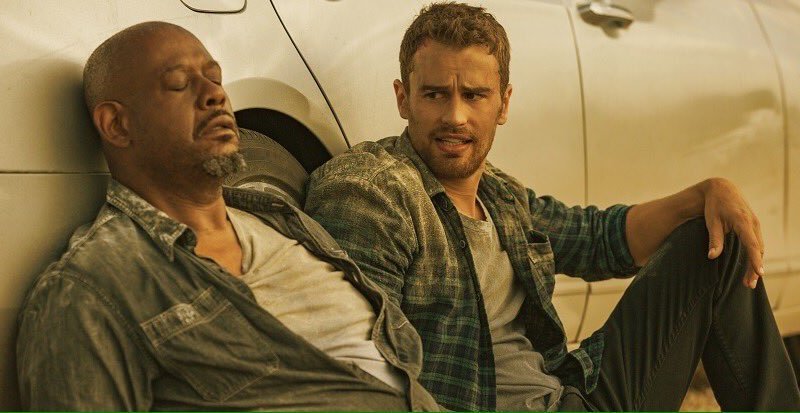 Disaster movies are fun to watch while managing to be scary at the same time. They present us with situations where the world is potentially ending and humanity has to fight for survival. However, the common underlying theme of most disaster movies has been the fact that humanity continues existing, managing to flourish in their own way after facing apocalyptic situations. Unfortunately, ‘How It Ends’ turns the entire premise on its head.

The 2018 Netflix action film comes from David M. Rosenthal and shows an America that seems to have been hit by some inexplicable disaster. It is unclear if someone or something is behind the sudden disasters, or if it is natural. Against the backdrop of this confusion, a man must travel back from Chicago to his pregnant girlfriend in Seattle, hoping to start a new life with her.

Upon release, the movie did receive negative reviews, which would normally mean that a sequel would be out of the question. However, considering the ambiguous tone of the movie and the open-ended conclusion, we cannot help but feel that a sequel to ‘How It Ends’ is needed to clear things up. Therefore, we bring you everything we know about ‘How It Ends 2’.

How It Ends 2 Plot: What Can It Be About?

‘How It Ends’ has an extremely ambiguous plot and an equally open-ended conclusion, leaving much to the imagination. In fact, a lot of the film is held together by intrigue about what might actually be happening. That being said, towards the end of the movie, we see the couple at the center of the story finally united after several hardships. They are seen driving away from Seattle, which is almost destroyed by this point. As they escape an all-engulfing cloud, they promise to stick together and love each other no matter what happens and drive north.

This raises some pretty interesting questions. Firstly, the couple’s survival is not assured. However, for the sake of the sequel we should assume that they have made it out and are somehow still continuing north. This is definitely where ‘How It Ends 2’ is going to pick up. Once the survival of the central characters is established, we hope that the sequel will finally shed some light on why these disasters are taking place.

As far as the first movie is concerned, there are plenty of inklings at various sources. The couple’s neighbor Jeremiah seems to suggest that a war is about to break out. However, we are unsure if the enemies are mere terrorists or if they are extraterrestrial in nature. There are also some Biblical images used, which hints at an oncoming apocalypse. All communications seem to be down and the flight of pigeons suggests that other natural disasters are on the way.

The sequel will definitely clear up the cause behind the disasters, and the movie could go with either choice. What we really liked in the first part is the show of lawlessness that erupts when disasters like this strike. Therefore, the sequel could take on the tone of a ‘Mad Max‘-like postapocalyptic movie where the couple has to try and survive in a land where might is right. Alternately, if the film does plan on continuing to show us the apocalypse as it unfolds, it will surely turn the focus to a global scale than just keeping it tied to what is happening locally in America.

The first movie insinuates that all the satellites around the world are down, which means whatever is happening in America is affecting the world as well. It would be nice to see the bigger picture, now that the first film has acquainted us with the characters who will help to keep the narrative grounded. Once we see the bigger picture of the disaster unfolding, the sequel could show us how the world comes together in surviving and how the central characters are instrumental to it somehow.

There are several directions that a potential sequel could take, but one thing is for certain, ‘How It Ends’ does not provide too many answers while raising far too many questions. It is up to the second movie to give the viewers answers that will help to understand what has unfurled in the film.

In the event that a sequel to ‘How It Ends’ is made, Theo James will be back in the role of Will, who was shown to be a lawyer. Some character traits were offered to the viewers, but we look forward to knowing more about Will in the upcoming movie. Another character who is bound to return is Sam, Will’s pregnant girlfriend who he intends to marry. Sam and Will profess their love to one another by the end of the movie. Kat Graham plays the role of Sam but very little was offered up about her character except for the fact that she was pregnant. Hopefully, the sequel will help unpack more details about Sam.

Grace Dove appears as Ricki, an auto mechanic, in the first film, and though she leaves Will midway on his journey to find Sam, Ricki remains an extremely fascinating character with immense potential. Thus, we hope that the sequel brings back Ricki somehow and we see her teaming up with Will and Sam.

How It Ends 2 Crew: Who Can Be Behind It?

‘How It Ends’ has been helmed by David M. Rosenthal with a script from Brooks McLaren. Since Brooks is a Hollywood Black List scriptwriter, we expect him to be back for the sequel and Rosenthal should be back in the director’s chair as well, seeing as how he held the movie together in the first part.

How It Ends 2 Release Date: When Can It Premiere?

How It Ends 2 Trailer:

‘How It Ends 2’ does not have a trailer yet, but you can check out the trailer for ‘How It Ends’.