How Much of Moneyball is True?

America’s love affair with baseball is a timeless story and one that American cinema has told many times over. Hollywood has produced many a homage to the sport, from the classic ‘Field of Dreams’ to the inspirational ‘Million Dollar Arm.’ But the movie that eclipsed them all, in imagination, scale and more, is ‘Moneyball.’

Baseball legend Yogi Berra, once famously said, “Baseball is 90% mental, the other half is physical.” ‘Moneyball’ sets out to prove him right. At its core, ‘Moneyball’ builds itself to be a parable. It poses as the age-old story of convention versus innovation told through the lens of sport. Its protagonist, the dashing Billy Beane, general manager of the Oakland Athletics (fondly nicknamed the A’s), sets out to bring 21st-century ideas to the age-old baseball mound.

What is Moneyball About? 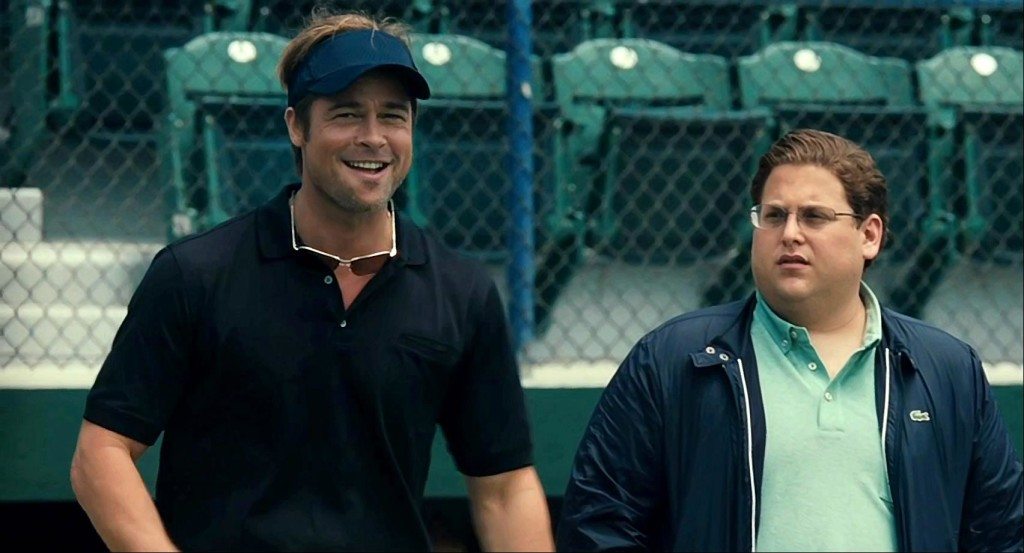 Circa 2002, the A’s are facing a losing battle. With a menial budget and a dwindling number of top players, the A’s, and Beane, are close to staring defeat in the face for yet another baseball season.

Enter Peter Brand. The Ivy League-educated Brand inducts Beane into the creed of sabermetrics. Sabermetrics is a form of numerical analysis of baseball records that can help scout potential players.  For all its complex terminology, ‘Moneyball’s’ sabermetrics is fairly simple. The theory posits that while individual star players can bring a match home, a combination of talents, with each player playing their own part, is more valuable. And by investing in such undervalued resources and divesting from overvalued ones, small teams can even odds in favor of bigger teams.

With the use of sabermetrics, Beane and Brand change the fate of the A’s and the sport of baseball forever. The A’s go from losing the first 11 games of the season to securing a record-breaking winning streak of 20 games.

Is Moneyball based on a true story? 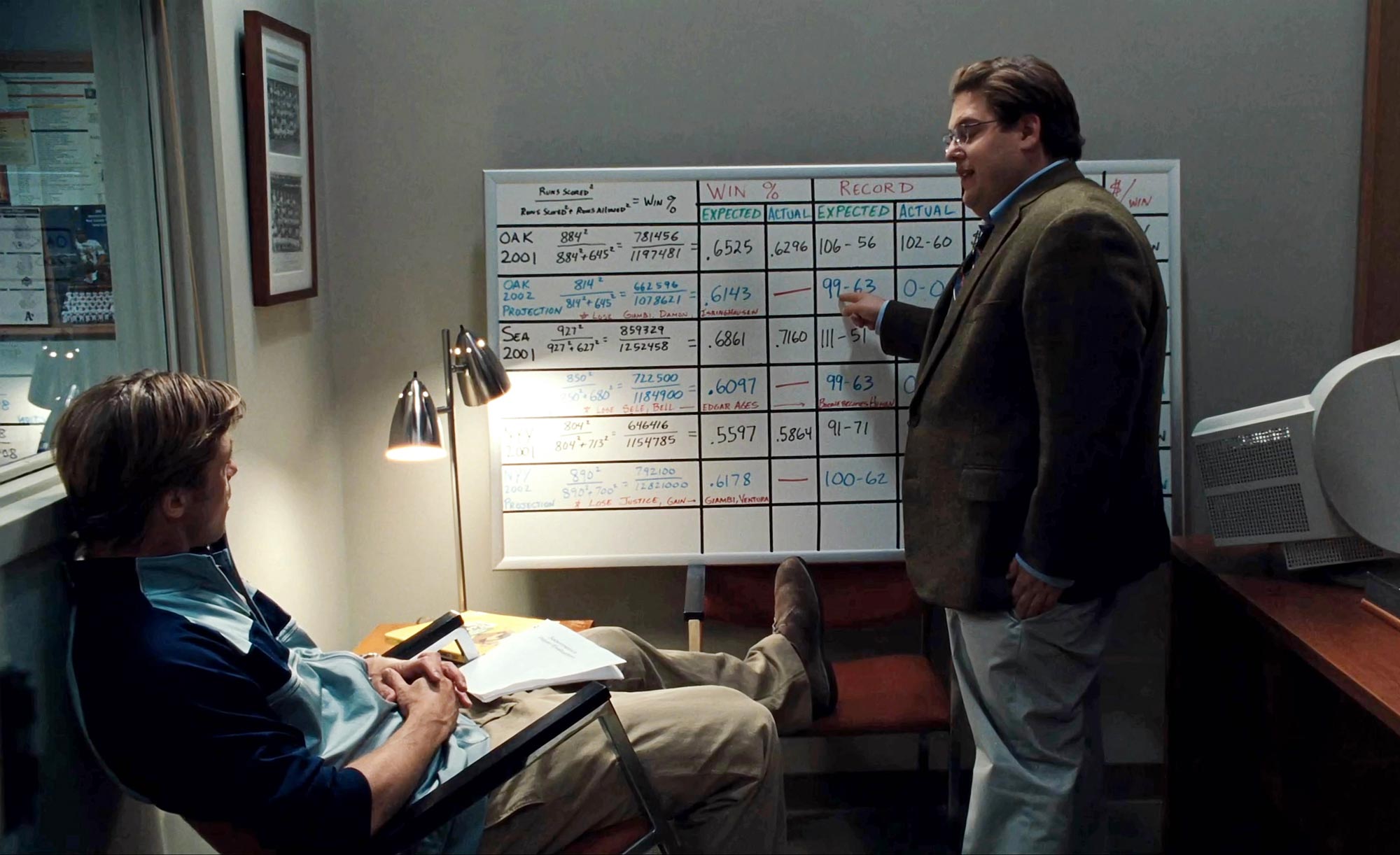 However fantastical the story may sound, ‘Moneyball’ is indeed inspired based on a true story. The movie is adapted by director Bennett Miller and writers Aaron Sorkin and Steve Zaillian from the eponymous book by Michael Lewis (of ‘The Big Short’ fame).  However, critics contend that the movie walks a fine line between fact and fiction. To what extent does ‘Moneyball’ dramatize real-life events? Let’s find out.

The ‘Moneyball’ theory serves as a perfect metaphor for Beane’s own life story. After being labeled a washout athlete, Beane’s playing career prospects looked less than promising. Undervalued by his beloved sport, he turned to a career in team management and found his true calling. The film portrays this in perfect harmony. But what comes next is where the lines between real and reel get real blurry.

When ‘Moneyball’ needed an adversary or two to Pitt’s hero, Beane is shown clashing with colleagues skeptical of the sabermetric methods he swears by. Grady Fuson, the A’s scouting director, and Art Howe, manager, are made out to be ‘Moneyball’s’ antagonists. Reality tells a different tale.

In the film, Beane fires Fuson after the latter questions Beane’s radical approach to scouting. In actuality, Fuson had made an amicable exit from the team after gaining a reputed position with the Texas Rangers. Howe, too, was depicted as hostile to Beane’s progressive ideas and set in his ways. Howe, in an interview with SiriusXM’s Mad Dog Radio, expressed his displeasure about his portrayal, saying, “…it is very disappointing to know that you spent seven years in an organization and gave your heart and soul to it and helped them go to the postseason your last three years there and win over 100 games your last two seasons and this is the way evidently your boss [Beane] feels about you.”

Howe’s not the only person unhappy with his portrayal. The character of Peter Brand, who plays Beane’s data-crunching sidekick, was based on baseball firebrand Paul DePodesta. The movie largely portrays DePodesta as a shy spectator of the sport. In reality, DePodesta was a seasoned athlete and a budding baseball scout. DePodesta was reportedly so disappointed with his portrayal in the movie that he requested that all likeness to him be changed.

Moreover, unlike the movie, the dynamic duo of Beane and DePodesta didn’t set out to be mad baseball scientists trying to upend the game. They were merely trying to make it a cost-effective one. In fact, DePodesta and Beane weren’t even attempting to make data the star of the game. Instead of discarding the instinct and emotion that went into scouting new talent, they merely wanted to complement it with hard data. In DePodesta’s own words, as told to The Washington Post, “There are human elements that go into the development of players. It’s probably a little dangerous if we just disregard that. On the other hand, there’s no question in my mind that the data is important. Virtually everybody in the industry at this point would agree.”