Is How to Build a Girl a True Story? 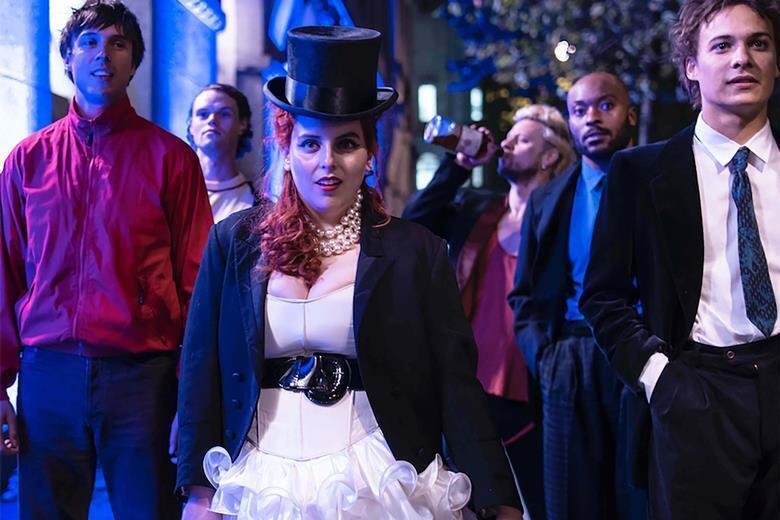 ‘How to Build a Girl’ might sound like the title of a science-fiction novel. However, the comedy movie is actually one of the most earnest and relatable coming-of-age flicks out there. The film’s protagonist is a boisterous and sometimes, painfully honest teenage girl who is “building herself” to be a cool girl but has to unlearn some of her construction later on.

To be more specific, the film follows the character of Johanna Morrigan, who grew up in a Wolverhampton estate. Yearning to find her own voice, she heads to London of the ’90s, thanks to her writing. She finds work as a music journalist. The movie stars Beanie Feldstein, Alfie Allen, and Paddy Considine.

Is How to Build a Girl Based on a True Story?

The answer to this question is slightly complicated. You can say, How to Build a Girl is partly based on a true story. The film is an adaptation of a novel of the same name by Caitlin Moran. The novel has been described as semi-autobiographical by various sources. One of the reviews for the book on The Guardian criticizes Moran for frequently confusing the protagonist’s voice with that of her own. The reviewer. Barabara Ellen says, “The journalist’s raucous second novel owes much to her own odyssey from council estate to 90s London.”

In the “About the Author” section of her novel, Moran mentions how she was “brought up on a council estate in Wolverhampton where she was home-educated, wore a poncho and had boys throw stones at her whilst calling her ‘a bummer.'” The similarities between Moran’s and Johanna’s lives are pretty obvious.

However, Moran has very clearly denied the fact that her novel is autobiographical. She has maintained that it is completely fictional. In the “Author’s Note” section, Moran writes how ‘How to Build a Girl’ is “a work of fiction. Real Musicians and real places appear from time to time, but everything else, the characters, what they do, and what they say, are the products of my imagination.”

Quite clearly, Moran writes how “Johanna is not me. Her family, colleagues, the people she meets and her experiences are not my family, my colleagues, the people I met or my experiences. This is a novel and it is all fictitious.” Hence, ‘How to Build a Girl’ can be considered a story which is written by someone who takes lots of inspiration from her own experiences and molds them into a fictional tale for creative purposes. There is some part of each and every writer in their work, after all.

Despite others pointing out similarities between Moran’s life and that of her novel’s protagonist, it must be Moran whose word must be taken as final. She is the one who wrote the novel and experienced her life first-hand after all. Before ‘How to Build a Girl’ (the book) begins, Moran thanks her parents, saying, “To my mother and father, who thankfully are nothing like the parents in this book, and let me build the girl how I wanted.”