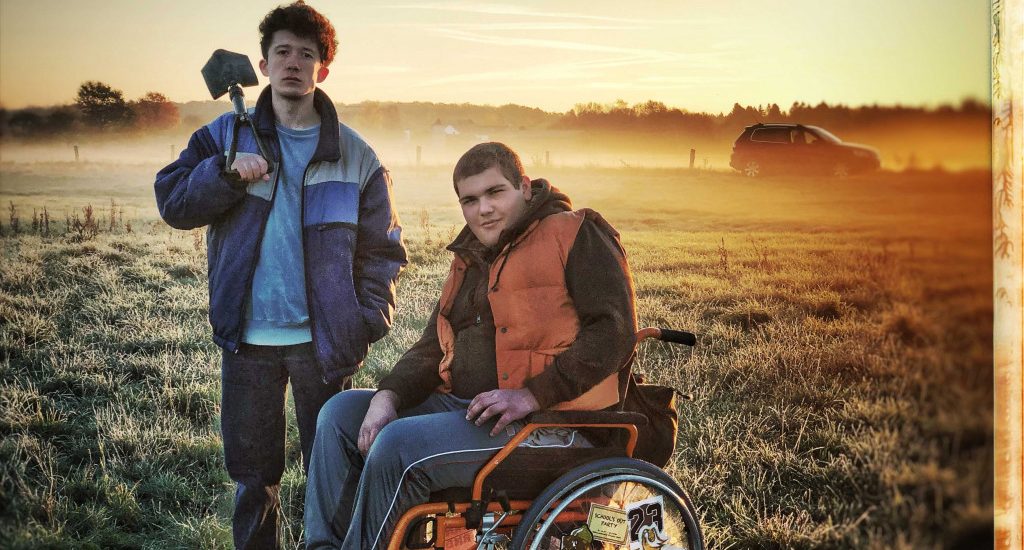 Stories about drugs and the people who make themselves rich in this business have always been captivating to the audience. Television, particularly, has taken very well to the genre, and shows like ‘Breaking Bad’, ‘Narcos’, and ‘ZeroZeroZero’ have presented the viewers with different facets of this world. ‘How to Sell Drugs Online (Fast)’ is yet another entry in this list, but it surprises the viewers by straying entirely from the serious and often gory tone of these shows that have mostly old people fighting for the monopoly on the trade.

The Netflix series brings a twist to the story by putting teenagers at the center of it. What’s more interesting is that it mostly takes place in the basement of some house in a small town named Rinseln. Does this place really exist? Where is ‘How to Sell Drugs Online (Fast) Filmed? Let’s find out.

Where is How to Sell Drugs Online (Fast) Filmed?

‘How to Sell Drugs Online (Fast)’ might seem like a story that revolves around the emergence of a drug empire, but it is much more about a silly teenager from a small town in Germany. The surroundings of Moritz are just as important as his inflating business. The creators wanted to emphasize on this characteristic of the story, the thing that makes it so relatable and makes it feel so close to home. They wanted it to be the story that could take place anywhere, and for that, they wanted to keep it confined in an ambiguous place, rather than shifting it to somewhere like Berlin or even Leipzig, which is where the original events took place.

Rinseln is not a real town in Germany, but it certainly looks like any other town. For bringing this universal touch to the place, the crew took to filming in a place that would allow them to shoot on location while dodging any hallmarks that would make it identifiable on the screen. They found it in Bonn. The crew was spotted filming all over the town. The neighboring city of Cologne also features in several scenes of the series.

To create the fictional town of Rinseln, the production of ‘How to Sell Drugs Online (Fast)’ took to several locations all over Bonn. Several scenes were filmed in and around Ippendorf. Some scenes concerning the exteriors of the residences of the characters were filmed in Spreestraße.

One of the important locations in the show is the school. Despite making a huge amount of money by selling drugs, Moritz still has to go through the regular ordeals of high school. For these scenes, the production sought out an unlikely location. A former educational facility of the Federal Foreign Office in Gudenauer Weg was used to create the high school in Rinseln.