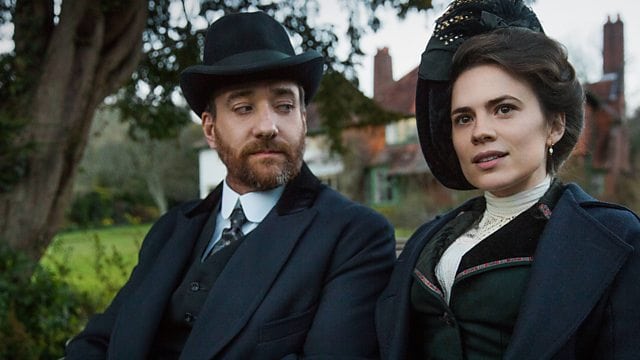 ‘Howards End’ is a British-American television drama miniseries based on the novel by E. M. Forster. It is a four-part series that is the result of a co-production between the British network BBC One and the American network Starz. It first premiered on 12 November 2017, in the United Kingdom and on April 8, 2018, in the United States. Forster is known for having created some great works of literature including ‘A Room With a View’ and ‘Passage to India’. ‘Howards End’ also ranks among the author’s best works and it fell upon Kenneth Lonergan to adapt the novel for the series, with Hettie MacDonald directing it.

The show is a clever and close look at the divisions in class and society in 20th century England through three intersecting families. We have the Wilcoxes who are very wealthy, the idealistic and gentle Schlegels, and the Basts, who represent the lower middle class. Before you read on about the show, if you have read the novel you will appreciate the work by Lonergan to a greater degree.

Remaking a classic is no easy deed, and though we will go into greater detail about why ‘Howards End’ is a success from this perspective, suffice it to know for now that everything falls into place to make this remake a success, and this is a series you do not want to miss. Critics agree with the opinion placed above, and they have said, “Hayley Atwell shines in ‘Howards End’, a beautiful, if borderline superficial, adaptation of a much-revered book.”

Howards End Cast: Who is in it?

Howards End Plot: What is it about?

The storyline of ‘Howards End’ focuses on two sisters who end up leading completely different lives, but things eventually fall in place, and after a tragic loss they come together and let us say that the Wilcoxes become more open to the idea that the sisters believed in.

The plot of ‘Howards End’ is based on the novel by E.M. Forster which depicts the shifting dynamics of social and class divisions in 20th century England through the perspective of three families: the intellectual and idealistic half German Schlegels, the wealthy Wilcoxes from the world of business and the working-class, Basts. The entire story of the mini-series is centered on the two Schlegel sisters, Helen, and Margaret who seek the upliftment of the Basts and to get rid of the privileges of the Wilcoxes. The beliefs of the two families (Wilcoxes and Schlegels) are way different from one another. They first met on a trip to Germany, and since then, they were being invited to the house at Rooks Nest called Howards End. Despite the differences, Helen falls in love with the charm of Paul Wilcox and eventually ends up marrying him. Then they both realize that it was a mistake and hence by mutual consent, they separate.

When Wilcox family moves to London, Margaret befriends Ruth, wife of Henry Wilcox, who gives away Howards End to Margaret on her deathbed but no one informs Margaret about that. After a few years, both families become friends again, and Margaret is proposed to by Henry, and she accepts it. Meanwhile, Helen keeps trying to help Leonard Bast who lives (not married) with the former mistress of Henry, and upon acquaintance with the Basts, Henry breaks the engagement thinking of this whole thing as a dark plot. But then the matter gets sorted out by proper consent (mostly because Henry mistreated his mistress in the first place).

Meanwhile, Helen falls in love with Leonard and gets pregnant. She tries to hide it, but eventually, this matter comes to light when their aunt falls sick, and she comes to visit her from Germany(no, she didn’t go on vacation but to hide the truth and herself). The confrontation takes place at Howards End where Leonard (who has not heard from Helen for a long time visits there) ends up dead because Charles (worst of the Wilcoxes) loses his cool and pushes Leonard (who has a weak heart due to a disease) towards the cabinet which falls on him and he dies. Charles is eventually charged with manslaughter which causes him to be imprisoned. Margaret sees a way to resolve the conflict, which is by making a complex, thoughtful, and a remarkable and moral choice to stand by her sister, while at the same time reversing her decision to leave her husband. The Wilcoxes gets some sense of humanity and sensibility and learns a good lesson for a lifetime. Helen’s son from Leonard inherits Howards End. That’s it. Happy ending.

However, while the story might seem straightforward, it is very complex to remake a classic. Due to the usual scrutiny attached to it, most show makers tend to modernize the plot, thus making a bold departure and avoiding comparison. Otherwise, they focus too much on the details and the period pieces to get the story correct. The perfect remake of a classic must also have some re-imagination attached, which is what Lonergan brings to the table. Using the novel as the source he makes the dialogues stand out so that the nuances of the intersectionality and the divisions become clear. While setting the show in Edwardian England, the show does not get caught up in what critics often refer to as period porn, that is ensuring every frame and costume is accurately pointing at the period the show is set in. Instead, ‘Howards End’ downplays this bit while playing up the fierce nature of the Schlegel sisters who make their presence felt. This is compounded by some stellar acting on the parts of Hayley and Philippa.

The Hollywood Reporter best sums up the series, saying, “Expertly paced — no corners cut, but not flagging, either — and buoyed by subtle shifts in tone mostly rendered through fine performances, this new Howards End is both deftly separate from the classic and successful on its own merits.”.

Howards End Season 2 Release Date: When will it premiere?

‘Howards End’ Season 1 premiered on November 12, 2017, in the UK and on April 8, 2018, across the pond in the US. While the series was well loved by critics and fans, it was always intended as a miniseries and the final episode was declared to be the season finale and the end of the story as written originally by Forster. Thus, for all practical purposes, ‘Howards End’ Season 2 stands canceled, but you will see no regret on our part because the story it tells in one season is incredibly impactful.

You can check out the trailer for ‘Howards End’ below. If you have not seen the series, we strongly urge you to check it out.