When Will Hunter Street Season 4 Premiere on Nickelodeon? 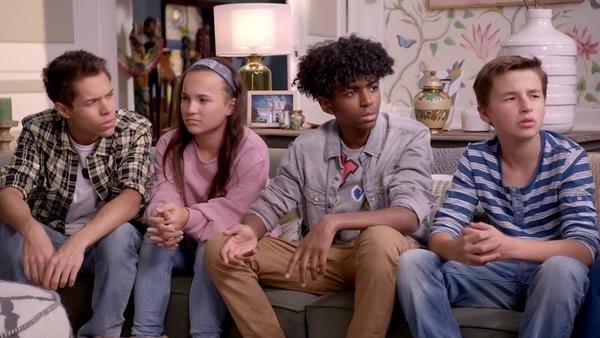 Imagine a situation similar to ‘Home Alone‘, but with a lot more kids and based in Amsterdam. You get ‘Hunter Street’, the comedy-adventure series that has been created by Reint Schölvinck and Melle Runderkamp. Notably, the series first aired on Nickelodeon as a sneak peek, on March 11, 2017, before making its official premiere on March 13, 2017. As of the third season, ‘Hunter Street’ has moved to TeenNick.

‘Hunter Street’ is centered around a group of kids who must solve a mystery in order to find out what has happened to their missing foster parents. Hulu subscribers can stream ‘Hunter Street’ on the platform as well, but what you must be wondering about is whether there will be a Hunter Street season 4?

Hunter Street Cast: Who Is In It?

The cast of ‘Hunter Street’ includes Stony Blyden as Max, Mae Mae Renfrow as Tess, Kyra Smith as Anika, Thomas Jansen as Daniel, and Daan Creyghton as Sal. The group of foster kids gets up to all sorts of adventures in the first season. In the second season, they are joined by Wilson Radjou-Pujalte as Jake and Kate Bensdorp as Evie. The third season sees Eliyha Altena as Oliver and Sarah Nauta as Jasmyn join the cast. Ronald Top and Tooske Ragas appear as Erik and Kate Hunter, the parents.

It is evident that ‘Hunter Street’ keeps making additions to its cast over the seasons so that fresh faces can embark on adventures with some of our familiar and beloved characters. Season 4 should not be any different in this regard.

Hunter Street Plot: What Is It About?

‘Hunter Street’ tells the story of the foster kids who happen to live in an imposing canal house in Amsterdam along with their parents. The house also serves as a museum. The adventures of the Hunter family begins when Kate and Erik disappear under mysterious circumstances. The five stepchildren are drawn into a thrilling adventure where the secrets of the Hunter family eventually begin to unravel. Their first night at the house itself turns out to be this exciting, and the excitement only increases hereon as the children embark on a suspenseful and epic family adventure that includes exploring secret tunnels, racing boats through canals, and uncovering hidden treasures.

However, the kids are not just focused on solving the mystery in order to find their parents. They have to do all they can to keep the household running. It also falls upon the kids to fight off the duplicitous heirs and old rivals of the family, while preventing others from finding out that their parents are gone. Over the seasons, we have seen the kids face various obstacles but they always come together and rely on teamwork to get them through the toughest situations.

Dealing with ghosts, meddlesome relatives and family mysteries can seem to be too overwhelming for a show that is targeted at kids. However, ‘Hunter Street’ does it all with a dash of humor. In fact, even potentially scary scenes, like visiting a cemetery or encountering a haunting spirit is more funny than scary. There is a lot of fun as the kids try to run the home by themselves, in the absence of the parents. However, the most praiseworthy point of the worry-free story is the unique family structure that the characters are a part of.

‘Hunter Street’ seems to drive home the message that family is more about the emotional bonds that are formed, not the biological ones imposed at the moment of birth. Over the seasons, the show has given us some fun-filled adventures, which is what viewers will be looking forward to when the upcoming season arrives.

Hunter Street Season 4 Release Date: When Will It Premiere?

‘Hunter Street’ Season 3 premiered on July 29, 2019 and came to an end on September 27, 2019. Considering the popularity of the show, it seems to fair to assume that Nickelodeon will be looking to renew it for another season. Once Season 4 is greenlit, it will take some time to shoot, which gives us a fair idea of when it might release. The earliest we can expect ‘Hunter Street’ Season 4 to release is sometime in the summer of 2020, perhaps July 2020. However, we will wait for an official announcement to update the actual release date.

‘Hunter Street’ Season 4 does not have a trailer yet, but you can check out the trailer for Season 3 in the meanwhile. If you have not seen the series and happen to be in the mood for some adventures and fun, we definitely recommend the show.