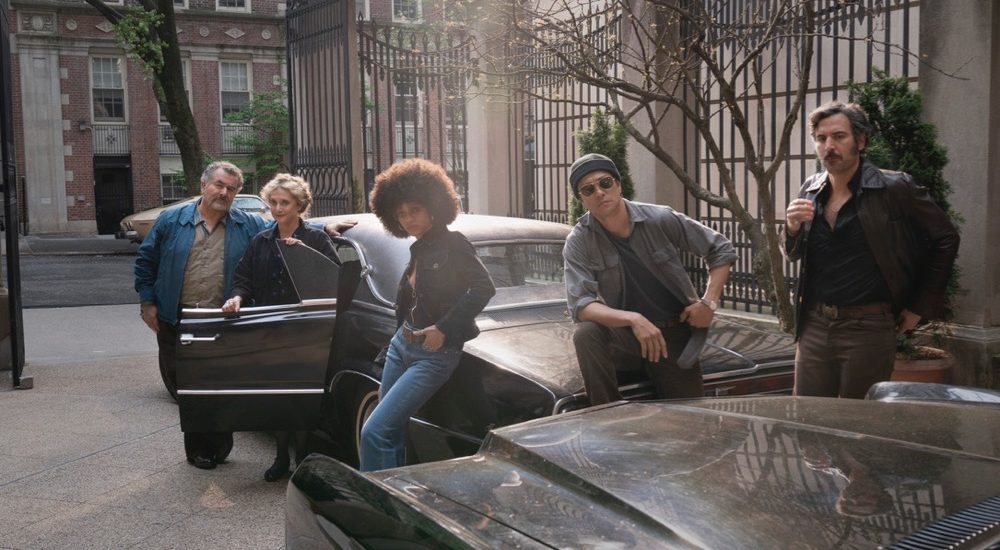 Amazon’s ‘Hunters’ is a television series that draws in viewers on several different accounts. Firstly, there is the casting of Al Pacino and Logan Lerman, headlining its appeal. Next, the fact that Jordan Peele is attached to the project as an executive producer hints at the series having mature, thematic depth.

Despite all of that, the first episode turns out to be a well-painted but messy and abstract hodgepodge of various ideas that fail to provide coherence in tone. The series seriously needed some direction and thankfully, the second episode provides glimpses of that. ‘Hunters’ finally seems to shape its own feel, shedding off comparisons to a wide number of projects.

The Amazon show follows a bunch of vigilantes who are determined to take down hundreds of Nazis plotting a Fourth Reich in the United States of America circa 1977.

The second episode of ‘Hunters’ finally focuses on the team of Nazi hunters, unlike the first episode. Jonah manages to decode a letter retrieved from Heinz Richter. The decoded message provides the location of a certain Karl Holstedder. Then, the team is introduced in a slick fashion.

There is Sister Harriet, a nun. Lonny Flash is a master of disguise while Roxy is a counterfeiter. Joe Mizushima is a “human weapon” while Mindy and Murray are weapons experts. Jonah is known as the codebreaker. He finds out that his grandmother built “the Arch,” a collection of records from survivors and other sources.

Karl Holstedder was a radio engineer and a sadistic German officer who would hold singing competitions on the radio at Buchenwald. Ten Jewish prisoners would be made to sing for their lives and all but one would get shot for singing poorly. Then, Offerman tells Jonah how he had used the services of a Jewish matchmaker in 1976 to gather the team.

In Glen Rock, New Jersey, Morris goes to Hans Fisher, the brother of Dr. Fisher who died in the last episode. Hans is not home and his wife tends to Morris. Morris snoops through Hans’ drawer and takes an envelope with his old photos from Germany. On the other hand, the Colonel uses one of her men to honey trap a Senator and make him lift sanctions on South American goods.

Offerman’s team infiltrates Holstedder’s apartment and ties him. Lonny and Roxy find a secret room that houses a secret radio station. The team suspects the station might be being used to send secret messages to the other Nazis in the USA. Offerman plays music on a really high frequency to torture Holstedder, in order to find out where the secret radio station has been broadcasting to.

Murray and Mindy figure out that the radio is broadcasting to the Tri-state area. Jonah is asked to keep a watch on Holstedder. Holstedder asks for a glass of water and starts to tell Jonah about a ringing noise that he hears in his ear. He warns Jonah of going through the same if he continues down this path.

When Jonah approaches Holstedder with the glass, Holstedder manages to hold Jonah. Joe shoots him, but after hitting Karl, it strikes a server, stopping the broadcast. The team hurriedly leave. Jonah feels morally repulsed at the violence caused by the team. Offerman calms him down.

Travis “The Handler” Leich holds Detective Sommers’ family hostage. To avoid them going through any pain, Sommers tells him about Dr. Fisher’s photo and the involvement of Morris in the case. Then, the Hunters go to a synagogue to chant the Mourner’s Kaddish in honor of Jonah’s grandmother. Suddenly, Jonah starts to sense a ringing in his ear and gets freaked out by the blood on his nails. He leaves the synagogue and washes his hands vigorously. His ears bleed, but the ringing continues.

The episode ends with a map of Queens with ‘July 13’ written on it.

As stated earlier, the second episode of ‘Hunters’ seems to find some footing and direction. The episode is certainly more fun than the previous one and one of the reasons for that is the toning down of the stylistic elements. The plot moves much quicker and in a more focused manner.

Moreover, the introduction of the team certainly makes it more interesting. These characters, which are central to the series, should have been given way more screen time in the first episode. This episode proves why. The team dynamics lead to intriguing sub-plots surrounding Jonah’s acceptance into the group.  Plus, their introduction needs to be mentioned as well. All the characters are introduced in shots that are tailored to look like motion posters. Such a deliberately introspective filmmaking technique proves to be pretty effective in presenting something cool, slick and fun while maintaining maturity in the fimmaking process at the same time.

Other than that, the series also tackles an ethical dilemma that is not witnessed in Nazi-bashing movies often. Generally, Nazis turn out to be easy antagonists for writers. However, Jonah feeling uneasy about the idea of taking justice in one’s own hands is certainly a mature spin.

Furthermore, is this episode an indication of a format for the series? Will it employ something like a Nazi-of-the-episode format? Will each episode focus on one target that the team ought to take down with an overarching narrative playing simultaneously in the background? Only time will tell.