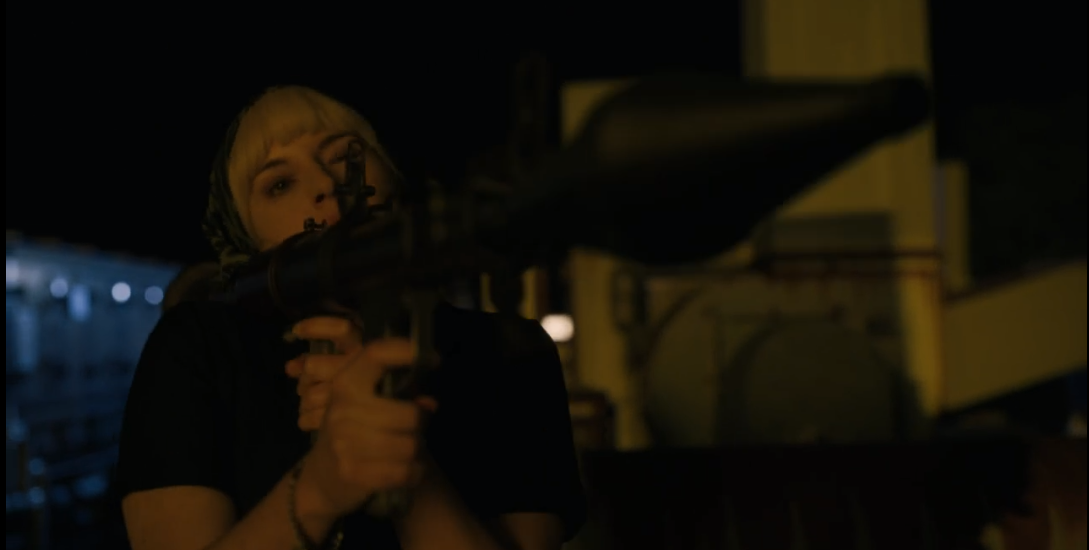 ‘Hunters’ is here. It has managed to land successfully after a turbulent initial phase. Gradually, the show has managed to justify the potential of several prominent persons responsible for the series. Al Pacino and Logan Lerman are a part of the movie’s cast while Jordan Peele serves as the executive producer.

The Amazon show follows a group of Nazi-hunters as they try to hunt and kill WWII veterans living in the United States. The period tale has managed to weave a deep, heavy and engaging narrative around actual historical events while taking inspiration from conspiracies and the creative liberty of fictionalization. Despite charting such challenging waters, it manages to provide a compelling message that is sure to transform the viewpoint of every single viewer.

A segment shot like a television commercial highlights Operation Paperclip and ends with “Yup. That shit really happened.” Biff goes to his friend’s house as he is in hiding. His friend is none other than Morris’ superior, Harris Grimsby. Meyer consoles Mindy.

Leich tells the Colonel that he killed Tobias because he could. Sister Harriet and Lonny head to the Schindler Corp. building. They kidnap a high-ranking employee. Sister Harriet threatens the employee with a blowtorch. He tells Lonny and Sister Harriet that the poisoned corn syrup will be dispatched at 8 pm on that day.

The team has to infiltrate the factory. Lonny disguises himself as the high-ranking employee that he and Sister Harriet got the information from. Joe and Jonah sneak into the building in Lonny’s truck.

Morris goes to Grimsby’s house and captures Biff at gunpoint. At the Schindler Corp. building, Jonah crawls through the exhaust to place bombs at strategic locations inside the building. Rather than chronicling the “heist”, we will jump right through to consequential parts of the episode.

Lonny manages to reach the control unit of the plant. he raises the temperature so that the poison would deactivate. All hell seems to be on the verge of breaking loose when Leisch recognizes Lonny. However, Joe comes to the rescue like a true human weapon with guns in both hands! A truck filled with poisoned corn syrup tries to leave the compound. But Sister Harriet attacks it with a rocket launcher! The bombs go off and the building is on fire!

Morris reaches Schindler corp and sees Jonah running. She leaves Biff handcuffed in the car and runs behind Jonah. She sees Jonah and Leisch fighting. Jonah manages to come on top of the skirmish and is ready to shoot Leisch when Morris stops him. She convinces him to spare Leisch and let him suffer in jail. Biff manages to escape by breaking the car’s door that he had been handcuffed to.

Meyer picks up the Colonel pretending to be her driver. However, mid-journey, the Colonel manages to retrieve a gun concealed in the car’s seat and shoots. Meyer loses control of the car and the vehicle falls off a bridge into a water body.

‘Hunters,’ you beauty! One of the best feelings in the world is to have one’s patience be rewarded with a fleshy fruit. The ninth episode of the series is that mango whose plant took its sweet time to grow into a tree. Eventually, it started to blossom and take an imposing shape till the fruit finally ripened majestically this episode.

The episode is titled ‘The Great Ole Nazi Cookout of ’77’ and that is exactly what this episode is all about. The team finally shows off its true potential with all its members getting the opportunity to do what they do best. Every single character gets a moment to shine as ‘Hunters’ proves to be a training manual on how to nail an ensemble cast.

This is the major resolution that the series had been teasing and it arrived an episode earlier than my expectations. Of course, that leaves me to wonder whether there is enough material for an engaging season finale. What more can this kick-ass team really achieve?

The possibility of a second season will only be confirmed after the tenth episode. However, if this turns out to be the last penultimate episode of a ‘Hunters’ season, I am satisfied. This one is a definite swashbuckler- favoring brawns over brains. But ‘Hunters’ positions itself as a provider of both these. Hence, the ninth episode turns out to be impeccably timed after the tragedy witnessed in the previous episode.