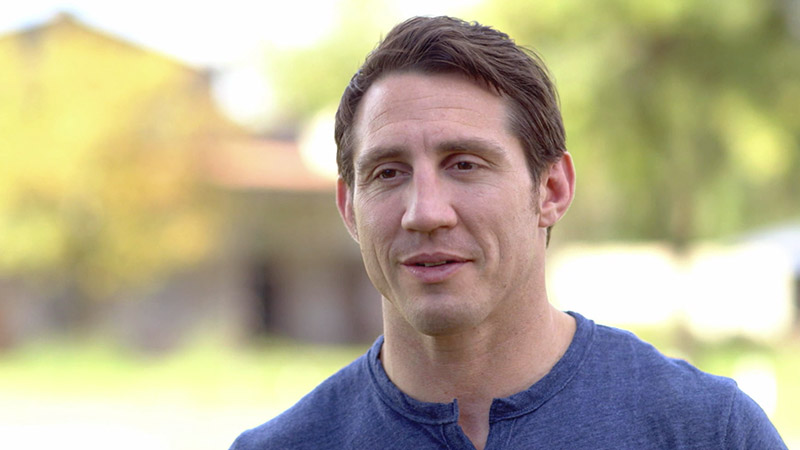 ‘Hunting Hitler’ is a rather unique historical television series that, unsurprisingly, airs on the History Channel. Directed by Jeffrey R. Daniels and Clint Lealos, the show explores the hypothetical case of Adolf Hitler escaping his bunker in Berlin at the end of World War II. If Hitler really faked his death and escaped, as certain declassified documents seem to indicate, how could he have done so and where could he have gone? This is the central question the show concerns itself with. Confused? Don’t worry, we’ll explain in a bit.

‘Hunting Hitler’ is a pretty new show, and Season 1, consisting of eight episodes, premiered on November 10, 2015. Unsurprisingly, it piqued the interest of World War II geeks and researchers, prompting History to renew the show. Subsequently, Season 2, also consisting of eight episodes, premiered on November 15, 2016, and it was followed by the premiere of an eight-part Season 3 on December 26, 2017. Of course, the search for Hitler can’t go on forever, and History pulled the plug on the show after its third season.

Hunting Hitler Cast: Who is in it?

Hunting Hitler Plot: What is it about?

Before we delve into the show, let’s brush up on history a little. At the end of World War II, with Berlin surrounded from all sides, Hitler, it has been widely accepted, took his own life in Führerbunker near the Reich Chancellery in Berlin where he had been hiding. On April 29, 1945, Hitler reportedly came to know that his Italian counterpart, Benito Mussolini, had been executed by the Italian resistance movement. The news of Mussolini’s brutal execution presumably made Hitler determined to avoid capture, and on April 30, 1945, when the Soviet Army was within two blocks of the Führerbunker, Hitler reportedly took his own life, while his new wife, Eva Braun, reportedly committed suicide by biting into a cyanide capsule.

As the story goes, or rather as history has it, Hitler and his new wife’s bodies were then taken outside to the garden behind the Reich Chancellery, doused in petrol, and burnt to a crisp. When the Soviet Army found the bodies, they were completely burnt, and only a lower jaw and dental remains could be identified as Hitler’s, and this identification was done by the Soviets. While this was evidence enough for many, others doubted Hitler’s death, especially US authorities who could not independently verify it and had to rely on circumstantial evidence and hearsay that Hitler had taken his own life to avoid capture.

Consequently, following Germany’s surrender on May 2, 1945, and in the years which followed, there was a significant concern among US intelligence that Hitler, like so many other high-ranking Nazis, might have faked his own death, and might have fled his bunker in the chaos that reigned over Berlin in the final days of the war. The documents which raised these concerns were recently declassified, and it is on these documents that the show is based on.

Armed with over 700 pages of declassified FBI documents, ‘Hunting Hitler’ painstakingly try to solve a case that went cold over seven decades ago. For the same, the show uses cutting-edge modern day technology and brings in some of the foremost experts in the various field to piece together pieces of the puzzle in the hopes that it can conclusively put the mystery behind Hitler’s death to rest. Of course, the investigators don’t expect to find Hitler today, but they hope that they can build a convincing case to determine once and for all whether Hitler died in the Führerbunker or escaped and lived the rest of his days out in peace. This search of course is not easy, and the investigators have to rack their brains, interview people, and account for every possibility.

Over the course of their investigations, the investigators also have to visit foreign locations to search for possible hideouts where escaped Nazi war criminals could have hidden. As the show progresses, the investigators also expand the sources for their research, graduating beyond FBI documents and delving into declassified documents by the CIA, MI6, Russian, German, and Argentinian authorities. Their search for Hitler finally takes them to remote locations in South America, where the show concludes.

While this entire process of trying solve a decades old cold case is no doubt interesting and thought-provoking, the show has been criticized by many critics for capitalizing on the American public’s fascination with Hitler. For instance, Variety wrote, “‘Hunting Hitler’…proceeds to trivialize the topic by treating it like any other reality show – TNT’s ‘Cold Justice’, only with the mother of all 70-year-old cold cases, one that incidentally involves a perpetrator of mass genocide.” That being said, the show has managed to strike a chord among interested viewers, and it enjoys a decent overall rating of 7.6/10 on IMDb.

Weeks after the Season 3 finale, titled “Hitler’s Last Will”, aired on February 20, 2018, it was reported in March 2018 that History had cancelled the show. Since then, no news has surfaced regarding the show or a possible Hunting Hitler Season 4, so we assume that sources were right when they reported the show’s cancellation.

So, did Hitler survive or did he die in the Führerbunker? Well, watch ‘Hunting Hitler’ for yourself and decide.

There’s no new trailer or season of ‘Hunting Hitler’ to look forward to. However, here is the trailer for Season 3 to give you a glimpse into where the investigation into Hitler’s death ultimately leads.