When Will ‘Hunting Nazi Treasure’ Return on AHC Channel? 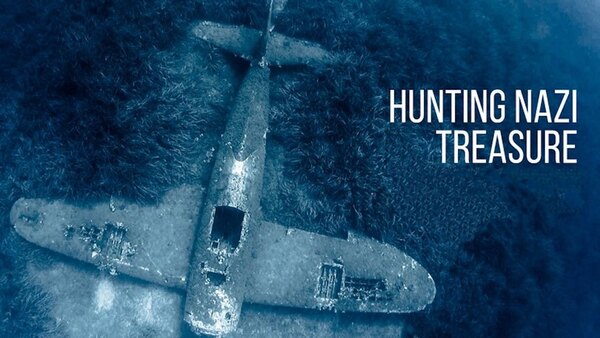 ‘Hunting Nazi Treasure’ also called ‘Nazi Treasure Hunters’ is a Canadian historical documentary television show that aired on the AHC channel. Produced by Saloon Media, the show revolves around the Nazi heists across the globe and attempts to relocate lost treasures.

Adolf Hitler’s dream to conquer prized treasures became Europe’s nightmare. In the series, historians, investigators, and journalists try to locate thousands of pieces of artworks, treasures, and objects stolen at the end of World War II by the Nazis.

This eight-part investigative series is executive produced by Robert M. Edsel and premiered on October 31, 2017, in Canada. Now the question is, will there be a ‘Hunting Nazi Treasure’ Season 2? We will soon get into that, but first, let’s quickly look into the details of the series.

Hunting Nazi Treasure Cast: Who is in it?

Hunting Nazi Treasure stars Robert M. Edsel as himself. Robert Edsel is the President of the Monuments Men Foundation for the Preservation of Art. He is an author and has written three non-fiction books titled, ‘Rescuing Da Vinci’ (2006), ‘Monuments Men: Allied Heroes’, ‘Nazi Thieves and the Greatest Treasure Hunt in History’ (2007) and ‘Saving Italy’ (2013). The film ‘Monuments Men’ (2014) which was directed and produced by George Clooney was based on his book.

Robert Edsel is joined by James Holland who plays himself. James is a celebrated British author and historian, who specializes in the history of World War 2. He is the author of several non-fiction books, novels, and children’s books. Some of his popular books include ‘Italy’s Sorrow’ (2008) and ‘The Battle of Britain: Five Months That Changed History’ (2010).

Conor Woodman joins in as the presenter. Conor is best known as the host of ‘Scam City’ (2012) and ‘Around the World in 80 trades’.

What is Hunting Nazi Treasure About?

The second world war was the most gruesome event in the history of mankind. The Nazi army headed by Hitler went on a world domination rampage, killing countless innocent lives in the name of power, supremacy, and race. The war-torn years have since left their mark on the world and have changed the course of history.

The Nazis were brutal in their conquest as they tried to conquer across Europe, Asia, Africa, and the Pacific. Along with his brutality and madness, Hitler harnessed an ambition of collecting treasures from across the world. The nazi army looted towns and cities and robbed them of their culture and heritage.

To this day, hundreds of thousands of items across the world are still missing. Some of these missing items are worth billions of dollars and have invaluable sentiments attached to them. ‘Hunting Nazi Treasure’ is a show that focuses on such stories. We follow Robert Edsel, historian James Holland, and Conor Woodman on their quest of finding such lost treasures.

In each episode of ‘Hunting Nazi Treasure’, the trio begins with introducing us to something that was stolen. The episode then goes on to explain the planning and the events leading up to the heist. The show manages to portray this in amazing detail. It almost feels like we are back in time and are witnessing the events happening in front of our eyes.

The show comprises of interviews with people who provide further information about all the historical details. The show also covers the families or the rightful heirs of the missing pieces. The team also meets the families of the victims of the war as they revisit its horrors.

The scale of the theft is so large that ‘Hunting Nazi Treasure’ is filmed across 13 countries over four continents. The cast includes some of the most influential people and researchers on the history of the world war. This makes ‘Hunting Nazi Treasure’ a well-informed television show that helps us understand not just the details of the war, but the impact it has truly caused and how it will always continue to haunt us.

Hunting Nazi Treasure Season 2 Release Date: When will it premiere?

It was nominated for various awards like The Canadian Screen Award for Best History Documentary Program or Series in 2018 and Barbara Sears Award for Best Visual Research in 2018. There is no news on the renewal of ‘Hunting Nazi Treasure’ Season 2 but it might release later in 2020. However, we will update this section as there is development in the series.

All episodes of Hunting Nazi Treasure can be watched on the official page of AHC Channel. The show is also available to stream on Amazon’s Prime Video.