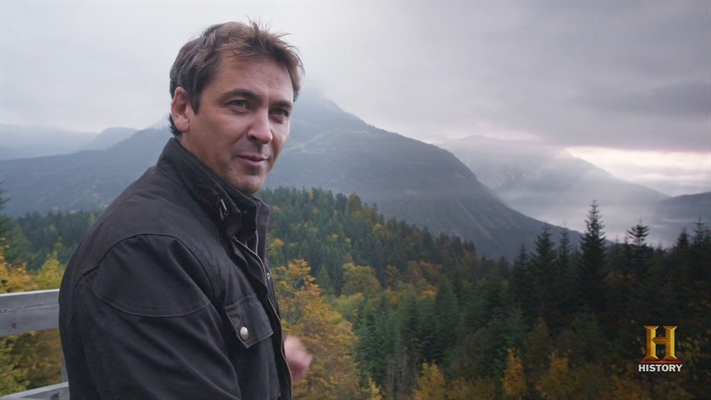 Hunting Nazi Treasure is a Canadian historical documentary TV program that first debuted on 31st October 2017 on AHC Channel. This mystery and war series reveals details of the Nazis who stole countless treasures from Europe during World War II. Monuments Men Foundation President, Robert Edsel, WWII historian James Holland and journalist Conor Woodman come together to study the greatest robbery in the history of war. The series reveals the side of Nazi leader Hitler who always fantasized about gathering the world’s greatest art collections and treasures in one place. His dream to conquer treasure became Europe’s nightmare. Historians, investigators, and journalists try to locate thousands of pieces of artworks, treasures, and objects stolen at the end of World War II by the Nazis. Hunting Nazi Treasure series has also been nominated for various awards like the Canadian Screen Award for Best History Documentary Program or Series (2018), Barbara Sears Award for Best Visual Research (2018).

This eight-part investigative series is executive produced by Robert M. Edsel. This series revolves around the greatest thefts the world has ever encountered. The expert team tries their best to hunt the gold and art that is worth more than a billion dollars. “It is my hope that Nazi Treasure Hunters will become America’s Most Wanted for culture and lead to the discovery – and return to the rightful owners – of some of the hundreds of thousands of priceless objects missing since the end of World War II,” Edsel, who has also written the #1 bestseller at the New York Times turned into a movie, The Monuments Men, told in a statement.

Hunting Nazi Treasure Season 2 Cast: Who is in it?

Robert M. Edsel as the President of the Monuments Men Foundation for the Preservation of Art is part of the series. James Holland is the WWII Historian, and Conor Woodman is the Presenter of Hunting Nazi Treasure.

Hunting Nazi Treasure Season 2 Plot: What is it about?

In the first season, investigators study how Hitler kept his eye on the thousands of pieces of art across Europe and directed his Nazi army to collect these prized possessions from Europe. The team locates a piece of art that belonged to Europe hanging on Hitler’s dining room wall. The team tries to find art treasure worth millions that were stolen by Hermann Goering who was the second most powerful man in Germany.

The investigating team travels to various parts of the continents to Germany, Switzerland, Holland, Spain and the United States to recollect the stolen art treasures. The team attempts to learn the tale of the Canada Commando and examines how much gold the Nazi soldiers stole from the country and where it was used. In 1943, the Nazis stole gold that was worth $50 million from a Jewish community located in Djerba, Tunisia. The team tries to locate the stolen gold in a dive site off Corsica. In the next episode, the team tries to investigate and recover the stolen painting of a Young Man Portrait of Raphael. The team tries to locate this valuable item stolen by Nazi.

Hunting Nazi Treasure Season 2 Release Date: When will it premiere?

There is no information on the air date of Hunting Nazi Treasure season 2 as yet. We will update this section with the latest developments in the series as we know.

Hunting Nazi Treasure season 1 episode 1 that aired on May 1, 2018, can be watched below