‘I Am Jazz’ S07: The Complete Details 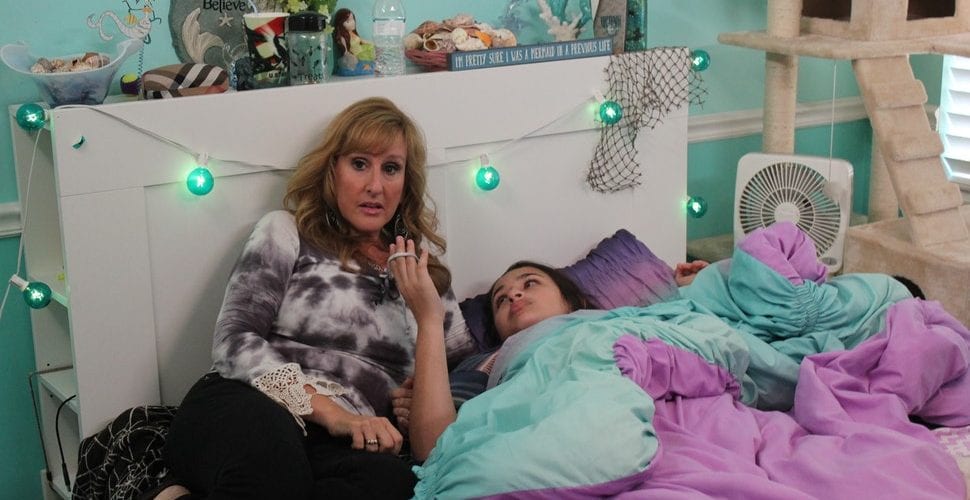 ‘I Am Jazz’ which was initially announced as ‘All That Jazz’ is an American reality television series which was first released on July 15, 2015, on TLC. The show is centered around a transgender girl named Jazz Jennings. It also focuses on her family and how she has to deal with the teen drama during her youth, considering society has a different set of expectations from trans individuals.

‘I Am Jazz’ initially took its title from ‘I Am Jazz: A Family in Transition’ which aired on the Oprah Winfrey Network. Moreover, the show aired at the same time when Caitlyn Jenner was accepting the Arthur Ashe Courage Award three months after having come out as a transgender woman. The coincidental timing must be one of the very many happy accidents of the universe, for the show that has pushed to normalize transgendered people by showing how they go through similar things as us.

‘I Am Jazz’, owing to its eye-opening premise, quickly became a favorite among viewers and more people began to tune into TLC to watch the sensitive show. No wonder, it has spanned six incredible seasons to date. Now, let’s see if there will be an ‘I Am Jazz’ Season 7.

I Am Jazz Season 7 Release Date: When Will It Premiere?

TLC has not yet renewed or cancelled the reality show for another season. However, considering the simple yet heartfelt story of a young girl’s transitional phase, which has earned her so many fans across the years, the series has huge potential to see another season. Hence, we expect news of a renewal in the upcoming months.

If renewed, you should know that the show has followed a regular schedule of releasing every year in the month of January, for its last three seasons. Hence, if it sticks to this existing schedule, I Am Jazz season 7 should release sometime in January 2021.

The main cast of ‘I Am Jazz’ is, of course, Jazz Jennings and her family, which includes Sander Jennings, Ari Jennings, Greg Jennings, Griffen Jennings, and Jeanette Jennings. This is because the entire show is structured to revolve around how the Jennings family transitions in its entirety along with Jazz. Additionally, Ahmir, Jazz’s ex makes appearances, accompanied by her trans friend, Noelle.

In the upcoming season, all the cast members are expected to return and new characters might also be thrown into the mix.

What Can I Am Jazz Season 7 Be About?

‘I Am Jazz’ revolves around Jazz Jennings who is a teen from South Florida. She is a transgender girl who was an assigned male at birth. When she was only 4 years old, she was diagnosed with gender dysphoria — making her one of the youngest documented girls to be identified with this condition.

It was very tough for her as well as her family in her childhood days to fight against the society. Her parents, Jeanette and Greg are her support system who decided to support her female gender. She also has three siblings and grandparents. Jazz has been in the limelight since 2007 and has gained love from her fans from all over the world. When she was 6, Barbara Walters interviewed her to discuss her gender identity.

Later on, Jazz started participating in various interviews, foundation and co-wrote a book. She has also gained popularity on YouTube after posting a video about her life. In 2015, she was about to enroll in high school when the series started.

In this show, Jazz tells the struggles she had to face when everybody was confused about her gender. The series showcases her daily routines from going shopping with Ari to spending time with her family at home. While the series focuses on the usual teenage angst that comes during high school, Jazz always has to bear the additional burden of being a transgender.

In season 6, we see Jazz as she undergoes her third gender confirmation procedure while receiving the support of her ex-boyfriend Ahmir. Another huge event showcased in this season is Jazz planning a fundraising activity to help her friend Noelle raise money for her own gender affirmation surgery.

Finally, Jazz needs to choose between her college options, after being selected both for Harvard and Pomona College. According to Jeannette, she should not go away so far to California as she is “too unstable” as of now. Jazz expressed her views about her dilemma saying: “Between graduating high school, putting this drag show together, and preparing for college, I feel like there is a 50 lb. weight on my shoulder.”

She had also stated that she would be delaying her attendance in college. She explained: “After careful consideration, I have decided to take a break before starting at Harvard. It wasn’t an easy decision but it is the right one for me. These past few years have been so full and busy that I realized I could use some time to refocus and recenter to be the strongest version of myself.”

Season 7, as and when it happens, will pick up the story from here and continue to chronicle Jazz’s eventful journey as she achieves several more milestones.

I Am Jazz Trailer:

You can watch the official teaser trailer for season 6 below. All of its previous seasons are also available on the TLC Go App.