Is I Can Hear Your Voice Season 2 Happening? 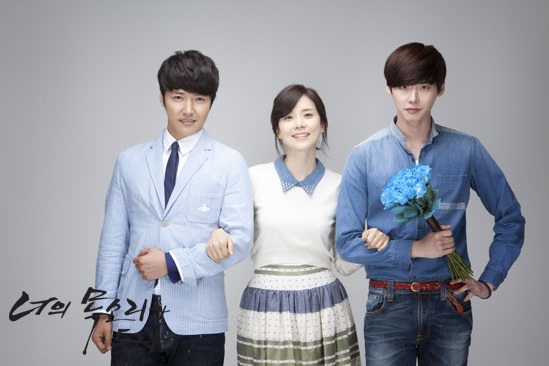 ‘I Can Hear Your Voice’ AKA ‘I Hear Your Voice’ is a South Korean series, written by Park Hye-Ryun and directed by Jo Soo-Won, which aired on SBS in 2013. The romantic drama brings in a mix of fantasy and legal elements to its storyline, delving deep into the completely different, yet connected, lives of its four protagonists.

I Hear Your Voice Cast: Who’s in it?

Lee Bo-young (‘Whisper’, ‘Mother’) stars as Lawyer Jang Hye-sung, an efficient, smart, and diligent woman, who grows up in a poor, loving home. She gets wrongly implicated in a fireworks incident and is expelled from her school. Her bravery leads her to testify against a criminal on the witness stand, resulting in the conviction of Park Soo-ha’s father’s killer. However, both these events deeply impact her and Hye-sing grows up to be an indifferent public defender, not giving a damn about her clients and doing her job only for money.

Lee Jong-suk (‘Doctor Stranger’, ‘Pinocchio‘, ‘W’, ‘While You Were Sleeping’, ‘The Hymn of Death’, ‘Romance Is a Bonus Book‘) is Park Soo-ha, who witnesses the murder of his dad when he is just nine years old. He barely manages getting killed himself. Soo-ha possesses supernatural powers and can read people’s minds by looking at their eyes. He is impressed with Hye-sung when she testifies in court and vows to always protect her. He has harbored a crush for her from the last 10 years and becomes sadly surprised after witnessing that she is not the same person anymore — when he meets her after a decade.

Yoon Sang-Hyun (‘Secret Garden‘, ‘My Fair Lady’) plays Cha Gwan-woo, a former cop, known for his idealism, empathy, and attention to detail. He joins as a new public defender. He might appear like a simple, gentle, and nerdy guy, but he can see through cases with his keen intelligence. Lee Da-hee (‘The Beauty Inside’, ‘Search: WWW’) is Seo Do-Yeon, a wealthy prosecutor from a family with connections. Her father is a judge and her mother a respected doctor. Do-Yeon constantly desires to be the perfect daughter and still blames Hye-sung for the high school incident that nearly cost her eyesight. Do-Yeon is also a witness to the murder of Park Soo-ha’s father. However, she loses her nerves when the time comes and denies her statement.

I Hear Your Voice Plot: What is it about?

The story of ‘I Hear Your Voice’ begins by introducing us to 9-year-old Soo-Ha, traveling with his father in a car, when they are struck down by a truck driven by Min Joon-Kook. Min Joon-Kook comes out from his vehicle, takes a baseball bat, and fatally wounds Soo-Ha’s father with a single blow. The killer is just about to finish his job with the child as well when a sudden camera flash takes him by surprise and saves Soo-Ha’s life. The camera’s owner is a young girl, Hye-Sung. She later testifies against Min Joon-Kook and the latter is convicted. Meanwhile, Soo-Ha falls for Hye-Sung and vows to always protect her.

After a 10-year jump, Soo-Ha is a young man with telepathic abilities. Hye-Sung is employed as an attorney. However, she does not stick to her profession’s principles. Her job fetches her barely enough money to survive and her mom asks her to apply for a public defender position in order to get higher pay. Before her interview, Hye-Sung is approached by Gwan-Woo, who tries starting a conversation, which she simply ignores. Gwan-Woo is a former cop and is applying for the same position. During her interview, Hye-sung recollects her past events and ends up being selected for the public defender position. Just after getting the job, Hye-Sung’s picture is posted in the newspaper. Soo-Ha sees this and sets off to finally meet her. Meanwhile, Min Joon-Kook, who is soon to be released, also sees her photo. What follows is an exciting tale of love, revenge and drama.

I Hear Your Voice Season 2 Release Date: When will it premiere?

‘I Hear Your Voice’ season 1 premiered on SBS on June 5, 2013, and wrapped up on August 1, 2013. Although the series was originally commissioned for 16 episodes, because of its successful ratings, it was extended by another two episodes.

Now, as far as a second season goes, we don’t have an update on whether the creators are considering a renewal. Although the show was immensely successful and was released in several countries worldwide, there’s no news about another season even after six years. If there’s any official news on ‘I Hear Your Voice’ season 2, we will update this section. So, don’t forget to bookmark this page.

I Hear Your Voice Trailer:

Check out the official trailer of ‘I Hear Your Voice’ season 1 below.