Quite often, animation is used as a medium to depict the most bizarre stories involving the deepest parables that have ever been portrayed on the silver screen; take some anime shows for example. Put together like the pieces of a puzzle, ‘I Lost My Body’, directed by Jérémy Clapin, is a thought-provoking French film that not only engrosses you with its eerie characters, but it also leaves you with a lesson or two about life. It creates a deep contrast between the journey of a young boy and the inconspicuous nature of the inanimate world around him.

As weird as it may initially seem, the film leads up to a startling, enlightening ending. Moreover, it also introduces you to other metaphorical visuals that reflect on the realities of one’s life. However, since the movie is brimming with deep philosophical symbolism throughout its runtime, we’ll be explaining each of its intricate details in the next few sections. SPOILERS AHEAD!

‘I Lost My Body’ follows two parallel narratives. In one of these, it follows the journey of a dismembered hand that travels through the unforgiving streets of Paris, to trace its rightful owner. Meanwhile, in the form of flashbacks of the hand, another story begins to unfold where a young boy named Naoufel struggles to find his life’s purpose, as he fails at literally everything. Even working as a pizza delivery boy does not work out for him, but it somehow leads him to a fateful encounter with a young girl named Gabrielle.

The film then soars back to the memories of his childhood, and with a kaleidoscopic view of the character’s life, it shows how his fractured childhood had rippled into his present. All of this leads to a sad yet enlightened ending which leaves you with a lot to think about.

The Astronaut by the Steet 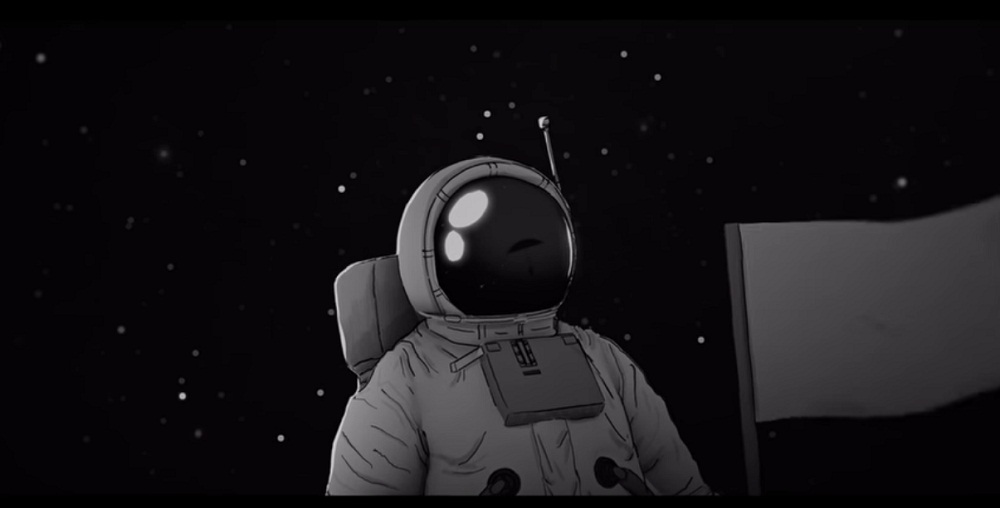 For the most part, ‘I Lost My Body’ unfolds its storyline from the perspective of a disjointed hand which makes it the protagonist of the film, in one way or the other. The hand, without having any comical human traits of its own, somehow becomes a character in itself. From the very beginning of the film, it feels lost in a harrowing world where it had always been accompanied by its owner, but now that it has been separated, it is just driven by a single purpose—to somehow find its way back to Naoufel and become a part of him again.

The world turns out to be an awfully ugly place for it and its journey towards hunting down its owner is full of trials and tribulations. From battling ferocious rats on a railway track to surviving other atrocities of the world, the hand goes through it all. Before finally reconciling with its owner, it is forced to go through one final test that life throws at it. With a busy highway road underneath it and its destination right ahead, the hand takes one final look at the ground and finds an astronaut staring right back at it. It then takes out an umbrella and takes a “giant leap” towards the end of its journey.

Soon, the hand finds itself in the middle of storming traffic where it struggles to hold on to its life (the umbrella), but it never lets it go. The Astronaut gives it one last look of assurance and this is when the hand finds itself drifting through space, right towards its desired direction.

This entire scene in itself holds so much significance in the overarching plot and involves so many allegories of its own, that it can actually qualify as a standalone short film in itself. It basically draws a picture of how life can often be full of uncertainties, and even during the times when we know right where we want to be, we cannot expect a linear path towards our desired ambitions. The hand takes a leap of faith and plunges into the uncertainty of its journey. Along the way, things don’t work out the way it expected them to, but it still holds on to its dreams and hopes to live through its self-created shit-storm.

In this scene, the Astronaut signifies how just like landing on the moon was a giant leap for mankind, for the hand, a mere quest of crossing a busy street is a giant leap of its own. And if it does manage to reach its end goal, it will be as big of an achievement for it as reaching the moon.

The Significance of the Fly 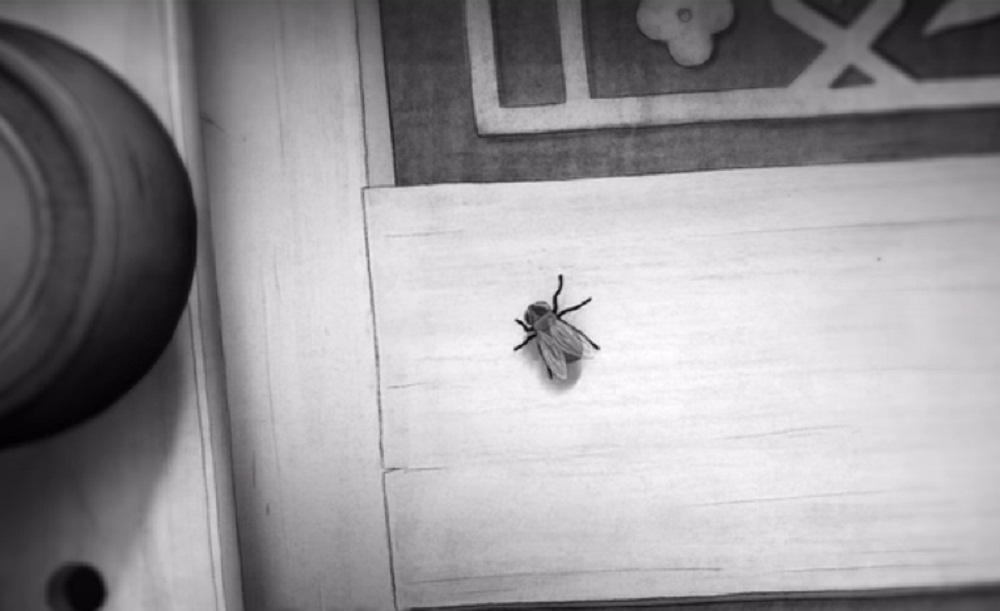 From the very first scene, a housefly seems to follow the main character all the time. Especially during the most defining moments of his life, the fly somehow seems to be around in one way or the other. Each of these expounding moments leads him to a future that is destined for him.

From the time he ends up losing his parents in a car accident to the incident where he chops off his own arm, the fly seems to be omnipresent. The fly is basically a representation of his destiny and seems to make an appearance only during moments that are far beyond the control of the protagonist. It’s these moments that later force Naoufel to believe that he has no control over his circumstances. It’s these moments that make him succumb to a dreary existence.

The Ending: “Embracing the Uncertainties” 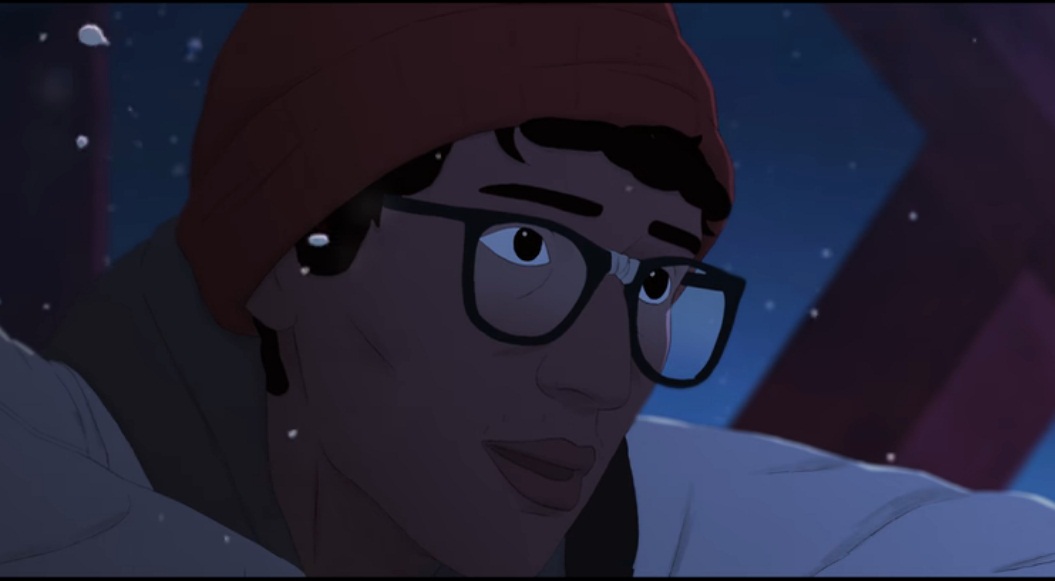 In the final moments of ‘I Lost My Body’, the hand does find its way back to Naoufel, but it still struggles to re-attach itself with its owner. Meanwhile, Naoufel gets rejected by Gabriel and is again forced to drift back to the toxic memories of his past which force to him believe that his life is not under his control.

Halfway through the film, there is a scene where Naoufel asks Gabriel if she believes in fate. After Gabriel’s pessimistic response, his defense mechanism kicks in and he preaches about how they can defy their own fate by doing something extremely unconventional like jumping right off on the crane that is a few feet away from their terrace.

In the last scene, Gabriel finds the last one of his audiotapes. As she plays it, she drifts back to moments where Naoufel stood on the edge of the terrace, feeling all dejected about his life. But just how the hand takes a leap of faith before jumping off into its own shitstorm, even Naoufel takes a final leap of faith and jumps right off the roof of his building to finally land his feet on the crane. It’s this turning point that restores his faith in life and makes him believe that some things in life are still very well under his control. And since this moment defied his “destiny”, even the fly did not make its appearance.

The tapes had always been a self-destructive reminder to him of how he is just a mere victim of his own circumstances. But his final drastic step sets him free and liberates him from the noxious memories of his past. With this, even the hand realizes that its owner has moved on ahead with his life and won’t be needing it anymore. While the hand slowly drifts away into the darkness, Naoufel realizes that he may not always get everything in life, but he must learn to go with the flow and take life as it comes to him. In the end, both, the hand and the main character, learn to accept that they will always be leaving behind a part of them with all of life’s stumbling blocks, but that does not mean that they should stop practicing their own free will.