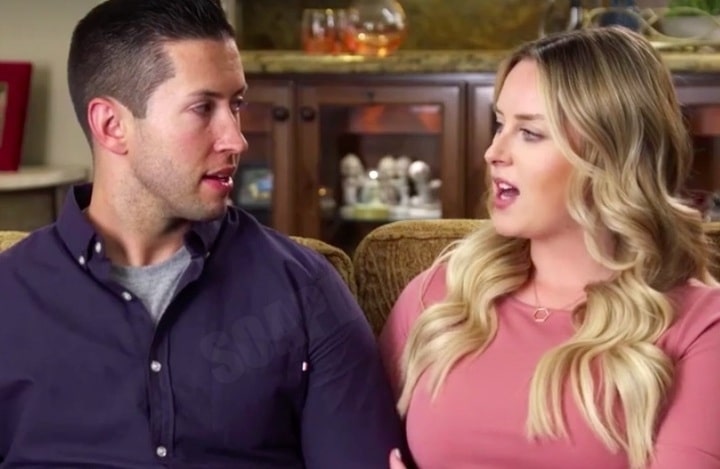 Prepare to up your cringe quotient by several notches! TLC has announced ‘I Love a Mama’s Boy’, a reality tv show that highlights relationships where the man is far too much involved with his mum. We get to meet a bunch of man-babies who are too spoiled, spoon-fed, and dependant on their overbearing mothers. And the girlfriends need to tackle a very different type of ‘other woman’!  Well, we can imagine the frustration of these unlucky ladies. Now, if the show’s intro has managed to tempt you into engaging in new sessions of a guilty pleasure, let’s check out the details of its premiere.

Where to Stream I Love a Mama’s Boy Episode 1 Online?

You can watch ‘I Love a Mama’s Boy’ episode 1 if you have a cable connection, by tuning in to TLC at 10 pm ET every Sunday night. You can also watch the released episodes online by logging into TLC’s official website or downloading the TLC Go App. There are several other streaming options as well. You can live-stream the series on Philo TV, Directv, Sling TV, Fubo TV, or YouTube TV.

‘I Love a Mama’s Boy’ attempts to address the implications of when a woman wants to wed the love of her life but faces a second more important woman in her partner’s life. Well, the second entry happens to be the guy’s mum. Of course, what we get is a serious romantic crisis! As explained by Howard Lee, President and General Manager of TLC, during the show’s press release: “At TLC, we are always spicing up our relationship series to surprise and delight our fans and I LOVE A MAMA’S BOY is no exception. From outrageous family dynamics and culture clashes to jaw-dropping mother-son rituals, we know viewers will go crazy for this fresh new love and relationship series.”

The first season of this unbelievable series introduces us to four young women who compete for the affection of their significant others, who have very SIGNIFICANT mothers. Let us check them out:

Stephanie has been in a relationship with Mike for quite some time now and the pair have recently moved in together. Steph is completely excited about this new set-up, hoping that the changed living arrangements will bring them closer. But here is the thing. Mike is a 100% mama’s boy. Liz is an overbearing mother who administers every decision taken by her son. Steph wants to get engaged but before getting that ring on her finger, she must win the approval of Liz first.

The next couple is Emily and Shekeb who have been dating for the past two years. But since they met, Emily has been involved in multiple conflicts with Shekeb’s mom, Laila. The main reason for these arguments is their different religious and cultural backgrounds. Emily also wants Shekeb to move out of his parent’s house since she wishes to start afresh. But Shekeb does not want to do anything that might upset his mother.

Justina is planning to get wedded to Jason for a long time now. But Jason’s overbearing mother Annette wishes to have a wedding as per her own criteria. Jason attempts to lessen the tension between his mother and his fiance but is repeatedly unsuccessful. It is yet to be seen if Justina will get the wedding of her dreams or if she needs to go along with her future mother-in-law’s whims.

Finally, we have Kim and Matt who are living with each other in his mother Kelly’s house. And this arrangement has proved as an obstacle to their sex life. The couple decides to move into a new house, but the twist? The apartment they choose is located right behind Matt’s parents’ home. This means that Kim has to bear with Kelly until the end of time!

To get you started, the first episode from the show follows Matt as he goes lingerie shopping with his mum! Check out the sneak peek below!