I Now Pronounce You Chuck & Larry: Who is the Priest? Who are the Twins? 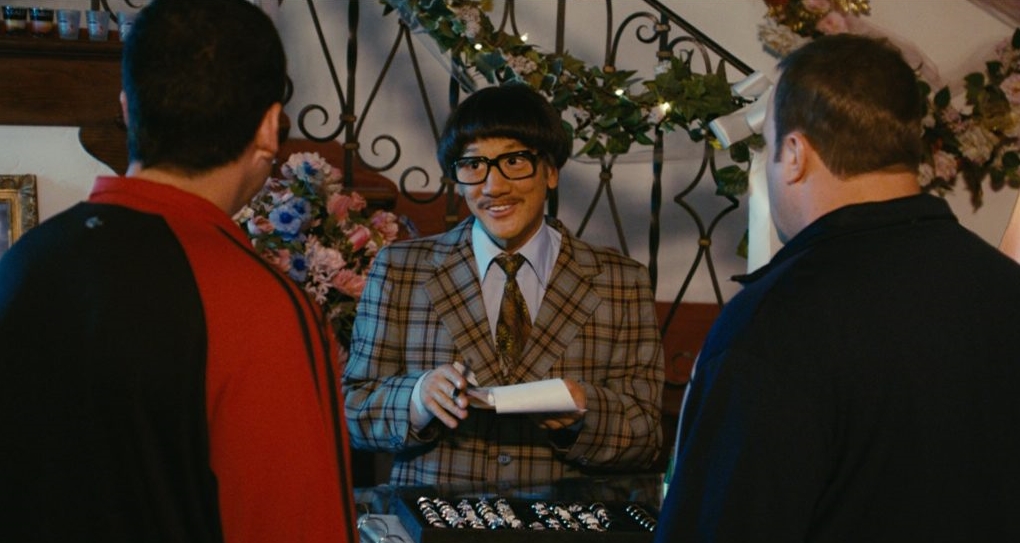 ‘I Now Pronounce You Chuck & Larry’ is an American comedy movie that focuses on two New York City firefighters, pretending to be a gay couple to make sure that one of their children receive proper healthcare. However, things take a turn for the worse when an agent decides to take a closer look and verify their story. These firefighters decide to hire an attorney, played by Jessica Biel. However, the attorney does not make matters more serious but instead underscores the humor the film sets out to achieve.

The movie has not aged well, according to most critics. In fact, some of the humor and racist overtones in the film have received a bit of flak. Among them, is the priest who officiates the wedding of the titular characters. We also see the twins who become the butt of a really cringe-worthy joke. So, who are the priest and the twins?

The Priest in I Now Pronounce You Chuck & Larry: 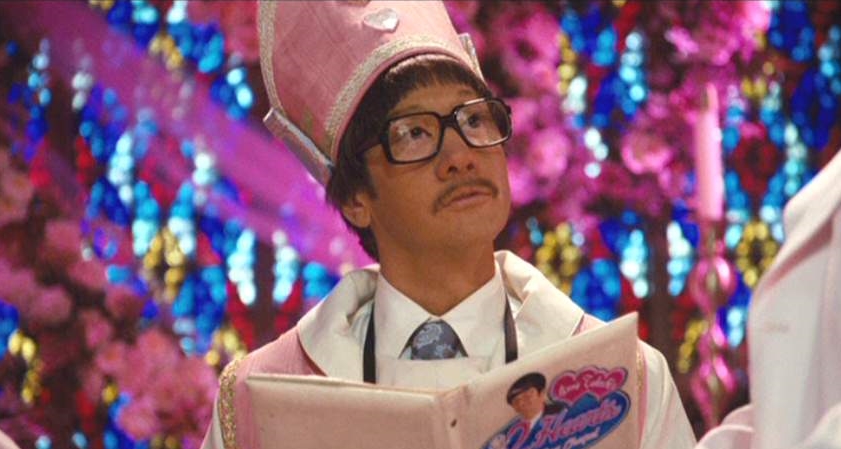 Rob Schneider plays the role of the priest in the movie. The San Francisco born actor and comedian is a veteran of ‘Saturday Night Live.’ He has also appeared in several films, many of which have later come under criticism for racist overtones, and cultural appropriation. In ‘I Now Pronounce You Chuck & Larry,’ he plays the role of an Asian priest, for which he wears a yellowface. What is yellowface, you ask?

It is makeup used by a non-East Asian performer to play the role of an East Asian person. Hollywood has often come under criticism for using yellowface, and even blackface, instead of being more diverse during casting. Vice has summed up Rob’s involvement in the movie, saying, “Racist jokes abound, most egregiously with Rob Schneider’s performance as a Chinese wedding minister.”

The Twins in I Now Pronounce You Chuck & Larry: 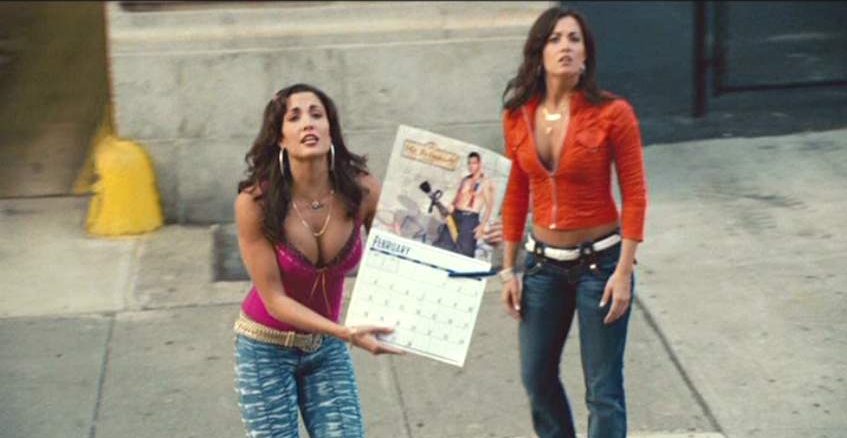 Becky and Jessie O’Donohue appear in the roles of Donna and Darla. Rebecca or Becky, and Jessica or Jessie, are identical twins born in Dobbs Ferry, New York. The two have been on many television series and reality shows. Becky was a semi-finalist in ‘American Idol‘ Season 5, while both siblings appeared in ‘Fear Factor.’ The sisters do a wonderful job in the movie.

However, they are subjected to one of the worst punch lines in the movie. Adam Sandler’s character, Chuck, tells them that they are the only sisters they have got, and they should use their tongues. It is Chuck’s way of encouraging these sexy twins to kiss and make up in the movie.

Although Donna and Darla might not be the main focus of the film, they do help to make a point about the misogyny Chuck displays throughout ‘I Now Pronounce You Chuck & Larry.’ Vice comments on this, saying, “Adam Sandler objectifies and dehumanizes nearly every woman who appears in the film.” Apart from their role in the movie, you might recognize them from ‘The Big Bang Theory,’ where they appear as Siri.

In conclusion, ‘I Now Pronounce You Chuck & Larry’ has not aged well in a time when we must be exceedingly cautious about humor hurting others’ sentiments. The priest’s role, and what the twins are subjected to, should be considered from a current-day perspective about what not to portray in movies.