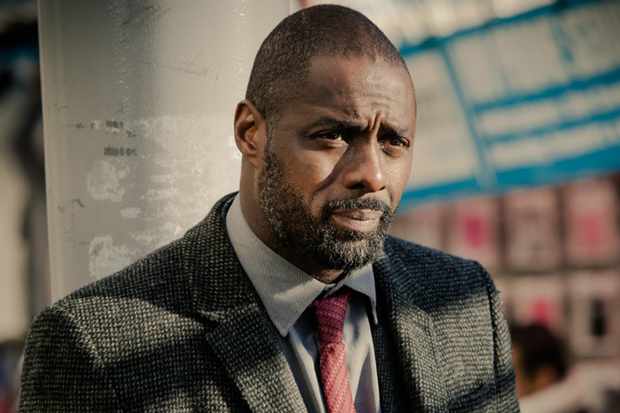 Idris Elba and Caleb McLaughlin have been cast in ‘Concrete Cowboys’, a drama film inspired from real life events. Also starring in the film are Jharrel Jerome, Lorraine Toussaint, and Byron Bowers. Ricky Staub is set to make his directorial debut with the film, which has reportedly already begun production. The news was first reported by Deadline.

Elba was most recently seen in ‘Fast & Furious Presents: Hobbs & Shaw‘. The film is off to a strong start and the talented actor plays the part of Brixton Lore, a supervillain, in the movie. McLaughlin is best known for playing the part of Lucas Sinclair on Netflix’s ‘Stranger Things‘. The actor shared a Screen Actor’s Guild Award in 2017 with the ensemble cast for his role. Many of you might not know this, but MacLaughlin began his career by playing the role of Young Simba on Broadway in the ‘Lion King‘ musical. He also appeared in a short role in ‘High Flying Bird‘, Steven Soderbergh’s Netflix drama. Jerome made his mark with ‘Moonlight‘ and then went on to become a series regular in ‘Mr. Mercedes‘. However, he has most recently been seen in Ava DuVernay’s ‘When They See Us‘. In fact, Jerome is up for an Emmy for his performance in the series. Touissant is known for ‘The Village‘ while Bowers is famous for appearing in ‘The Chi‘.

Notably, ‘Concrete Cowboys’ has been inspired by the Fletcher Street Stables, which exists in real life. This black urban horsemanship community has existed in Philadelphia for over 100 years and has provided a safe haven for the neighborhood. The movie also draws inspiration from Greg Neri’s novel, ‘Ghetto Cowboy’. The story of ‘Concrete Cowboys’ chronicles the life of Cole (McLaughlin), a fifteen-year-old boy, who has to live with his estranged father Harp (Elba) in Northern Philadelphia. While living with him, Cole discovers the vibrant urban cowboy culture that exists in the city and how it openly flourishes despite all the poverty that surrounds it, not to mention the violence and the encroachment due to gentrification.

The movie is based on a script that has been co-written by Staub along with Dan Walser. This venture marks Staub’s feature film debut after he made ‘The Cage’, which is a short project depicting the story of survival on the streets of Philadelphia. Naturally, the director’s past work must have familiarized him with the situation and ground-level realities of Philadelphia, which will allow him to portray the space better in ‘Concrete Cowboys’. The movie is produced by Lee Daniels Entertainment along with Tucker Tooley Entertainment, and Idris Elba’s Green Door Pictures. The producers are Elba, along with Daniels, Tooley, Walser, Jennifer Madeloff and Jennifer Madelof and Jeff Waxman of Waxylu Films. The executive producers behind ‘Concrete Cowboys’ are Greg Renker, Jason Barhydt, Sam Mercer, Tegan Jones, Staci Hagenbaugh, and Neri. The entire movie is being financed by Tucker Tooley Entertainment.