If Loving You Is Wrong Season 5 Episode 9: Everything We Know 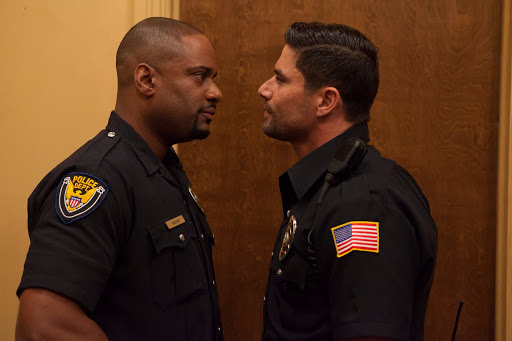 Castillo Lane is witnessing a lot of action, and most of it is due to Eddie’s misdeeds. He’s a thorn in everybody’s side, threatening the precarious web of relationships that exist between the couples at the fictional venue. However, viewers are getting the drama they expected in the final season of Tyler Perry’s ‘If Loving You is Wrong.’

In the last episode, Kelly finally makes it out of prison, and Lushion is surprised by the kiss she planted on him. He should have known that there is always someone watching. Eddie captures the moment, planning to use it later to his advantage. Randal and Alex might be getting back together as the latter continues to spiral. Brad harshly tells her that he’s taken custody of the kids as Alex leaves her house for Randal’s. Meanwhile, Eddie breaks into Natalie’s house, and she pulls a knife on the dirty cop.

With some smart thinking on his part, Eddie shows her the picture of Kelly and Lushion kissing. Needless to say that Natalie is not pleased with the development. Curious to find out what happens in the latest episode? We have the rundown and will divulge some spoilers about the upcoming installment. Besides, we’ll also tell you when and where to watch it.

If Loving You Is Wrong Season 5 Episode 9 Release Date: When Will It Premiere?

Where to Watch If Loving You Is Wrong Season 5 Episode 9 Online?

If Loving You Is Wrong Season 5 Episode 9 Spoilers:

The upcoming episode will see Eddie’s misdeeds coming to haunt him. He’s earned the dislike of almost everyone he’s interacted with, so far. Moreover, his antics have made him Lushion’s active enemy, with the latter, even threatening to get violent. Will Eddie meet his end? Stay tuned to find out.

If Loving You Is Wrong Season 5 Episode 8 Recap:

After Eddie tells Natalie about Lushion and Kelly’s kiss, there’s hell to pay. Naturally, Lushion is miffed and tries to settle things with Natalie, but he doesn’t plan to be forgiving towards Eddie. The latter stirs the pot even more as we see things coming to a head among the different members on Castillo Lane.

With the season coming to an end, and the mysterious neighbors likely to play a more significant part in the drama, we cannot wait to see where the future episodes take us.