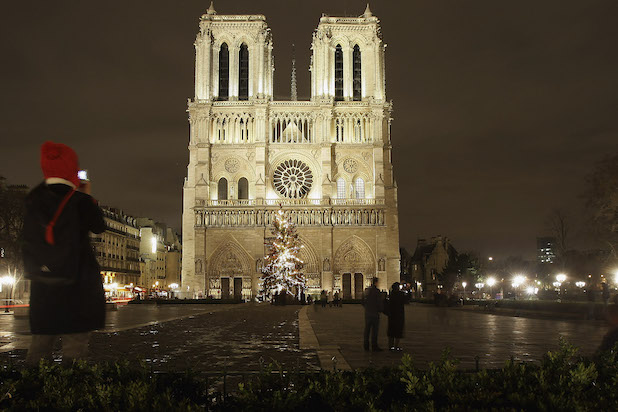 ‘If We Built It Today’ is a historical documentary that airs on Discovery-owned Science Channel. The docu-series examines some of the massive and iconic architectural feats that have puzzled us to date. It attempts to answer if these superstructures can be constructed using contemporary technologies and innovations, predominant in the current era. ‘If We Built It Today’ is produced for Science Channel by Arcadia Content. John Wesley Chisolm is credited as the executive producer for Arcadia while Lindsey Foster Blumberg serves as the supervising producer for Science Channel.

If We Built it Today Cast: Who is in it?

All the episodes of ‘If We Built It Today’ features notable architects, historians, engineers, and builders from all across the world as they try to answer how historical monuments would be erected today. They attempt to explore if the structures could be exactly duplicated or if they could be made better by using modern tools, knowledge, and know-how.

If We Built it Today Plot: What is it about?

This amazing educational series takes us on an enlightening journey as experts lend a closer look into some of the world’s massive monuments such as the Great Pyramid of Giza, Noah’s Ark, the Brooklyn Bridge, the Pantheon, Roman Aqueducts, and others. They delve further into the minute architectural details that went into building these structures and seek to find answers to some puzzling questions — can these epic buildings be recreated today using modern technology? Can we make them better? Or have the secrets been lost over time?

As the episodes unravel, we understand the historical significance of towering architectural masterpieces such as Rome’s Colosseum, the Great Wall of China, and the Notre Dame Cathedral in Paris. Architects try to explain what would it take to build these remarkable superstructures today. What would be the time required and how much would they cost? What would be the required number of workers? Moreover, with materials like glass and steel dominating the architectural field currently, do we even have the basic resources to pull off such huge-scale projects?

It is amazing how those masters from ancient times possessed such exceptional engineering skills to execute the world’s all-time greatest building projects. Almost all of them have been standing firm since ages, battling the test of time. So, can architects, historians, engineers, and builders, equipped with the latest technology, replicate or improvise upon them? It is yet to be confirmed if we even have the basic information about the fundamental techniques that had been used back then.

The series takes us to Cairo and gives a first-hand account of the Great Pyramid of Giza, a structure with a height of more than 40 stories and a width of 10 football fields. There are 200 levels of stones, with a combined weight of six million tons. In fact, each individual block is almost the size of an SUV. It’s impossible to even fathom how the workers managed to carry these units without any equipment available, that too against gravity.

If you did not know already, Memphis in Tennessee had once attempted to recreate its own Pyramid, way back in the 1990s — a mission that was aborted in 2004, owing to flooding and other related issues. However, it was again reopened in 2015, showcasing an aquarium on its bottom floor. The show also highlights the Notre Dame Cathedral in Paris. In fact, this documentary’s crew was the first to gain access into the structure after the fire that nearly destroyed it. Offering deep insights into some of the ancient wonders around the globe, ‘If We Built It Today’ is not only a fascinating and educational show but also a highly addictive watch.

You can expect many more fascinating architectural masterpieces to be covered in season 2.

If We Built it Today Season 2 Release Date: When will it premiere?

It is indeed interesting to know if the world’s greatest and most mysterious inventions can be recreated using cutting-edge technology and the latest engineering innovations. Now, as far as another season is concerned, we do not have an official update. But if we do come across an announcement related to ‘If We Built It Today’ season 2 release date, we shall update this section.

If We Built it Today Trailer:

Science Channel has not released any official trailer for ‘If We Built it Today’. However, you can head to their official page if you wish to be the first to catch up on all its episodes.