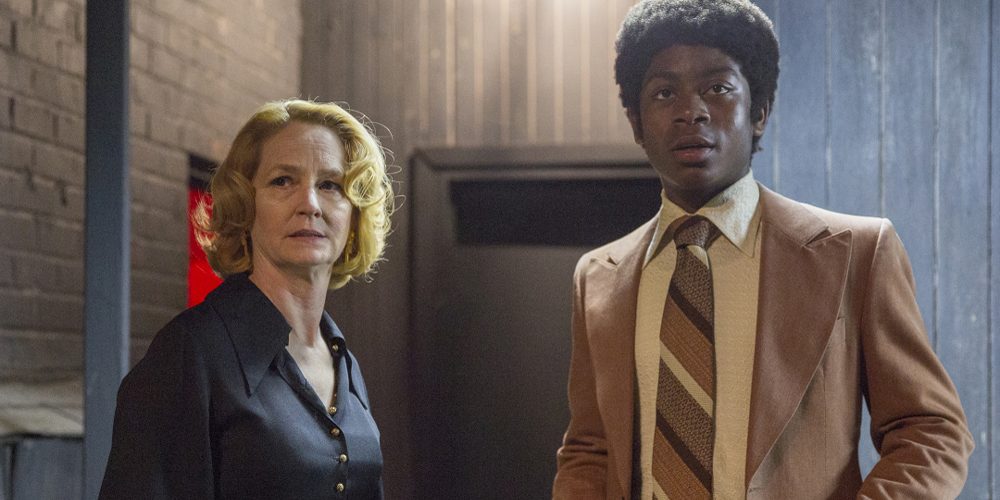 ‘I‘m Dying Up Here’ is an American comedy and drama television series. The show is based on the novel ‘I’m Dying Up Here: Heartbreak & High Times in Stand-Up Comedy’s Golden Era’ by William Knoedelseder. It is a funny and touching examination of the lives of upcoming comedians which masks the true magic of the show, that is to relate to the universal struggle all of us face in trying to realize our future potential while nurturing healthy relationships and balancing responsibilities in the present, shooting for the top before fizzling out or exploding, and reconciling our past with our present.

The series has been created and executive produced by Dave Flebotte and has Jim Carrey of ‘Kidding‘, ‘Ace Ventura’, ‘The Truman Show‘, and ‘Bruce Almighty‘ fame on board as a co-executive producer. It airs on Showtime and first premiered on June 4, 2017.

Comedy has been different throughout the ages and the stand-up comedy scene and the jokes cracked there have been reflective of society at large at that point of time. If you are interested in the 70s comedy scene in Los Angeles then this is the show you should be watching. Critics have received it more or less favorably with Variety providing some valuable feedback, saying, “All in all, like a comic in search of the perfect standup set — the “tight 15” Goldie frequently references — this rambling series would benefit from a dash of ruthlessness, a greater injection of originality and a good deal of relentless honing.”

I’m Dying Up Here Cast: Who is in it?

The main cast of ‘I’m Dying Up Here’, includes Melissa Leo in the role of Goldie Herschlag. She is a comedy club owner and her character is based on that of Mitzi Shore. Ari Graynor of ‘The Sopranos‘ and ‘Fringe’ fame plays the role of Cassie Feder, an ambitious comedian hailing from Wink, Texas. Clark Duke is seen as Ron Shack, a comedian from Boston who travels to LA, hoping to make a name for himself. Michael Angarano plays the role of Eddie Zeidel, also a Boston comedian who travels to LA with Ron, while Andrew Santino of ‘This is Us‘ fame is seen as Bill Hobbs, who happens to be a favorite among comedy clubs. Erik Griffin appears as Ralph Carnegie, a Vietnam vet, and comedian who happens to be a writer for ‘Sonny & Cher’.

There are several other recurring and guest characters who help portray how the comedy scene was at that time and who help bring to light the struggles comedians go through in hopes of getting their big break in an intensely competitive industry. Bringing this story to the screen was a “labor of love,” Carrey had said.

I’m Dying Up Here Plot: What is it about?

The series, ‘I’m Dying Up Here’, takes place in the stand-up comedy scene in Los Angeles in the 1970s, following both aspiring and established comics who inhabit Goldie’s, the hottest comedy club in town. Behind all of the madness is the joy of giving and receiving that so-called gift of laughter which is a temporary fix like band-aid healing experience that works for everyone.

A two-way experience receiving the turnaround, of your pains into joys and laughter, the show manages to pack some serious moments and situations. That said, there were many laugh-out-loud moments and you will enjoy it thoroughly. Melissa Leo as Goldie delivers a stand out performance.

While comedy itself might be funny, the backstories are often not and those versed in the history of American comedy will be aware that a lot of people flocked to LA during the 70s after ‘The Tonight Show Starring Johnny Carson’ shifted from New York to the West Coast. Some notable comedians who emerged at that time included Jim Carrey himself, along with Andy Kaufman and Richard Pryor. The show fictionalizes these events for the viewers.

What stands out about the show is the camera movement which gives viewers the sense that they are not part of the audience at a comedy club here to enjoy a few laughs. Instead, they are forced to see the situation through the eyes of the comedians with all the nervousness and trepidation that precedes a performance. Thus the experiences of frequent failures and rare successes on stage have a greater impact on the viewers as they feel that they are experiencing it from the perspective of the performer itself.

What lends the show an aura of authenticity is the fact that a lot of Carrey’s own experiences of that time are woven into the narrative, and who would know the scene better than one of the best comedians to have come out of that time. The Hollywood Reporter has praised this authenticity saying, “The thing ‘I’m Dying Up Here’ does best is actually the hardest thing for shows like this to achieve: It takes a foreign situation that audiences might not inherently empathize with and at least makes us believe that the stakes are real for these characters. It sets up the triumph of getting summoned to Carson’s couch, the stomach-growling allure of a complimentary performer buffet, the crushing disappointment of finding your name removed from a setlist and the claustrophobia of taking up residence on the floor of a closet to save money.”

I’m Dying Up Here Season 3 Release Date: When will it premiere?

You can check out the trailer for Season 2 of ‘I’m Dying Up Here’ below. If you have not seen the series and enjoy exploring the world behind the stage of comedy, then this is the show for you. You can also check out the cleverly crafted, ‘The Marvelous Mrs. Maisel‘.