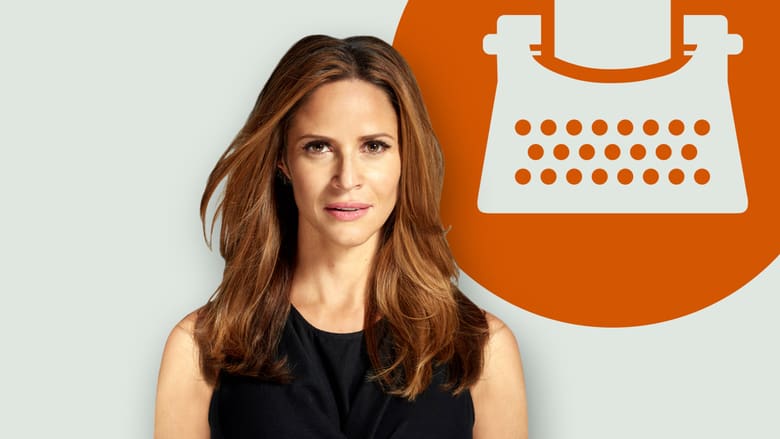 I’m Sorry is a comedy series that first premiered on TruTV on July 12, 2017. It focuses on the life experiences of a comedian balancing her work and family life. The show drives inspiration from the comedy writer Andrea Savage’s life who also serves as the creator of the series. Savage has also directed three episodes of I’m Sorry throughout its two seasons alongside directors Dale Stern, Stephanie Laing, Alex Reid, Amy York Rubin and Rachel Lee Goldenberg. Savage describes her character in the series as “a heightened version” of herself. I’m Sorry exhibits a general feel-good outlook and makes you feel right at home with its familiarity of concept. It has aired twenty half-an-hour episodes so far.

The show has three main and a few other recurring characters who are seen throughout the season. It basically revolves around a family of three – Andrea Savage plays Andrea Warren, a comedian in Los Angeles residing with her husband and daughter, Tom Everett Scott plays Mike Harris who is Andrea’s husband, and Olive Petrucci plays Amelia Harris-Warren, the duo’s daughter. The recurring characters are as follows: Kathy Baker as Sharon, Nelson Franklin appears as David, Judy Greer in the role of Maureen, Jason Mantzoukas as Kyle, Martin Mull playing Martin, Lyndon Smith as Miss Shelly, Gary Anthony Williams appearing as Brian, and Steve Zissis as Sandy.

I’m Sorry Plot: What is it about?

The show focuses on Andrea Warren trying to get through life just like everyone else, the only difference being, her life is a lot more comical than anyone else’s. Andrea Savage, the leading star of the show carries on with her overconfident character who is also slightly immature which more often than not lands her in bizarre situations with nothing but her sense of humour to get through. It is loosely based on Savage’s and on the life of her friends. Warren is shown trying to strike a balance between her career as a comedian, dealing with the woes of having an active social life, and playing a good mother to her daughter depute all the unwanted situations she winds up in. Andrea dreads being a “grownup” like the others and resists it by avoiding doing what is expected of her by people who are married and have children. She behaves more like a fifteen-year-old girl instead. Mike Harris, her husband is shown to be loving and extremely supportive.

She doesn’t seem to have a filter on her mouth and blurts out the first thought going through her mind, regardless of whatever the situation might be. She has to then constantly explain her jokes and apologize for them to undo the sorry circumstances that arise, which seemingly is what the show conveys through its title. Except for its quirks and laughable moments, the show does not bring anything new to the table. It’s simply warm and convenient and something you can watch at the end of a hard day to make you feel good.

The show truly came into the limelight when it landed on Netflix where it became one of the most watched comedy shows. Andrea Savage has had a rewarding career but it had to take a backseat when she got pregnant. After deciding to come back, she realized that she had to start all over again, and so, she decided to do her very own show. She also managed to shoot the pilot for her show for free by gathering and convincing her friends. It was then pitched to many channels and finally landed on TruTV.

Savage has said that the show streaming on Netflix changed everything for them (in a good way). She also hinted that the second season of the show might also turn up on Netflix. When talking about her fears that consumed her with creating the show, Andrea said, “Well I’m a shell of a person now. Everything I’ve ever wanted to say is done; I’ve got nothing left. And I like to do stuff that’s based in reality — I think that is what I am most proud of about the show. It’s funny, but it involves ageing parents, or it involves divorce, or it involves friendship, and it really is about something real, and I really wanted to make sure they weren’t going to be fluffy, cliche stories and I’d become a caricature. My thing was just, “I don’t want to mess it up.”

The show is purely comical; there is no drama involved. It is possible for one to watch any random episode from the show because they are not linked to one another and you wouldn’t need to catch up on the previous airings. The show has three writers, and Savage has spoken about how, when they are in the writing room, they talk about issues to address, throw ideas around and see what sticks. Once they feel like they have an idea that is whacky and has the potential to hold the audience’s attention, they go with it. She has also spoken on various platforms about how difficult it is for to take up responsibility for a show as huge as I’m Sorry as a woman and battle the challenges that come with it. Her character in the show reflects a lot of her own courage and confidence. Even though the ratings for the television series have not been mind-blowing, its future looks promising on Netflix.

I’m Sorry Season 3 Release Date: When will it premiere?

I’m Sorry season 1 premiered on July 12, 2017. The announcement for the second season was made while the first season was just halfway through. The second season took a lot longer to film and finally aired on January 9, 2019, one and a half year after the end of the first season. Since the show has been picked up by Netflix for an international release, it might be just the indication we need to rest assured about the renewal of a third season. There have been no official announcements as of now, but if it is to be renewed, we should hear the news by the end of 2019.  I’m Sorry season 3, if not delayed like season 2, would most likely release sometime in 2020. We will update this section as soon as we hear more.

While we wait for an update on season 3, check out the season 2 trailer to refresh your memories. If you haven’t seen the show yet head over to Netflix to catch all the episodes of the previous seasons