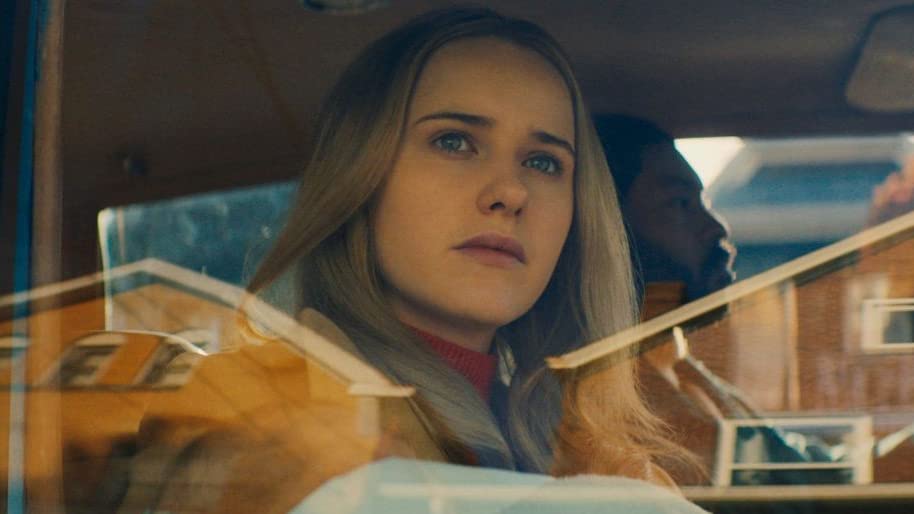 Directed by Julia Hart (‘Stargirl’), ‘I’m Your Woman’ revolves around Jean (Rachel Brosnahan), the wife of a career criminal named Eddie (Bill Heck), who must go on the run with her child Harry after things turn sour between her husband and his partner Mike (James McMenamin). The film takes tropes of conventional crime-dramas and then turns them on their head by focusing on the spouse of the criminal and her experience as the world around her begins crumbling down. Brosnahan delivers a remarkable performance by masterfully exploring both the vulnerability and inner strength of her character. SPOILERS AHEAD. 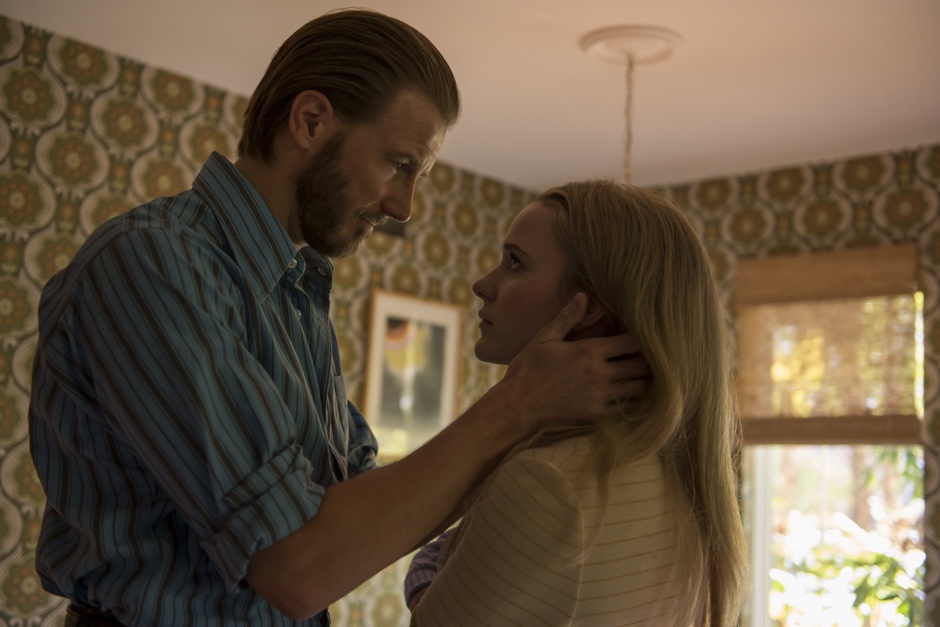 The first part of the film concentrates on Jean’s life with Eddie. She spends her days being restless and agitated, unsure when and if her husband will return home. She had several miscarriages since she and Eddie began their relationship and eventually decided to stop trying. They can’t adopt either because of Eddie’s criminal records. Then, one day, he brings home an infant boy, telling her this is their child. He apparently got the child from a teenage girl, whose father was going to disown her otherwise.

So, when Jimmy (Jarrod DiGiorgi), one of Eddie’s friends, comes to Jean one day to tell her to pack her bags, take her child, and leave, she has no choice but to do precisely that. Accompanying her is Cal (Arinzé Kene), who seems to have a history with Eddie. Although he initially takes Jean to a house in a remote town, her husband’s former associates soon find her there. Cal arrives just in time, saving Jean, and takes her to a secluded cabin. From him, she finally comes to know what Eddie truly is, a killer. After Cal leaves, his family comes to the cabin.

Jean meets his wife Teri (Marsha Stephanie Blake), father Art (Frankie Faison), and Cal and Teri’s son Paul. In time, the two women develop a close bond, and when Cal’s long absence starts to become a matter of concern, the women embark on a journey together. Jean discovers that Teri used to be married to Eddie, and Cal was one of his crew members. They fell in love and eloped. When Eddie found them, he didn’t kill them. Instead, he told them that he would ask for a favor one day. Ultimately, ensuring Jean’s safety turned out to be that favor. 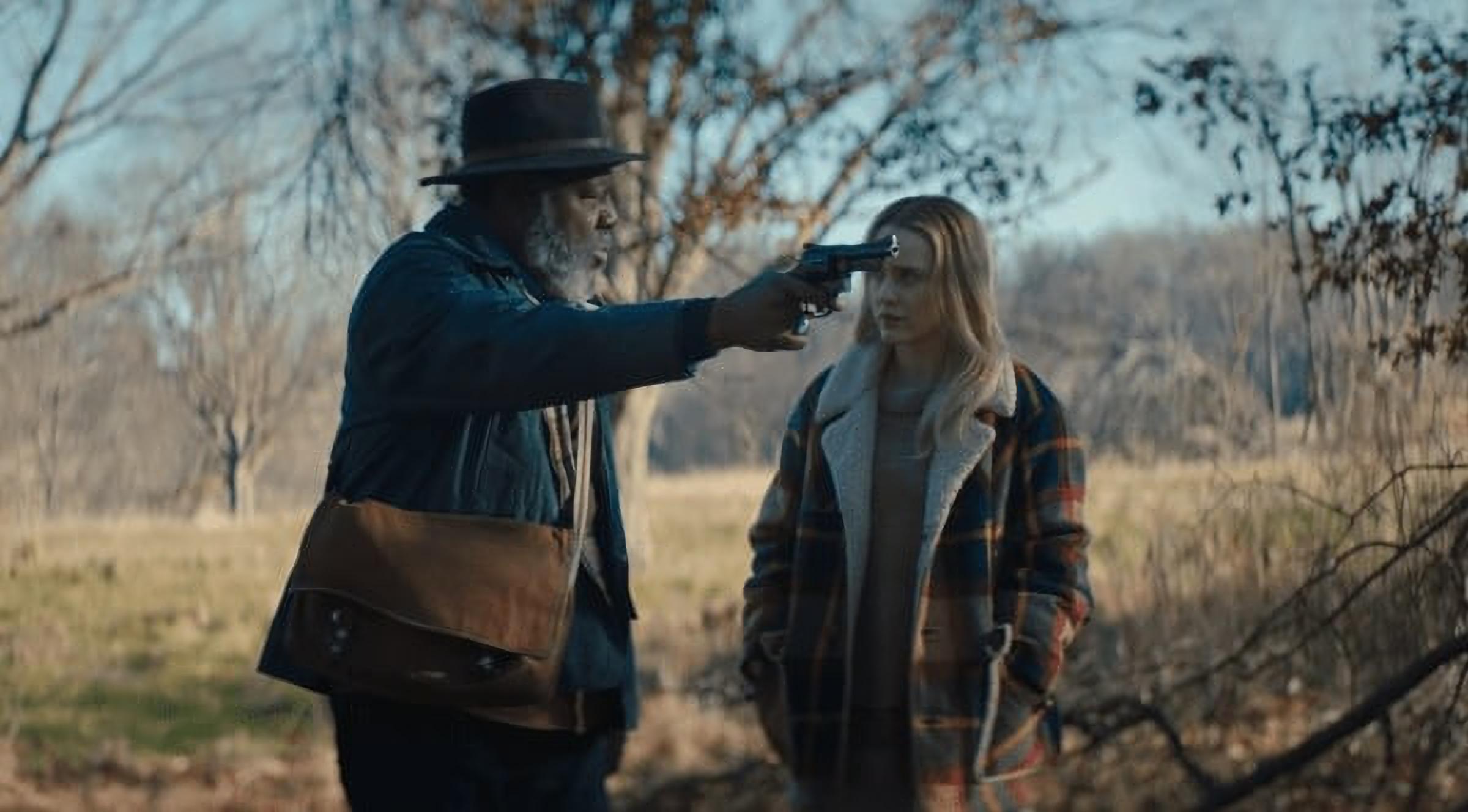 When Jean finally meets up with Cal at a diner, she learns that Eddie is dead. Her expression flickers between disbelief, grief, and even relief. The last few weeks have made her realize that Eddie isn’t what she thought he was. Granted, she always knew that he was a criminal, but she never realized that he was part of organized crime, running an entire operation with Mike before betraying him. Jean also didn’t realize that he was a cold-blooded murderer.

As the film progresses, she becomes more and more disillusioned with Eddie and their marriage. By the time Jean receives the news from Cal, she has become more focused on ensuring a future for herself and Harry. During her journey with Cal, Jean starts developing feelings for him. He is there for her when no one else is. She keeps questioning him if he has someone in his life and notices several things about him that indicate to her that indeed he has.

These assumptions are proven true when she meets Teri. At the diner, there is a moment just involving them, when it is still not known whether Teri has survived following her encounter with the members of Mike’s crew. In that brief span of time, Jean likely imagines a life with Cal, although she keeps asserting that Teri will soon be there. When she does, however, a flicker of disappointment appears on Jean’s face.

A Shootout Under the Bridge

With Mike and his men are hot on their trail, Jean, Cal, and Teri try their best to escape from the city. One of Mike’s men causes Cal to have an accident, and Mike pulls Jean out of the car. But when he starts questioning her about Eddie, she shoots him with the gun that Teri gave her earlier. Evidently, Jean has come a long way since she was a hapless victim of her circumstances. She gets both Teri and Cal out of the wreckage and puts them in Mike’s car. When Jean tells Teri that she has killed Mike, there is a note of finality in it. She knows what she has done and is fine with it.

The three of them drive to the cabin, where they find Art dead along with some of Mike’s lackeys. The children are found under the trapdoor, alive and well. Clearly, Art died protecting Paul and Harry. As they leave, Paul tells Jean not to look back, echoing what she told him earlier. She and her son can now enjoy lives in which Eddie’s crimes will not have any effect. As for Cal and Teri, they too are free to live their lives peacefully.

Read More: Where To Stream I’m Your Woman?