Check Out the Images From Christian Bale’s Upcoming Film ‘Weightless’ 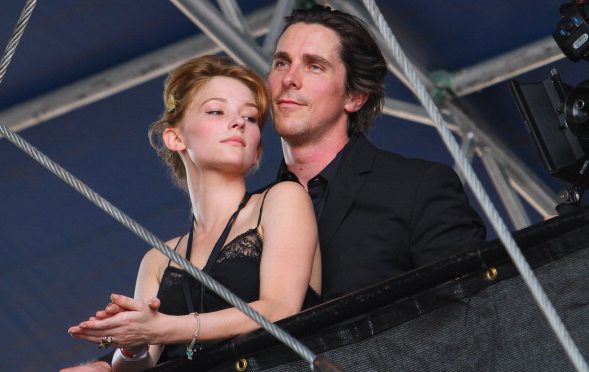 Terrence Malick might be the most reclusive director in Hollywood but he sure does attract the most high-profile talent around. For his next film ‘Weightless’ — which is in post-production — he has assembled together a galaxy of stars: Christian Bale, Ryan Gosling, Natalie Portman, Michael Fassbender, Rooney Mara, Bencio del Toro, Val Kilmer, Haley Bennet and Cate Blanchett. Wow!

It will be interesting to see who actually makes the final cut of the film and who doesn’t. Don’t be surprised by that statement because it is true. Terrence Malick is famous for leaving the actors out on the editing table. Yet actors make a beeline to work with him. But that luxury you can afford if you have directed films like ‘The Tree of Life’, ‘The Thin Red Line’ and ‘Days of Heaven’.

As per IMDb the plot of the film is: Two intersecting love triangles. Obsession and betrayal set against the music scene in Austin, Texas.

The film is scheduled to release on March 17, 2007. Check out the set photos below:

Is Alexandra Breckenridge Married? Does She Have Children?