10 Best Immigration Movies of All Time

It’s always strange arriving in a new land, the culture is different, the people are different and at the beginning one really does feel alienated. However, some of the greatest stories are about how these people adjust to the way of life there. Some people manage to reach the very top echelons of society, making them success stories but for the most part, people tend to get marginalized and struggle to reconcile the way of life they were familiar with to a new way of life in a new land. This then goes on to shape the immigrant experience.

There have been many films documenting or telling tales of the immigrant experience and lives of illegal immigrants and the best part is not all of them are mainstream films. Here’s the list of best movies about immigration ever made. You can also stream some of these best immigration movies on Netflix, Hulu or Amazon Prime. 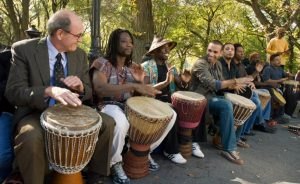 Directed by Tom McCarthy, the film focuses on themes of immigration, and cultural identity in a post 9/11 America. The plot is about a professor at Connecticut College, Walter Vale. Walter leads a life marked by banality until he comes across Tarek, a Syrian drummer, and Zainab, his Senegalese girlfriend. Their meeting is under surprising circumstances as Walter heads to New York to present a paper at an academic conference and finds the couple renting his Manhattan apartment from a swindler who claimed it was his. However, the film explores immigrant experience through multi-cultural perspectives, for example, the music they bring into Walter’s life which he begins to appreciate. When Tarek is unjustly arrested, Walter commits himself to get justice for Tarek. The film is excellently made and shows love through small gestures across cultures.

Directed by Abdellatif Kechiche, this film is about Slimane Beiji, the patriarchal head of a Franco-Tunisian family. When Beiji is let go from the shipyard job he held for thirty-five years, he is broken. However, the film expertly contrasts Slimane’s quiet demeanor with the relatively loud quality that surrounds his family. However, when his girlfriend’s daughter gives him the idea of opening a couscous restaurant, Slimane warms to the concept. Couscous is a large part of their cuisine and the film follows the endeavors to set up the business in the new land showing the condescending attitude from traditional French quarters. The camera with its close-ups almost seems to invade personal space and might make the viewer a bit uncomfortable, but that coupled with the long shots of food in the film gives it a very naturalistic film. 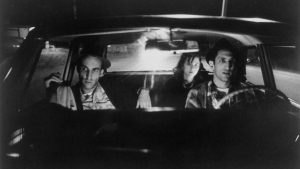 Directed by Jim Jarmusch, this film is about a New Yorker of Hungarian descent – Willie, played by John Lurie. When his sister Eva arrives from Budapest, Willie takes the help of his friend Eddie. The film then follows a process of acquainting oneself with the American culture through cigarettes, TV dinners and comics. The entire indoctrination process is relatable to any immigrant who envisions a culture through certain external signifiers that are popularized in media. The film, in which the plot doesn’t have much action, is nonetheless a very profound movie made in a typical Jarmusch style to show how different versions of the American dream differs from person to person. 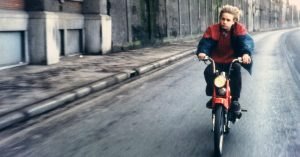 Directed by the Dardenne brothers, a talented Belgian duo, this film garnered very positive reviews from critics for its realistic portrayal of how xenophobia was still a prevalent issue in a multicultural Europe. The story follows the life of Roger and his son Igor. Together the father-son duo runs a corrupt construction company in Antwerp. The company runs on illegal immigrants and when Hamidu an immigrant from Burkina Faso suffers a fatal accident at the site, Roger hides his body to save his business from scrutiny. However, Igor is the one who has the greatest moral dilemma as Hamidu makes him promise to take care of his family. Igor tries his best to live up to it helping his wife, Assita without telling her the truth. However, the fifteen-year-old is caught in a difficult situation where his best efforts often lead to sad conclusions. 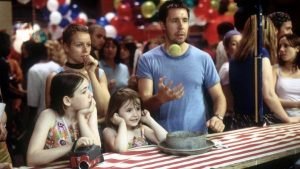 Directed by Jim Sheridan, this film is a semi-autobiographical work about the director and his daughters Naomi and Kirsten. The film follows the family as they move to Hell’s Kitchen, an Irish family where the father struggles as an actor. Hell’s Kitchen is no cakewalk, a neighborhood which was in those days marked by crime and violence. The family must not only adjust to a new way of life in a more or less hostile environment but they must also cope with the death of Frankie, their only son. However, the bleak story finds hope in Housou, a fellow immigrant who is befriended by the daughters. Housou’s infectious affection for life becomes the anchor of hope for the family. A sentimental film, this movie is well made and the semi-autobiographical aspect lends it an extra touch of realism making it an excellent immigrant story. 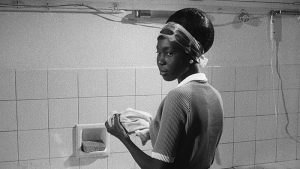 Directed by Ousmane Sembene, this film explores the tale of a Senegalese woman Diouana, who moves to a claustrophobic apartment. The director intentionally leaves the couple unnamed to bring forth the general consensus of a Eurocentric view to offer a better postcolonial deconstructionist view in the film. This is brought out by the repeated dehumanization of Diouana and her bouts of depression that leaves her questioning why she moved to France in the first place. Sembene painstakingly makes the colonized member’s character more vivid to give the marginalized a voice and so we are made to see in vivid detail the turmoil that haunted her through the course of the film. Devastatingly simple, devastatingly heartbreaking, this is one of the finest works in African cinema and an excellent example of the immigrant experience.

Directed by Rainer Werner Fassbinder, this film has been lauded by critics and is considered as the director’s most powerful work. The titular immigrant sums up the experience in Germany by saying that Germans are masters and Arabs dogs. What sends a more powerful message is that Ali isn’t even the Moroccan person’s real name. It is just a shorthand that Germans use on anyone of Arab descent clubbing them into one general identity denying them individuality. In face of this alienation, Ali begins a romance with another outsider in society – an aging widow, Emmi. Perhaps the most powerful emotions are evoked in the deadpan treatment of the film and when Alli is introduced to Emmi’s children and the camera deliberates on their faces to make us uncomfortable with the disapproving stares that they all subject Ali to. This film is one of the most excellent tales of persecution and trying to belong in a strange land. 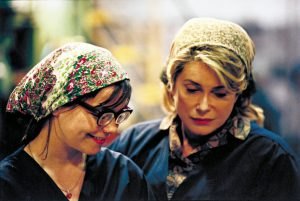 Directed by Lars Von Trier and the winner of the Palm d’Or that year, Trier breaks his own Dogme 95 rule of chastity, by introducing music into the film. However, the story is constructed in such a manner that it becomes imperative. The film is constructed around a woman, Selma, a Czech immigrant who is a single mother – naive and trying to keep poverty at bay through optimism and American musicals. To further complicate matters, she begins to slowly lose her eyesight and hides it from her colleagues. The rule is broken only when the woman’s perspective is introduced and music is introduced simultaneously in the film. Trier makes the movie a painful reality of immigrant lifestyle in America – a stark difference from the version of the American dream and in typical fashion the director delivers an absolutely shattering ending making this one of the most powerful immigrant tales in cinema. 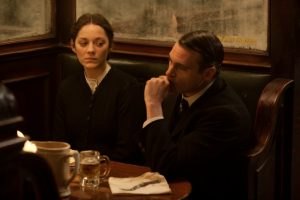 Directed by James Gray, this film has a stellar cast that includes Marion Cotillard, Joaquin Phoenix, and Jeremy Renner. Cotillard plays Ewa, a Polish immigrant who gets separated from her sister at Ellis Island. She meets Bruno (Phoenix) a smooth-talking man who helps her out by making her part of his show. Eventually, Ewa is forced to resort to prostitution but she remains true to her faith and beliefs, both in religion and her ultimate desire to reunite with her sister. Bruno’s character – the switch between moments of vulnerability and ferocity is contrasted with Ewa’s as Gray effortlessly takes us through the seedy underbelly of 1920s New York and subverts the notion of America as an immigrant nation. 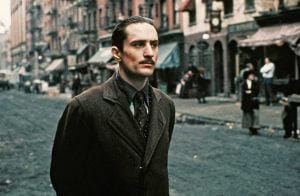 Francis Ford Coppola’s second installment in the series is arguably even better than the first. Ironically it’s also a great prequel since the story flashes back to explore the life of Vito Corleone in order to flesh out the character of Michael. The most memorable sequence is when Vito flees from Sicily after his family is subjected to extreme violence in Sicily by the local mafia. The scene where the ship arrives at Ellis Island and a hopeful Vito looks at the Statue of Liberty is the essential immigrant moment captured by Coppola, a symbol of hope and dreams. He is quick to dash this hope by portraying the reality where De Niro as Vito now walks the mean streets trying to make a living and is forced to turn to a life of crime and violence.  Coppola shows how the assimilation of immigrant lifestyles within the Italian community thus managed to bring the Italian Mafia to America.