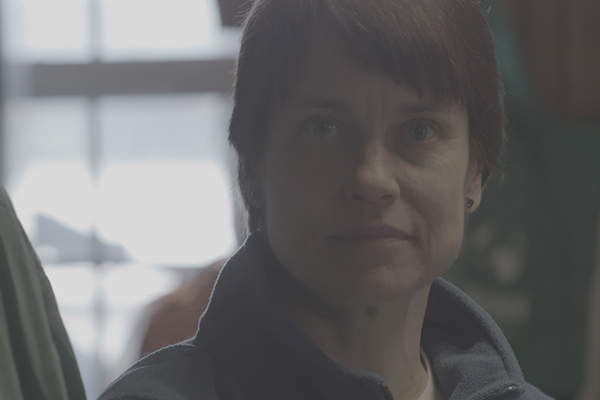 If you are a devoted fan of true crime documentaries and have followed their trend, you would notice that most of such series are usually centered around the crime scenes and the investigation process, alongside detectives, cops, and other involved experts. Introducing a twist to this conventional approach is Investigation Discovery’s victim-centric murder documentary, ‘Impact of Murder’, that explores homicide cases from the perspective of families and close ones of the deceased. This, in turn, gives a voice to the victims via impact statements from people who actually knew them in real life. ‘Impact of Murder’ is produced by October Films for Investigation Discovery. Gillian Pachter and Steve Murphy are credited as executive producers for October. Ali Naushahi serves as the showrunner and for Investigation Discovery, Pamela Deutsch is the executive producer.

Impact of Murder Cast: Who is in it?

Each episode of ‘Impact of Murder’ focuses on one particular case and narrates the entire incident from the POV of the victim. The featured person many be anyone — the deceased’s family member, closest friend, or a loved one. The show chronicles how these individuals finally gathered the courage to face the perpetrator while seeking justice in the court of law.

Impact of Murder Plot: What is it about?

‘Impact of Murder’ adopts a novel concept by placing the victim at the forefront, rather than focusing on involved experts or criminals. After all, they are the ones who face the aftermath of a gruesome killing, head-on. And it makes them suffer the most, resulting in long-term trauma, inconsolable grief, and sometimes, even guilt. ID’s crime series attempts to give a voice to victims through its gripping storytelling method, driven by impact statements delivered in court. This entire approach is not only emotionally captivating but also extremely insightful. As viewers, we get to experience the horror that these individuals had endured and how the events had destroyed significant parts of their lives. It lends a detailed insight into the collateral damage of murder. Impact statements can also serve as an inspiration for someone who might be feeling helpless after a tragedy because they highlight the strength of the victim who gathers the courage to finally face the criminal.

One of the cases covered here is that of Bill Freitag who was burned alive in his family’s upstate farmhouse, located in New York. Previously, the incident was considered to be an accident. However, further investigation revealed that the act was committed by Bill’s childhood friend, Lawrence Tutt, who had used Bill’s identity to execute multiple drug crimes. But rather than dealing with his addiction, he decided to kill the real Bill and escape all the legal charges against him. In the series, we meet Bill’s sister, Carrie Freitag, who narrates how she felt after losing her brother. She also discloses that for her final closure, she had to confront the killer.

Another case is the gruesome double murder of Charisse Christopher and her 2-year-old daughter, Lacie. There was also an attempted murder on her 3-year-old son, Nicholas. After an investigation was launched, all the evidence directly pointed to Pervis Payne, a neighbor’s boyfriend. Post his conviction, Charisse’s mother, Mary Zvolanek took it upon herself to change the face of the judicial system in 1991. Because of her efforts, impact statements were allowed in the courts before sentencing, for the first time in history. This resulted in a major transformation in the rights movement for victims.

Season 2 is expected to throw light on more stories from a victim’s perspective.

Impact of Murder Season 2 Release Date: When will it premiere?

‘Impact of Murder’ Season 1 premiered on Investigation Discovery on July 14, 2019. It was followed by a companion web series, ‘Impact of Murder: After the Statement’, which released immediately on IDGO. In the latter series, the victims narrate how their lives have changed after standing in court and facing the killers. Around six to seven minutes in length, each episode lends a raw, emotional insight into the daunting journey of these individuals.

Now, as far as the next season is concerned, we do not have an official update yet. However, considering the unique premise of the show, we would not be surprised if the creators decide to go for another season soon enough. If we do come across an announcement related to ‘Impact of Murder’ season 2 release date, we shall update this section accordingly.

Investigation Discovery has not released any official trailer for ‘Impact of Murder’. However, you can head to their official page if you wish to be the first to catch up on all its previous episodes.