Where Was ‘Impractical Jokers: The Movie’ Filmed? 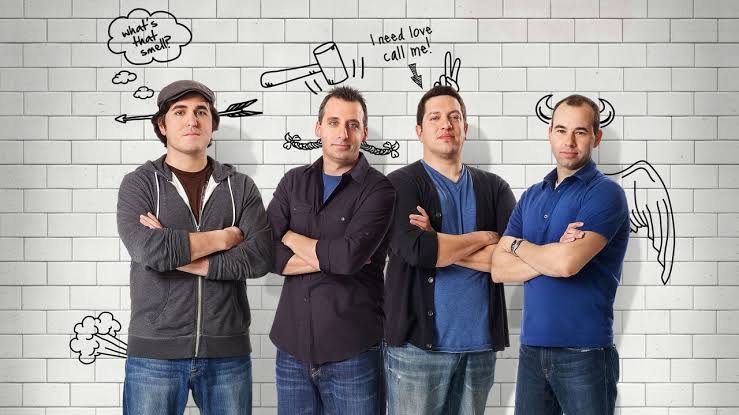 Hidden camera reality game shows have been a staple of mainstream TV for decades ever since ‘Candid Camera’ first aired in 1948. Today, one of the most popular hidden camera shows airing today is Warner Bros. Television’s ‘Impractical Jokers’, which first debuted in December 2011 and has since gone on to air eight seasons with over two hundred episodes in total.

‘Impractical jokers’ focuses on a group of four rabble rousing comedians – Joseph “Joe” Gatto, James “Murr” Murray, Brian “Q” Quinn, and Salvatore “Sal” Vulcano, who collectively call themselves “The Tenderloins”. The four friends challenge each other in an escalating series of dares, earning a thumbs up or thumbs down depending on their performance. Sounds like a fairly fun concept for a TV show but it has now been adapted to the silver screen as well with 2020’s ‘Impractical Jokers: The Movie’.

The typical episode of ‘Impractical Jokers’ is largely unscripted given the reality show nature of the series. However, ‘Impractical Jokers: The Movie’ does have a sort of a narrative tying together the hilariously humiliating hijinks of The Tenderloins. The premise is rather simple – a humiliating incident that befell in high school back in 1992 prompts the Jokers to take to the road and compete in numerous hidden camera challenges in the hope to find redemption. On offer is three invites to an exclusive Miami party being two by 90s superstar Paula Abdul, which the loser will not be able to attend.

If you were wondering what were the ‘Impractical Jokers: The Movie’ filming locations, keep reading.

Where Was Impractical Jokers: The Movie Filmed?

Check out this picture of the cast of ‘Impractical Jokers: The Movie’:

Can't imagine a better way 2 spend my birthday than filming the Impractical Jokers movie w/ my best friends @Joe_Gatto @SalVulcano @BQQuinn , our great crew from @truTVjokers & @funnyordie & knowing that all this is possible cuz of our amazing fans friends & families. Thank u all pic.twitter.com/hgS3qz5hQ8

Filming for ‘Impractical Jokers: The Movie ’began in the four Jokers’ hometown of Staten Island in New York City. The film itself starts out at the Monsignor Farrell High School, where The Tenderloins were classmates back in 1994. A handful of scenes in the film were shot on location in Staten Island featuring prominent local fixtures such as the Verrazzano Narrows Bridge and Ladder Co. 86/Engine Co. 166 in Graniteville. The latter location was previously Quinn’s place of employment as a firefighter.

Staten Island is the least populated of all New York boroughs and is dotted with over 170 parks all across the region. This is what gave State Island the designation of “the greenest borough’. Such is the community’s love of parks that the Fresh Kills Landfill, which was previously known as the largest landfill in the world, is now also being transformed into a park.

However, despite the significance of Staten Island to the Jokers, filming had to move out of the location fairly soon. ‘Impractical Jokers: The Movie’ director Chris Henchy explains the reason behind the shift, “You have to shoot where you could shoot, Just to shoot in Staten Island for one scene was extremely expensive and then [the film] started to move down to Maryland, so I had to find a street wherever we were filming that looked like Staten Island.”

Some of the more prominent films and TV shows shot in Staten Island include the likes of ‘The Godfather’, ‘The Other Guys’, ‘Gotham’, ‘Goodfellas’, and ‘The Blacklist’.

Check out these pictures posted by Sal Vulcano of the first day of filming:

Day 1 of shooting for the #ImpracticalJokers movie. Swipe to see the wonderful little "accident" that happened.

Beyond some additional filming in Staten Island, major portions of ‘Impractical Jokers: The Movie’ was filmed on location at various venues in Maryland. Director Chris Henchy reportedly looked for streets and alleys that resembled Staten Island. The primary driving factor behind choosing Maryland to stand in for Staten Island was financial in nature.

Read More: Where Was Emma Filmed?