Is In a Valley of Violence a True Story?

The genre of Western movies is America’s gift to the cinematic world. Following a nomadic man who travels around the Old West seeking revenge and retribution, many films in the genre have cemented their legacy as some of the most entertaining films in the history of cinema. Although the popularity of the genre has declined in recent decades, Ti West managed to bring the familiar storyline back to our screens with his 2016 movie ‘In a Valley of Violence.’ Starring Ethan Hawke and John Travolta, the movie follows Paul as he makes his way through the town of Denton with his dog, Abbie. In this article, we explore if this movie is based on factual events.

Is In a Valley of Violence Based on a True Story?

No, ‘In a Valley of Violence’ is not based on a true story. In fact, Ti West, the director, said that the story arose from his love for the genre. Referring to the story as conventionally Western West said that he wanted to contribute to the genre. He based the plot around realism and wanted to shoot a piece that reflected traditional cinema. Although ‘In a Valley of Violence’ does incorporate some rather funny moments, at its core, his aim with the film was to showcase what violence can mean to different people. 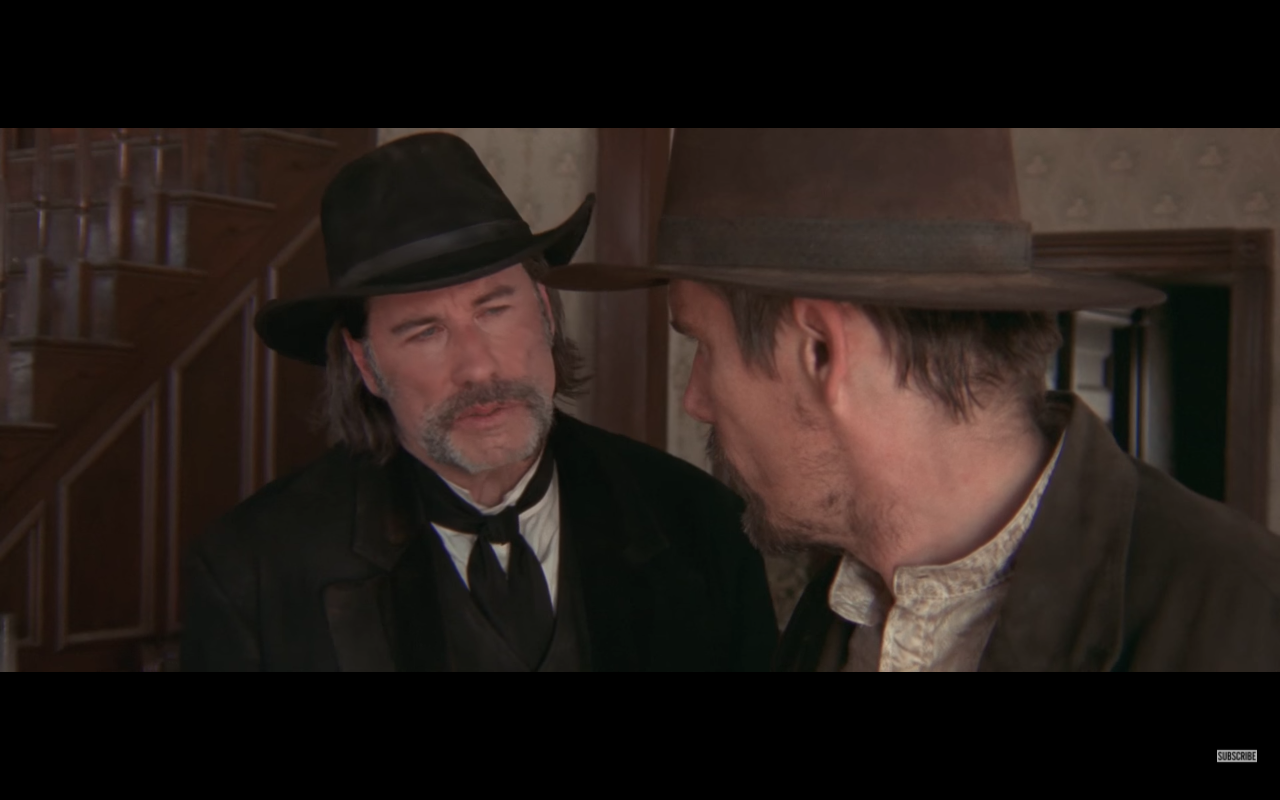 The director also stated that while such movies support bravado, in real life, people are more aware of the danger that they face. West explained, “…to me Westerns always have these really archetype characters that have a lot of bravado and are always prepared for everything and they can spin the gun perfectly and do all these things and I was like, even in real life people aren’t that groovy and so in this movie the bad guys, when the shit hits the fan, they’re just like, ‘Uh oh, we’re not capable of handling this.’”

Talking about how the story was conceived, West said, “The Sacrament was this sort of found footage, new media kind of thing where we were emulating a lot of realism and emulating what another company does and all these things, and it just came out totally effectively great but after a year of doing that, it felt like I was getting away from traditional cinema. So I was like, ‘Well, the next movie I do, I want to do something with big wide shots, performance driven.’”

When it came to the actual filming process, the director said that he stuck with the same crew, including producers Peter Phok and Jacob Jaffke. He also stated that for him, the movie was not about the plot as much as it was about the performances delivered by his brilliant cast. The script had been written with Ethan Hawke in mind. However, casting John Travolta was a complete surprise, even for the director! Talking about his experience, West stated that the ‘Saturday Night Fever’ star was very committed to his character and wanted to make the story feel as authentic as possible.

It is also noteworthy that the entire movie was shot on 35mm, something that the director has always used in his work. Elaborating on the reason behind the choice, West said, “And the visual element of the movie is a huge part of the film. It’s a Western. It’s a cinematic movie. It’s a very visual movie so it just had to be done.” Given such a dedicated cast and production team, it is no wonder that ‘In a Valley of Violence’ makes for a gratifying Western. That could also be the reason it feels like a familiar plot, but we’re here to remind you that it is, indeed, rooted in fiction.

Read More: Where Was In a Valley of Violence Filmed?