Where Was In My Skin Filmed? 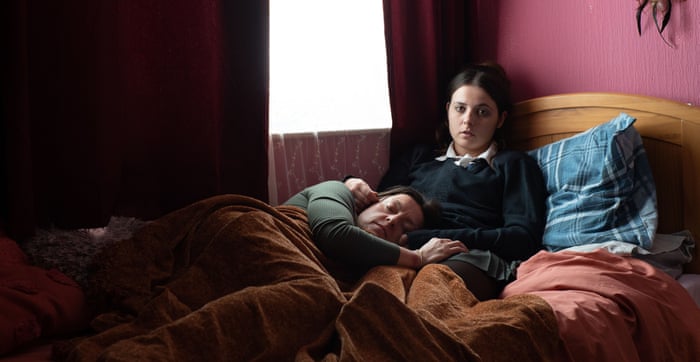 Gone are the days when a coming-of-age story or any regular comedy can succeed without some depth: in characterization or portrayal of reality. British shows like ‘Fleabag‘ and ‘After Life‘ have led the way, delivering entertaining tales that depict some harsher truths at the same time. ‘In My Skin’ is a British coming-of-age comedy that seeks to present the issue of mental health problems at home and its impact on growing up.

Created and written by Kayleigh Llewellyn, ‘In My Skin’ revolves around a sixteen-year-old girl named Bethan who lives in Cardiff. Llewellyn has also worked on Phoebe Waller-Bridge’s ‘Killing Eve.’ One of the central conflicts of the show involves Bethan lying to her friends and classmates about her mother’s bipolar disorder. On the other hand, she also juggles with her non-heterosexual identity in a homophobic school. Gabrielle Creevy plays the leading character of Bethan in ‘In My Skin.’ Apart from that, the role of her mother is essayed by Jo Hartley. Hartley is best known for starring in Ricky Gervais‘ ‘After Life.’

In My Skin Filming Locations

Apart from addressing the crucial topic of mental health issues at home, ‘In My Skin’ also serves to be a portrayal of Welsh life. The show has attempted to capture this authenticity by trying to hire Welsh actors and basing the story in Llewellyn’s hometown, Cardiff. Cardiff plays quite an integral role on the show. It adds another layer to it and gives ‘In My Skin’ a sense of place and a unique voice of its own. Hence, it is natural for viewers to wonder where the British show has been filmed. Is it filmed in Cardiff? Or has another place doubled up as Cardiff?

Yep, ‘In My Skin’ has actually been filmed in Cardiff. That is how the show manages to nail the authenticity of its setting. The Welshness of the series could not have been depicted accurately had it been filmed elsewhere. The series was filmed just a few lanes away from the actual place that Llewellyn grew up in, adding yet another brushstroke of reality.

Unfortunately, information regarding the specific filming locations of ‘In My Skin’ has been scarce. However, the following tweet indicates how filming was carried out in the district of Gabalfa:

Moreover, a Reddit post sheds some further light on possible filming locations. It suggests that filming was carried out in Cardiff High School and Cardiff Royal Infirmary:

Watch In My Skin from Cardiff

Next, an Instagram post by Gabrielle Creevy suggests that filming may have been undertaken in the Welsh town of Port Talbot. The same image was also shared by Jo Hartley with the location tag, “Hackney Wick.” However, it is reasonable to assume that the show was not filmed in Hackney Wick despite Hartley’s post because most of the actress’ posts have the location tag of “Hackney Wick,” indicating the fact that it might just be the location from where Hartley uploaded her posts.

Ok sorry. I know I am keeping and on I can't promise this will be the last ( because it's out TOMORROW !!!!!) BUT in my skin is out TOMORROW. Also my face on a clapperboard. My actual face. But ye. Tomorrow/@bbcthree / April 1st @bbccymruwales 10:45pm. See u there x . . . #inmyskin #inmyskinbbc #bbc3 #bbciplayer #bbc1wales

#Repost @gabrielle.creevy with @make_repost ・・・ Ok sorry. I know I am keeping and on I can't promise this will be the last ( because it's out TOMORROW !!!!!) BUT in my skin is out TOMORROW. Also my face on a clapperboard. My actual face. But ye. Tomorrow/@bbcthree / April 1st @bbccymruwales 10:45pm. See u there x . . . #inmyskin #inmyskinbbc #bbc3 #bbciplayer #bbc1wales