‘In The Mood For Love’: The Fear and the Lure of Falling in Love 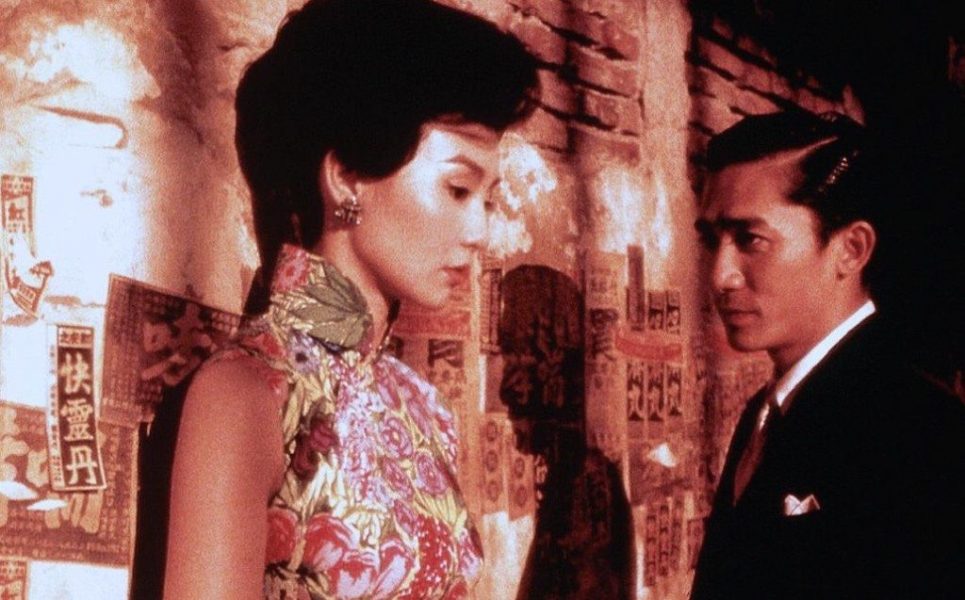 ‘In The Mood For Love’ is not just a film; it is a poetry in motion.  With beautiful, captivating images and equally exquisite, soul-piercing music, ‘In The Mood For Love’  tells the complex story of two simple individuals who are caught together in circumstances that ever-so-unpredictable life can pose. Two individuals who go through the fear and the lure of falling in love; and once in love, the sheer pain of leaving it incomplete. ‘In the Mood for Love’ has so much of love simmering underneath the surface that it could very well be one of most romantic films ever made.  Rarely, a film, so understated and so reserved, has such an impact after viewing. Only after you have watched the film, you will realize, how in the most subtle but profound ways, the film also conveys the sheer absurdness of marriage; and more interestingly, it questions the role and significance of intimacy — or lack thereof — in love.

One must remember though,  ‘In The Mood for Love’ is not about the perks of being in love, but rather the consequences of being in it; especially, when love is in not what you seek to attain, but instead, what you seek to sacrifice. That also gives rise to an interesting dichotomy of perception of love: whether love is giving up your own happiness for the sake of someone (you love), or is it in the perseverance to attain it ? Obviously, it depends on how you want to look at it; though, the two characters in ‘In The Mood For Love’ surely believe in the former.

‘In The Mood of Love’ is a story of Chow Mo-wan and Su Li-zhen who are neighbors and come close together due the circumstances created by their respective partners who are having an extra-marital affair. But, slowly they themselves develop liking for each other and subsequently also fall in love but they decide to not follow the footsteps of their respective partners and keep their love platonic. As these two try to maintain sanctity of their respective marriages, what ensues is the test of their own patience and character. Though the film doesn’t encompasses any tragic tone but it leaves you with a lump throat and a sense of emptiness. And more than anything it amazes you with sheer power of its imagery and story-telling. The magnificent orchestration and the appealing imagery compliment each other in ways I have rarely seen before.

The film barely has dialogues, and in its most quiet moments, the two leads convey more with glances than what could be said with thousand spoken words. The most cleverly entertaining moments are those when the leads play pretense games, where both pretend to be someone they are not; that also gives them opportunities to be more open, playful and romantic with each other, which they have prohibited themselves to be in reality. The games offer them a place of solace and a kind of alternate reality and an escape from their own miserable lives.

There are films that require intense, in-your-face acting. And then there are films where you require actors to “not act”, but rather just be. ‘In The Mood For Love’ is one of those films. The two actors deserve highest adulation for underplaying their parts. Tony Leung portrays his character with such genuine warmth that not only you whole-heartedly feel for him but you also develop an inquisitive desire to meet and know him. The same goes for Maggie Chung‘s character, who is not as transparent as Leung’s but the sorrow & pain in her eyes, and the utter sympathy in her voice is what draws you towards her. In the end, both are selfless, honest and genuinely good human beings who are immensely likeable.

Lastly, in one of master-strokes, the faces of the respective cheating spouses are never shown. Director Wong-Kar-Wai knowingly leaves many things for the viewers to infer and second guess, which makes the watching experience all the more interesting. And having watched the film more than half-a-dozen times I can safely say this : Every viewing experience will be more enlightening than the previous one. Savor it, feel it, for such movies are made once in a lifetime.