Will There be an Indebted Season 2? 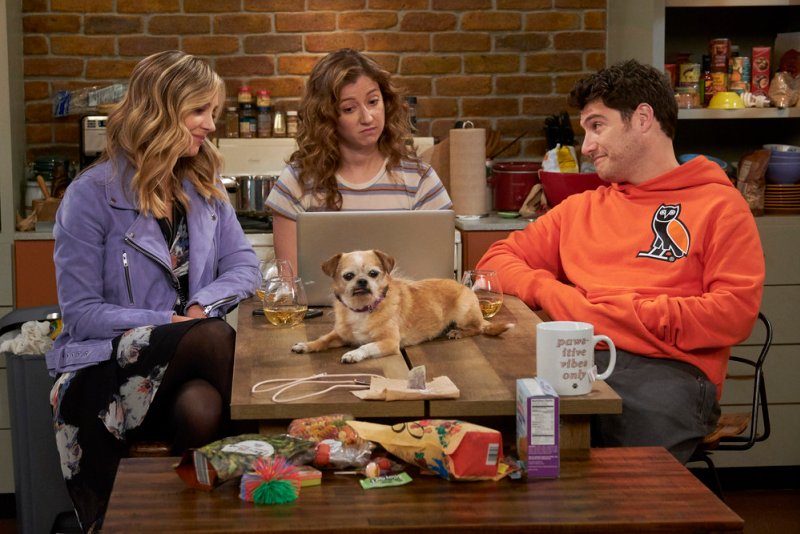 ‘Indebted’ is a family sitcom that airs on NBC and is created by Dan Levy. The story revolves around a couple, with the husband inviting in his broke parents to live with them as long as they like. But soon the situation crumbles into chaos when the members start clashing among themselves.

The multi-cam comedy, which adopts a familiar premise of the dysfunctional family hijinks, boasts a strong cast and well-paced hilarious moments. It might not have reached the level of other NBC superhits like ‘The Good Place‘ and ‘Superstore‘ but still, it managed to strike a chord with viewers. Overall, it was well-received by fans. Now, with its first outing having ended, here’s all you need to know about ‘Indebted’ season 2.

Indebted Season 2 Release Date: When Will It Premiere?

‘Indebted’ season 1 premiered on February 6, 2020, on NBC. Since it was a mid-season entry for the channel, it had a couple of episodes left to air before it had to truncate the season. Due to the 2020 COVID-pandemic, ‘Indebted’ joined the list of other NBC titles that had to wrap up earlier than planned. It ended with its 12th episode on April 16, 2020.

NBC has not yet sealed the fate of the sitcom; i.e, it is yet to cancel or renew the series for another season. Its freshman installment opened to overall positive reviews but since the story approaches a conventional trope, it still has scope for a lot of improvement. However, this is not the first time that a comedy-drama has started off on a modest note. There have been instances when shows with a not-so-promising inaugural outing have progressed to become breakout hits.

Hence, it won’t be a surprise if NBC decides to give the sitcom another shot. And if they do, we expect ‘Indebted’ season 2 to release sometime in 2021.

Indebted Season 2 Cast: Who Can Be In It?

‘Indebted’ is led by Adam Pally as Dave Klein, Abby Elliott as Rebecca Klein (Dave’s wife), and Jessy Hodges as Joanna Klein (Dave’s lesbian sister). They are joined by Steven Weber as Stew Klein and Fran Drescher as Debbie Klein. Stew and Debbie are Dave’s parents.

Since most of the plot revolves around the above-mentioned family members, we expect all of them to return for season 2, as and when that happens.

Indebted Season 2 Plot: What Can It Be About?

Dave and Rebecca are a couple who have just overcome the tough phase of raising a baby. Now, they are all set to reclaim their lives. However, their dreams are shattered when Dave’s broke and immature parents, Debbie and Stew make an unwelcome visit. Dave has no choice but to ask his parents to stay with them as long as they need to.

However, complications arise when it is revealed that Debbie and Stew are completely irresponsible. They do not know how to handle money and come up with all sorts of crazy ideas — which result in clashes among the family members. Season 2, if renewed, will embrace the same premise and continue to chronicle the various antics of the Kleins as they live together under one roof.

While we wait for additional updates on season 2, watch the season 1 trailer below:

Read More: Where is ‘Indebted’ Filmed?