10 Indian Origin Actresses Who Made a Mark in Hollywood 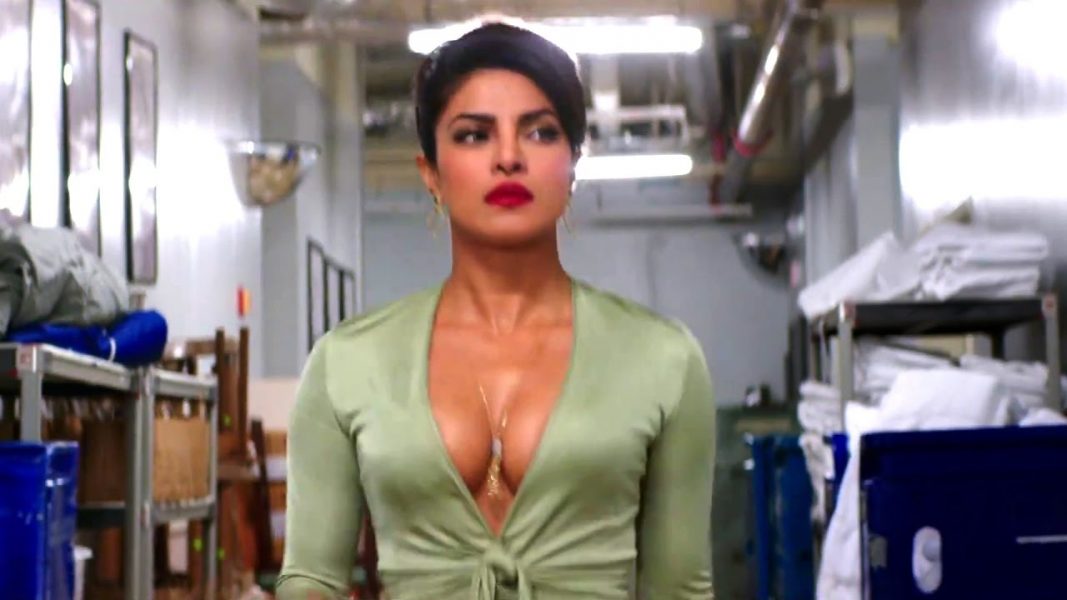 Hollywood recently has been getting blamed quite a lot for being biased towards actors and actresses who are born and fed Americans. Whether there is any truth to these allegations is debatable. But we are here today to present a different side of the coin. We list down actresses of Indian origin actresses who are virtually outsiders to Hollywood but have been welcomed with open arms by the show business in Los Angeles. Here’s the list of top 10 Indian Hollywood actresses who have made it big in the Tinseltown.

A first-generation Indian American, Sheetal Sheth was born to a Gujarati couple who migrated to the United States in 1972. She made her debut in the 1999 groundbreaking movie ABCD, after which she had regular appearances in many TV series. Another breakthrough came in 2005 when she acted in the critically acclaimed ‘Looking for Comedy in the Muslim World’. Sheetal’s cheeky and fresh performance in the same was widely appreciated. Her comparatively familiar roles, however, remain the lesbian ones opposite Lisa Ray in ‘I Can’t Think Straight’ and ‘The World Unseen’. She is also the first Indian American to be showcased in the Maxim magazine.

Youngest daughter of Indian-born writer Saeed Jaffrey and the famous Indian actor Padma Shri Madhur Jaffrey, Sakina Jaffrey has certainly made her mark in Hollywood. She grew up estranged from her father when her parents divorced. However, their relations improved afterward, and she acted opposite him in the movie ‘Masala’ (1991). Since then she has acted in films like ‘The Truth about Charlie’, ‘Raising Helen’, ‘Breakaway’, and ‘The Nanny Diaries.’ She’s better known for her roles in TV series like ‘Third Watch’, ‘House of Cards’, and ‘The Mindy Project’.

Part of the famed Game of Thrones cast, Ellaria Sand aka Indira Varma comes from an Indian descent from her father’s side. Born in England, she graduated from the Royal Academy of Drama and Art, London in 1995. After spending few years in Theatre, she officially made her movie debut with ‘Kama Sutra: A Tale of Love’ in 1996. She was appreciated for her acting in Bride and Prejudice as well as Basic Instinct 2. Since then she has appeared regularly in TV series like Human Target, Paranoid, and of course Game of Thrones. Well, I for one would like nothing more than to see more of the ‘Lord of House Martell’ in the future.

Vera Mindy Chokalingam better known as Mindy Kaling is an American actress who is famous for playing Kelly Kapoor on ‘The Office.’ Her parents are from India and migrated to the United States just after her birth. She started her career as an actor and writer for the TV series ‘The Office’ in 2002. Subsequently, she was selected as a writer, producer, and actor for Fox’s new project later titled as ‘The Mindy Project.’ Other than these TV series for which she is quite renowned, she has starred in movies like ‘The 40-year-old Virgin’, ‘No Strings Attached’, and ‘The Night Before’.

This might come as a surprise for many but Rhona Mitra, the English singer and actress, has an Indian descent. Better known for playing Sonja in ‘Underworld: Rise of Lycans’, Rhona Natasha Mitra was born to an Irish mother Nora Downey and Bengali-Indian father Anthony Mitra. She began her career as the famed Lara Croft model in 1997 and quickly moved to TV series like Party of Five, The Practice, and Boston Legal. She has since starred in many top-notch roles including movies like ‘Shooter’, ‘Doomsday’, and ‘Stolen’.

Primarily a Canadian actress, Lisa Ray was born in Toronto to a Hindu-Bengali father and a Polish mother. She started her career as a model in the 1990s and quickly rose to fame with only a handful of advertisements due to her unprecedented beauty. Lisa made her debut in Bollywood alongside Aftab Shivdasani in the movie Kasoor, and after that she didn’t look back. She received global recognition for her role in Oscar-nominated movie Water in 2005. She was diagnosed with Multiple Myeloma, a rare form of cancer in 2009. She has since then fought hard personally and professionally to remain in the limelight with roles scattered across the globe.

A television and movie actress Parminder Kaur Nagra was born to a Sikh family who migrated from India to England in the 1990s. She rose to fame with her role as Jess Bhamra in Gurinder Chaddha’s ‘Bend it Like Beckham’ opposite veteran actors like Jonathan Rhys Meyers, Anupam Kher, and Keira Knightley. She displayed her charm and years of experience she garnered acting in English Theatre, and it was not long before she was offered a role opposite Anne Hathway in the movie ‘Ella Enchanted.’ Since then she has worked in popular TV series like ER (she’s a series regular), The Blacklist, and Agents of Shield.

Born and brought up in Mumbai, this actress came in the global spotlight with her performance in Slumdog Millionaire. She was widely appreciated for her role as Latika in the same, as well for various others she has played after that. After beginning her career alongside Dev Patel in the Oscar smasher movie, she went on to act in ‘You will meet a Tall Dark Stranger’ alongside Anthony Hopkins and Antonio Banderas. Other notable works include ‘Rise of the Planet of Apes’ and ‘Immortals.’ Nine years into Hollywood she surely has made her presence felt, and we wish her nothing but good luck for her future ventures.

Known for her role as Kalinda Sharma on ‘The Good Wife’ Archie Punjabi comes from a Hindu immigrant family who settled in England after leaving India. Though she started small time in British cinema, she slowly and steadily made her ascent and shifted to bigger roles in Hollywood. Her notable works other than The Good Wife include Yasmin Husseini in ‘Yasmin’ (2005), Pinky Bhamra in ‘Bend It Like Beckham’ (2002), & Asra Nomani in ‘A Mighty Heart’ (2007). Her achievements include a Primetime Emmy Award, two further Emmy nominations, one Golden Globe nomination, and three Screen Actors Guild Award nominations. Her exquisite acting and long reign in the tinsel town has garnered her a respectable position in Hollywood as well as our list.

This one surely needs no introduction. The ‘New Girl in the City’ started her career with the movie Andaaz alongside Lara Dutta and Akshay Kumar in Bollywood. After proving her penchant as a versatile and multi-talented actress in India she moved to Hollywood and conquered the Kingdom of dreams. She recently worked opposite Dwayne ‘The Rock’ Johnson in ‘Baywatch’. After signing a talent holding deal with ABC Studios she became a series regular for ‘Quantico’, making her the first South-Asian to headline an American TV show. Priyanka has various movies lined up under her production house in India as well as in Hollywood like ‘A Kid Like Jake’ and ‘Isn’t It Romantic’. She quite deservedly has been named by Time magazine as one of the 100 most influential people in the world.