Where to Stream Infidel? 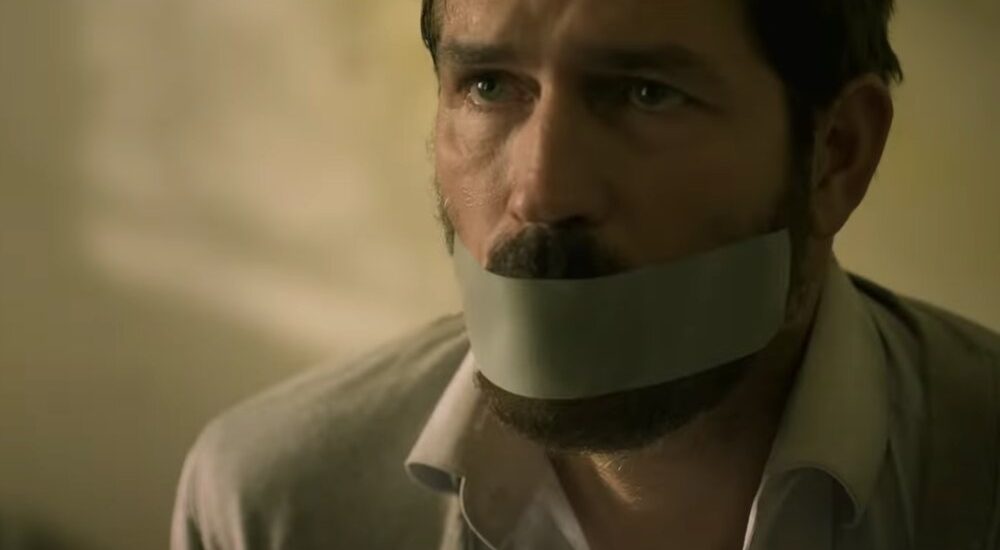 ‘Infidel’ is an American political thriller that shows how freedom of speech can often get us into trouble. An outspoken journalist is captured in the Middle East, and his wife tries to use her connections in the government to get him freed. But, she soon realizes the apathy that exists at the highest echelons when just one life is at stake. It is a gripping tale accentuated by fine performances. You might be wondering where to watch ‘Infidel.’ Before we tell you that, let us tell you a little more about the film.

What is Infidel About?

An American ends up getting captured in Cairo and is taken to Iran on charges of spying. His wife tries to get everyone to help him. When no assistance can be found from any quarter, she goes to rescue him herself. The film documents the ordeal of someone who champions free speech since the journalist is kidnapped while attending a conference. As an outspoken reporter and blogger, he’s had a target on his back, which plays out in the film. ‘Infidel’ also documents how having contacts in the government is often not enough if the matter is too delicate, or there is a risk of an international incident – even if an intervention seems justified.

Is Infidel on Netflix?

Netflix keeps making smart additions to the platform, which is why it is a preferred choice. ‘Infidel’ is not on the site, but there are several exciting political thrillers you can check out. We recommend ‘Tinker Tailor Soldier Spy,’ a Cold War tale. A semi-retired agent is forced to uncover the presence of a Soviet mole among his friends at MI6.

Is Infidel on Hulu?

If you’re a Hulu subscriber, you’re often treated to a dynamic roster of content. ‘Infidel’ is not part of the site’s library, but you should be able to check out ‘Affairs of State,’ where a campaign aide makes the mistake of sleeping with the wife of the Presidential candidate. It almost ruins his career, as he’s left fighting corruption and blackmail. Soon, things turn deadly as the aide realizes his life might be at risk.

Is Infidel on Amazon Prime?

Amazon Prime takes pride in housing globally relevant and appealing content. Naturally, the platform attracts viewers from all over the world. ‘Infidel’ is not on Prime, but you can check out ‘Hotel Rwanda.’ It shows how humans can also be capable of compassion while a few have tendencies of apathy and cruelty. The premise follows a hotel owner who houses thousands of refugees to protect them from genocide.

Where to Watch Infidel Online?

At this moment, ‘Infidel’ cannot be streamed elsewhere online. You have to wait for it to arrive on VOD platforms. But if you would like to watch the film in a movie theater, you can purchase the tickets on Fandango.

Where to Stream Infidel For Free?

Sorry, but there is no way to catch ‘Infidel’ for free at the moment. You have to pay to watch it or wait till it arrives on a platform with a trial period. But, we encourage readers to pay for the art they consume.