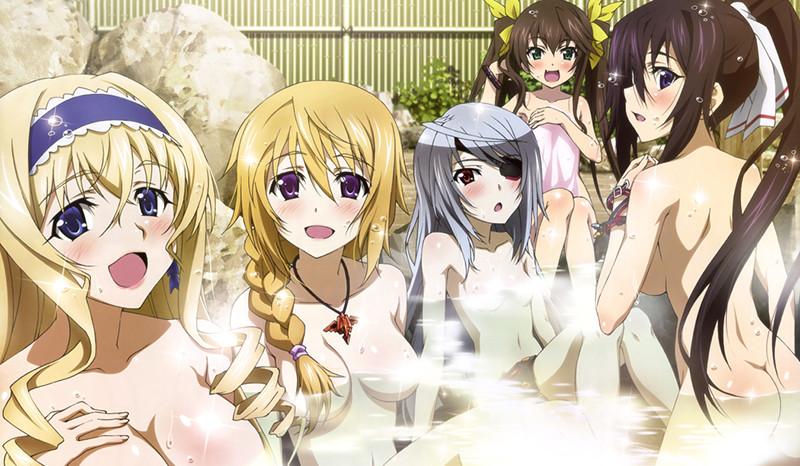 Season 1 was succeeded by an original video animation (OVA) episode called IS: Infinite Stratos Encore – Koi ni Kogareru Rokujuusou, which premiered on December 7, 2011. A couple of years later, on October 4, 2013, Infinite Stratos made a return with Season 2, following which another OVA episode, titled IS: Infinite Stratos 2 – World Purge-hen, was released on November 26, 2014. Since then, fans of the source material and the show have been waiting to hear about a third season. Here’s everything we know about Season 3 thus far.

Infinite Stratos Season 3 Release Date: When will it premiere?

Infinite Stratos Season 2 premiered on October 4, 2013, and saw its finale being aired on December 20 of the same year. Although it was followed up with an OVA episode the next year, there has been next to no news on the future of the show since then.

Not only has Season 3 not been confirmed, the chance of the show getting renewed for a new season is also diminishing by the day. At this point Infinite Stratos Season 3 release date of 2021 or 2022 seems like a distant dream. Anime shows, usually, are renewed within a period of five years at most, and Infinite Stratos has crossed that mark. Given this fact, and the fact that there has been no talk of a third season, there’s a high chance that the show might get cancelled. However, nothing can be said for certain till an official announcement is made on the future of the show. We’re keeping our eyes peeled for news on the fate of Infinite Stratos, and we’ll update this section as soon as we hear something.

You can stream ‘Infinite Stratos’ on AnimeLab and Crunchyroll with its original Japanese audio and English subtitles.

Infinite Stratos is set in a not-too-distant future, and the events in the show start off when a Japanese scientist creates a high-powered exoskeleton called Infinite Stratos (IS). Designed to be used in combat, IS quickly proves to be far ahead of its competition, and possesses firepower and combat abilities unmatched by any extant technology on the planet. Before the exoskeleton can be pressed into military service, however, the world, wary of the destructive potential of IS, passes the Alaska Treaty, banning the use of the exoskeleton in battle.

A decade after the creation of IS, however, the world has changed, and now only women hold the capability to pilot IS suits. Owing to their exclusive ability to pilot the most advanced military technology ever created, women have taken over everything in the political, social, cultural, and economic spheres, and power is completely skewed in their favour. In this society, men have taken on a subservient role, and have been pushed to the fringes, where their only value is the service they can render to their female overlords.

In this world, the show follows the story of a 15-year-old boy called Ichika Orimura. While Ichika comes off as a seemingly normal person, an accidental run-in with an IS suit changes his life. During the run in, Ichika discovers that he is the only male in the world who has the ability to pilot an IS suit, and soon, the news starts to spread. Unable to escape from the spotlight, Ichika is thrust into fame, and becomes the hope for men wanting an even power structure. Seeing Ichika’s potential, the Japanese government thus forcibly enrolls him in the prestigious IS Academy, where IS pilots from all over the world are trained. Ichika is thus stuck in a world where everyone except for him is a female, and has to try his best to keep his hormones in check. While Ichika starts enjoying his new life, threats and dangers are never too far away, and the show follows Ichika’s life at the IS Academy as he struggles to balance his responsibilities with having an enjoyable life.

Infinite Stratos has dozens of characters, and a handful among them are central to the show. Below, we’ve given you brief backgrounds on each of the main characters.

Ichika Orimura: The main protagonist of the show, Ichika is the world’s only male IS pilot, and becomes a first year student at the IS Academy when his powers are discovered. Being the first male IS pilot, Ichika is thrust into fame, especially owing to the fact that his elder sister, Chifuyu, is a legendary IS pilot. At the Academy, Ichika is assigned to the Byakushiki IS, and starts training to become the best. However, he is not the greatest pilot when it comes to tactics, and is often outplayed by his more tactically inclined peers. Ichika is also shown to be dense, and remains mostly oblivious to the feelings of the girls around him, despite their repeated attempts to pique his interest.

Houki Shinonono: Another first year student at the IS Academy, Houki is Ichika’s childhood friend. Having not seen each other for six years, Houki is reunited with Ichika when he is forced to join the IS Academy. A national kendo champion, Houki is extremely skilled at close quarters combat and pilots the Aka Tsubaki IS.

Cecilia Alcott: Cecilia is also a first year student at the IS Academy and is the IS cadet representative from England. Despite having grown up as a British aristocrat, Cecilia harbours a strong distaste for men, owing to the fact that her father was a weak and timid man. Three years prior to the events in the show, however, Cecilia loses both her parents in a train accident, and is an orphan. She pilots the Blue Tears IS, and later, develops feelings for Ichika.

Lingyin Huang: The Chinese cadet representative at the IS Academy, Lingyin is another of Ichika’s childhood friends. In the show it is revealed that Lingyin had a crush on Ichika back from their days in junior high school because Ichika used to stand up for her when she was bullied owing to her nationality. Lingyin pilots the Ryuhou IS.

Charlotte Dunois: Another first year student at the IS Academy, Charlotte is the cadet representative from France. Although Charlotte is originally introduced as “Charles” and claims to be the second male IS pilot in the world, Ichika later discovers Charlotte’s true gender. Charlotte, meanwhile, falls in love with Ichika.

Laura Bodewig: The cadet representative from Germany at the IS Academy, Laura is a genetically engineered super soldier and holds the rank of Second Lieutenant. Having served under the command of Ichika’s legendary sister, Chifuyu, Laura holds her in extremely high regard.