Will There be a ‘The Influence’ Sequel? 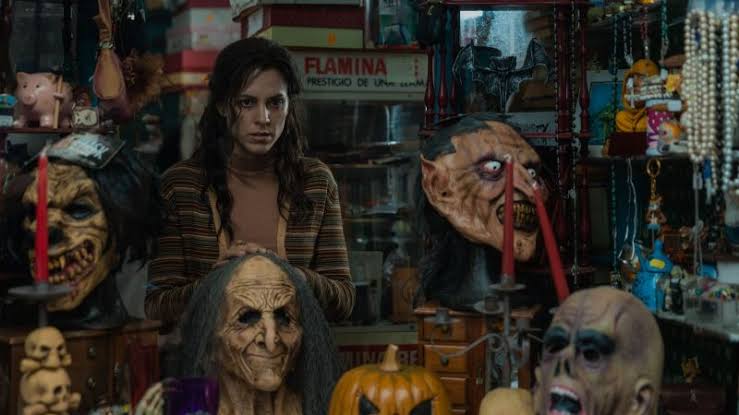 Horror is one of the most popular genres in film and horror movies once successful, often lead to franchises. One only has to look at James Wan’s ‘The Conjuring‘ series to know the truth of it. Moreover, there are always scary stories to tell and having further installments allows the movies to end in cliffhangers, heightening the horror of the situation. Netflix’s latest addition for the Halloween season, titled ‘The Influence’ or ‘La Influencia’, in Spanish, is no exception.

Although the film toys with the boundaries of horror, often moving into areas of violence, family trauma, and repressed hurt, the basic premise is a scary movie that introduces us to a family with messed up dynamics, where the grandmother seems to be an extremely powerful witch. Despite telling a tale that is only somewhat gripping (you can read our review here) the movie ends on a fantastically frightful note. The ambiguous nature of the ending with the horrific hint it carries must make you question whether we will be seeing a follow up to ‘The Influence’. We are here to answer that as we bring to you all that we know about the sequel to the movie.

The Influence 2 Plot: What Could it be About?

‘The Influence’ ends on a note of quiet horror. Alicia, her husband Mikel and her young daughter Nora, move to Alicia’s childhood home to take care of her dying mother. Alicia reconnects with her sister Sara. Soon, the dying woman’s witchcraft begins to have an impact on all the family members. However, the witch specifically targets Nora, claiming her body as her own, and the young girl grows dangerously close to her grandmother throughout the movie.

By the time the movie ends, Nora is completely under the influence of her grandmother and exhibits violent behavior. Mikel and Alicia manage to put up a violent fight for her life. Seemingly, the witch loses this fight and all is right with the daughter. However, in a dream sequence, we see Nora confront her grandmother and urge her to walk the path of light. The woman is unwilling to forgive and move on, instead choosing to show Nora the true face of darkness, which is a grotesque form the witch’s dead husband takes. When Nora wakes and leaves with her parents, she scratches the car seat with her fingers in the same way the grandmother was scratching the hospital bed.

All of these actions seem to indicate that the grandmother’s hold over Nora might have diminished but has not disappeared completely. Even more shockingly, she might be hiding insidiously, waiting to regain control over Nora to unleash vengeance upon her last surviving daughter.

In the eventuality that a sequel to ‘The Influence’ is made, we are likely to see Nora very much under the witch’s control. The witch let her darkness enter the young girl and there have been no signs of it leaving. It is almost akin to possession and Nora will require some sort of an exorcism in the sequel to be completely free of her grandmother’s influence. One thing is for certain, ‘The Influence 2’ will be sure to crank up the horror as we revisit the family that is plagued by the ghosts of the past. Now that the witch has relinquished her old corporeal form, they are bound to be in for a tougher time because the unforgiving woman will not let the darkness or her family members go off that easily.

The Influence 2 Cast: Who is Going to be in it?

The cast of ‘The Influence 2’ is bound to reintroduce us to Alicia and the rest of her family. Thus, we will see Manuela Velles reprising the role of Alicia, while Alain Hernandez returns to play Mikel. Claudia Placer might return to play Nora, but if the sequel shows a grown-up version of the young girl, a new actress could be on board to play the part. Maggie Civantos will most likely not reappear as Sara, having died in the first movie, but could return in flashbacks. Although the witch has met her end, we are sure Daniela Rubio will be reprising her role and will appear in flashbacks or Nora’s visions as she controls her.

The Influence 2 Crew: Who is Behind it?

Denis Rovira is the man behind ‘The Influence’ and if there is a sequel, he will definitely be looking to helm it. The producers and the rest of the crew might change with the new project depending on the direction it takes.

The Influence 2 Release Date: When will it premiere?

‘The Influence’ premiered on October 11, 2019, on Netflix. At the moment there are no plans for a sequel. However, if ‘The Influence 2’ is made, you cannot expect it to comes out before 2021.

‘The Influence 2’ does not have a trailer yet, naturally. However, you can check out the official trailer for ‘The Influence’ here.