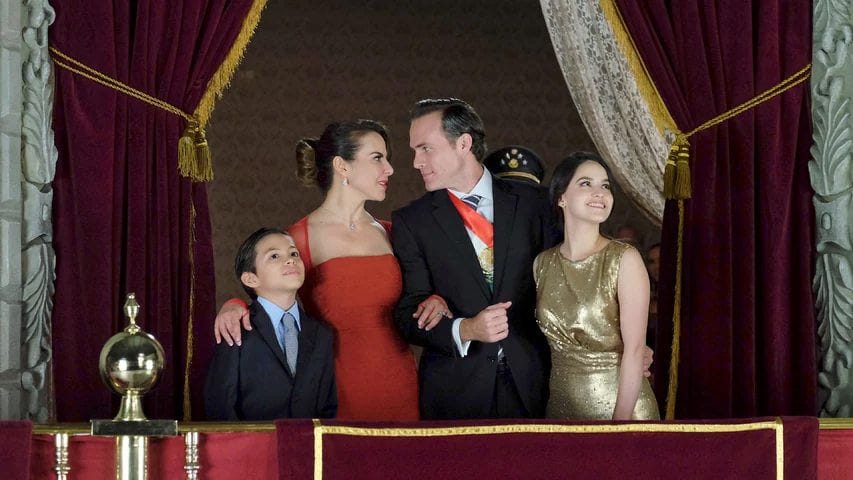 ‘Ingobernable’ is a Mexican political drama web television series that airs on Netflix and follows a fictional First Lady of Mexico who gets caught up in a major scandal involving the murder of her husband and President of Mexico.

A relatively new show, Season 1 of ‘Ingobernable’, consisting of 15 episodes, premiered on Netflix on March 24, 2017, and after receiving largely positive feedback from viewers, Netflix renewed the show for a second season. A bit over a year later, Season 2, consisting of 12 episodes, premiered on the streaming service on September 14, 2018. Now, fans of the show are wondering whether ‘Ingobernable’ will be back with a third season. Here’s everything we know about it thus far.

Ingobernable Cast: Who is in it?

If ‘Ingobernable’ is renewed for a third season, we expect most of the main cast members to make a comeback and reprise their roles, especially Kate del Castillo, as she is one of the reasons for the show’s success. In fact, her importance in the show can be equated to Kevin Spacey’s in the critically acclaimed American political drama, ‘House of Cards’.

Read More in TV Preview: The Good Cop | The Haunting of Hill House

Ingobernable Plot: What is it about?

As far as the plot of the show goes, the story is quite an interesting and a politically charged one. The show starts off at a time in First Lady Emilia Urquiza’s life when she becomes disillusioned with her marriage with the once young and charismatic President Diego Nava Martinez. For context, the two of them started out with a great vision to improve the living conditions in Mexico, but years later, when Emilia sees very little change, she starts to question her faith in her husband. Finally convinced that her husband doesn’t share her vision, Emilia serves him divorce papers.

However, in politics, nothing goes as planned. On the night Emilia is slated to leave, Diego comes down upon her in an abusive rage, maddened by the impending impact of the divorce on his political life. In the fight that ensues, Emilia pulls a gun on Diego, who ultimately overpowers her and knocks her unconscious. When Emilia comes around, she wakes up to a new Mexico. Upon regaining consciousness she learns that Diego has been found dead with a bullet in his head and that all circumstantial evidence points towards her. However, keeping her wits around, Emilia realizes that she had woken up with a gun in her hand, the same gun which she had left in the bedroom. This, of course, strikes her as odd, and she comes to the conclusion that someone else came into the room while she was unconscious, murdered Diego, and framed her.

Although shocked at the horrific turn of events, Emilia retains her wits and manages to escape. Now on the run, Emilia not only has to prove that she did not kill her husband, but also has to discover the identity of the murderer to clear her name. This task, by no means, is an easy one, and Emilia has to her life of comfort behind as she dives into the seedy underworld of Mexico to find the ones behind the conspiracy and bring them to justice.

This thrilling plot of ‘Ingobernable’ is brought to life by a brilliant performance from Kate del Castillo, so much so that the tension and the drama is palpable to those watching the show. Further, the thrilling plot is made even more suspenseful as ‘Ingobernable’ keeps its secrets close to itself, and reveals them slowly at a time it deems is appropriate. This approach, however, has not sat well with some, who have criticized the show for wrongfully demanding uncalled for patience from its viewers. That being said, if you enjoy political drama and don’t mind being a little patient, ‘Ingobernable’ is sure to take you on a thrilling ride through Mexico. While the show does not have a score on review aggregator website Rotten Tomatoes, it enjoys a good overall rating of 7.3/10 on IMDb.

Ingobernable Season 3 Release Date: When does it premiere?

Season 2 of ‘Ingobernable’ premiered on September 14, 2018, but in the time that has elapsed since then, Netflix has made no announcement pertaining to the show’s future and the possibility of Season 3.  Kate del Castillo in an interview said, “I want to see [Emilia] as President! I want to see her go there, with her brains and with her hard work, with her integrity. We’ll see. I have no idea where it’s going, if there’s a third season. But I hope there is and I hope she gets to be President. Hell yeah, why not?” If this is indeed where Emilia is headed, then the show is likely to get a third season, as the second season did not end with Emilia becoming President or coming close to it.

Our best guess is that if the show does get renewed, Season 3 of ‘Ingobernable’ can release sometime in 2020. We are keeping an eye out for news pertaining to the future of the show, and we will update this section when Netflix makes an official announcement on the same.

While we wait for Netflix to make an announcement pertaining to the future of the show and the possibility of Season 3, here is the trailer for Season 2 to give you a glimpse into the show and the story thus far.