When Will Ink Master Season 13 Premiere on Paramount? 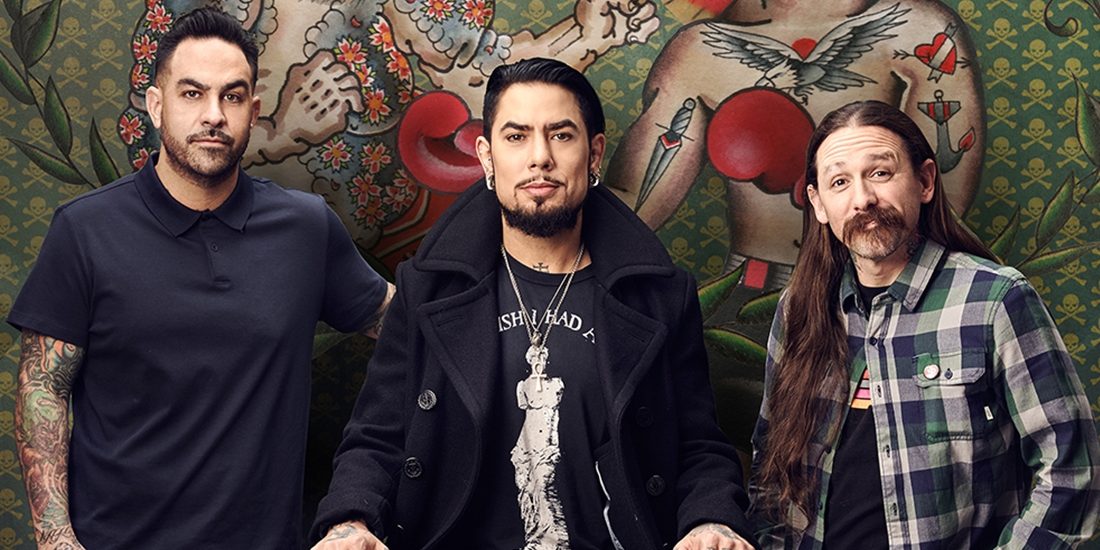 ‘Ink Master’ is a tattoo competition reality show that airs on the Paramount Network. Presented by Dave Navarro, the show features tattoo artists from various backgrounds who compete against each other in a variety of challenges that put their tattooing skills and other related artistic skills to the test.

A pretty old show, Season 1 of ‘Ink Master’ premiered on January 17, 2012, when the Paramount Network television channel was called Spike. Since then, the show has seen a whopping 12 seasons air and, in the process, it has built up a dedicated fan base. In fact, it is so popular that it has spawned two spin-off shows, titled ‘Ink Master: Redemption’ and ‘Ink Master: Angels’. Further, special episodes centered around upcoming events and holidays like Halloween are also frequently aired. As far as reception is concerned, the show enjoys a special place among tattoo artists and tattoo enthusiasts alike, and it has a good rating of 7.4/10 on IMDb.

Unsurprisingly, the show routinely performs well in the 18-49 years demographic category, and fans have been wanting to know about ‘Ink Master’ Season 13 ever since the Season 12 finale aired. Here’s everything we know about the next season.

Ink Master Season 13 Release Date: When will it premiere?

As far as the next season is concerned we have good news for the fans. A few months after the end of season 11, on May 7, 2019, Paramount Network announced that the show has renewed for both 12th and 13th seasons. And that’s not all. The network also announced that they were expanding its popular Ink Master franchise across platforms and another spinoff series, Ink Master: Grudge Match.

Ink Master Cast: Who is in it?

Being a reality show, the contestants in each season vary, and as such, there is no fixed “cast” per se. That being said, the presenter and the judges of the show have remained unchanged over 12 seasons, and they are making a comeback in Season 13.

Dave Navarro, the guitarist of the rock band Jane’s Addiction, presents the reality show, while former ‘Miami Ink’ cast member Chris Nuñez and accomplished tattoo artist Oliver Peck take up the roles of the two primary judges. Apart from the two judges, the show occasionally calls in guest judges, but of course, who these guests are, differ almost every time.

Season 13 is titled Turf War and it will feature artists from the East, South, Midwest and West regions of the US. On November 12, 2019, Paramount officially announced the cast with Dave Navarro stating: “This season on Ink Master, 20 top tattooers from around the country are battling it out for the title of Ink Master, a $100,000 and of course, a feature in Inked Magazine.” There are returning artists as well, including Angel Rose, Jason Elliott, Frank Ready, and Jimmy Snaz. You can get the entire details of the featured artists here.

What is Ink Master about?

Being a tattoo competition show, ‘Ink Master’ follows a particular format when it comes to its competition.

Apart from season finales, almost all episodes follow a preset basic format. First, contestants have to take a Flash Challenge which involves a test of their tattooing-related artistic skills such as etching, painting, etc, with each week testing a different skill. The winner of the Flash Challenge is determined based on contestants’ proficiency in the skill being put to the test. Winning the Flash Challenge, of course, has its advantages as a winner not only gets to choose his/her own human canvas for the upcoming challenge but also gets to pair up other contestants with their human canvases.

Once the Flash Challenge is completed, contestants have to take the main test, which is called the Elimination Challenge. The Elimination Challenge each week typically involves tattooing on a human canvas, and usually, contestants have to make a tattoo based on a particular and prominent style of tattooing. Once contestants are paired up with their human canvases, they are given a day to discuss their assignments with their human canvases. The following day, the contestants are given four to six hours to tattoo their designs. Once this is completed, all the contestants meet the judges, who critique each design and give their verdict one by one.

Following this process, the contestants are dismissed, and later, four among them are called back. These four usually include the top two and the bottom two performers in the Elimination Challenge, but this sometimes changes based on the episode. Regardless, at the end of each episode, one winner is declared and one contestant is eliminated, thereby laying the groundwork for the next episode. Of late, contestants have been competing in teams coached by accomplished tattoo artists and former participants.

Season finales, however, are different and vary with each season. For instance, in the finale of Season 1, the final challenge involved a tattooing marathon of 18 hours! The finale of Season 2 was different and consisted of the three finalists meeting with their respective canvases for four to six hours to create a final piece. In this way, every season’s finale differs and presents the finalists with fresh challenges.

Season 12 also featured a novel twist, with former Ink Master winners and veterans guiding the teams. While the men coached the women’s team, the women coached the men’s team. Toward the end, one coach advanced to the live finale where they participated in Clash of the Coaches face-off for $25,000. The winner of Season 12, namely Laura Marie won the competition, receiving the $100,000 prize and getting an editorial feature in Inked magazine.

The theme of season 13 is Turf War, where 20 contestants will battle it out to defend their home turf and the winner will take home a grand cash prize of $100,000 while being crowned as Ink Master. The contest will be held in teams of four representing the four regions of America – East, West, Mid-west, and South. This means that although the final rounds will be one-to-one, the initial stages will involve a lot of teamwork, devoid of ego clashes and individualistic approach.

You can watch the official trailer for season 13 below: