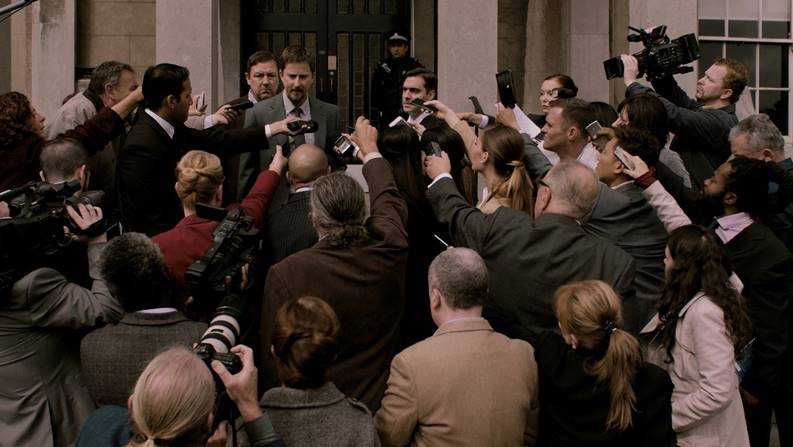 People tend to spend their valuable time watching television series that are created at par with mainstream movies in terms of every other technical aspect. ITV has been producing and telecasting many such television series in the last couple of years after they started witnessing a phenomenal response from the audience. One among their highly acclaimed television mini-series that made a debut in last year is Innocent which might soon revisit your screens in the future with a brand-new storyline, characters, and of course, an exciting plot.

Unlike other television series hosting more than ten episodes in a season, Innocent has four episodes that are crispy and re-watchable. Being a mini-series, the hype that goes around every other episode is for real. The manner in which the drama unfolds around main characters Rob and Phil is mind goggling. As the series aired, there were even multiple polls making the rounds on social media platforms regarding Tara’s killer. The story of Innocent is much more than just a regular drama; it is about a family and their real emotions that get portrayed impeccably on screen. The British miniseries has been conceptualised by Richard Clark who is known for Doctor Who and The Musketeers.

Innocent Cast: Who is in it?

The cast of the show is led by Lee Ingleby, who steals the show with his performance as David Collins,  a man convicted and sentenced for murdering his wife, Tara. Adrian Rowlins, on the other hand, puts in an appreciable effort for his character named Rob. Daniel Ryan, Hermione Norris, Angel Coulby, Elliott Cowan and Nigel Lindsay are other notable actors who make the first season successful with their dedicated acting skills.

As the second season of Innocent is currently being written, there is no confirmation from the production house regarding its casting. However, the above names may not re-appear as far as authentic sources go. The second season is heading towards bringing newer characters onboard. We will update this section as we know more.

Innocent Plot: What is it about?

Innocent is a mix of drama, crime and thrill, and revolves around David Collins who is essentially portrayed as something of a mystery from the start. It follows his story as his life is turned upside down when he is convicted for his wife’s murder and has to spend seven years in jail. On being released from jail, he returns to rebuilding his life and rekindling his relationship with his children but is determined to prove that he hadn’t killed his wife, Tara. Naturally, he is despised by Tara’s family and friends who still believe he murdered her, he has no one standing beside him except for his faithful brother Phil who gave up his own life and career to campaign tirelessly for proving his brother’s innocence.

DCI William Beech who previously led the investigation into Tara’s murder where David was eventually convicted has his career on the line because if his conviction is rendered untrue, he would not only have charges of misconduct against him but would also be professionally humiliated. Amidst all this drama, the question remains- who killed Tara?

Writer Chris Lang recently tweeted back in May 2019 that he had been approached by ITV and has begun working on the plot for the second season. Sources point towards a new set of characters in the upcoming season. It’s too early for the writing team to give out news about the plot at this point. We need to wait a while longer to know more.

Innocent Season 2 Release Date: When will it premiere?

Innocent season 1 premiered on March 22, 2018 on ITV in the UK. Back then, there were fewer chances for a second season, yet, as sources have it, the show is all set to make a comeback.

“Delighted to tell you that #Innocent is returning. New characters, new story, should shoot early next year. And now if you’ll excuse me, @mjarlidge and I need to get writing! #Innocent2”, writer Chris Lang tweeted.

Innocent season 1 was aired consequently for four weeks during the weekend. The premiere timing was at 9:00 PM and the same is expected to be repeated with the second season. The runtime for each episode is about forty-five minutes. Speculations are rife around the Innocent season 2 release date, and one can expect it to premiere by May, 2020. Production is set to begin early in 2020 and thus, any confirmation regarding the premiere date might hit the internet anytime in the upcoming months. So, stay tuned!

Although you need to wait few more months to watch the exclusive and original trailer of Innocent season 2, you can still watch the first season starting with the trailer. If you are new to this particular genre of mini-series, Innocent could prove to be the right start. Here is the trailer to delve right into it.