Will There be an Insatiable Season 3 on Netflix? 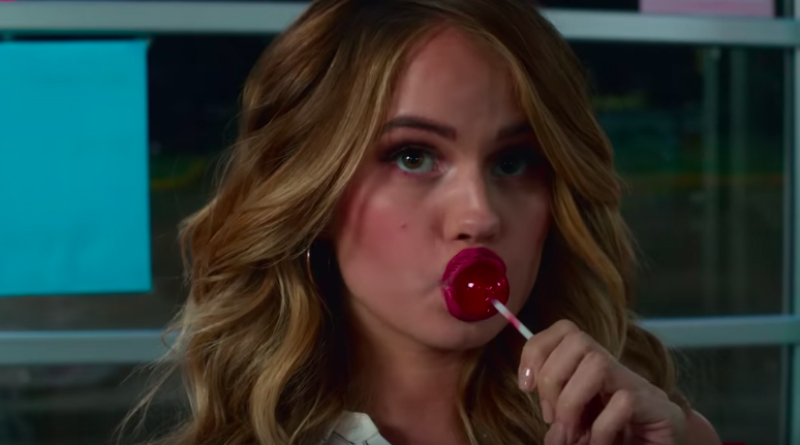 ‘Insatiable’ is an American black comedy and drama web series that airs on Netflix. It has been created by Lauren Gussis whose previous work includes ‘Dexter‘. For those unaware, the series is based on an article by Jeff Chu that came out in the New York Times titled ‘The Pageant King of Alabama’. The series is centered around a disgraced and dissatisfied civil lawyer who becomes a beauty pageant coach. He takes on a bullied and vengeful teenager as his client with no idea about what he is going to unleash upon the world.

Netflix does a lot of teen dramas, and they usually hit the spot with the target audiences. This one seems to have missed its mark, with Rotten Tomatoes summarizing the show as, “Broad stereotypes, clumsy social commentary, and a failed attempt at wokeness make ‘Insatiable’ hard to swallow”.

The teen drama first premiered on August 10, 2018. Despite the criticism, the show was renewed for a second season, which released on October 11, 2019. Now, the question is, will there be an Insatiable Season 3? Here’s everything we know.

Insatiable Cast: Who is in it?

The cast of ‘Insatiable’ is led by Dallas Roberts, of ‘The Good Wife‘ and ‘The Walking Dead‘ fame, who plays the part of Robert “Bob” Armstrong Jr. civil lawyer-turned-beauty pageant coach. Debby Ryan, of ‘The Suite Life on Deck’ fame, appears as the bullied and vengeful teenager Patricia “Patty” Bladell.

If the show gets renewed for another season, you can expect all the main cast members to be back.

Insatiable Plot: What is it about?

‘Insatiable’ revolves around Bob, a disgraced, dissatisfied civil lawyer-turned-beauty pageant coach who takes on Patty, a vengeful, bullied teenager as his client, and has no idea what he’s about to unleash upon the world. While we have had a flurry of teenage shows in the past few years dealing with the issue of bullying and adolescent problems, ‘Insatiable’ would be the first of its kind to bring the law into the equation.

The 17-year-old is shown to be binge eating out of loneliness, because, of course, what better way to fat shame, someone, than to tell them that fat people are lonely. However, all this is miraculously changed when Patty is punched in the face by a homeless person and her jaws are wired shut. Thus for three months, she is on a liquid diet and when she emerges, she is thin. Confident in her new body, she decides to prove to her classmates that she can win the beauty pageant, and change the notion of her being a loser to her being a winner. Season 1 ended with Patty killing her ex and stalker, Christian.

Season 2 start with Patty and Bob covering up her crime. While police begin their investigations, Patty works to unite pageant contestants. The second season ends with Miss American Pageant declaring its winner and Patty confronting her inner self.

Insatiable Season 3 Release Date: When will it premiere?

‘Insatiable’ Season 2 premiered on October 11, 2019 on Netflix. All the 10 episodes were released at the same time.

As far the next season goes, Netflix hasn’t made any announcements on show’s future. But given the poor response that the show has received over two seasons, it is difficult to imagine the streaming giant renewing the show again. Also, season 2 ends on a pretty conclusive and happy note. So, unless the viewership numbers dictate otherwise, ‘Insatiable’ Season 3 will most likely be cancelled. We will update this section as soon as we receive an official confirmation.

While we wait for an update on ‘Insatiable’ Season 3, check out the season 2 below. If you haven’t seen the show yet head over to Netflix to catch all the episodes of the previous seasons.