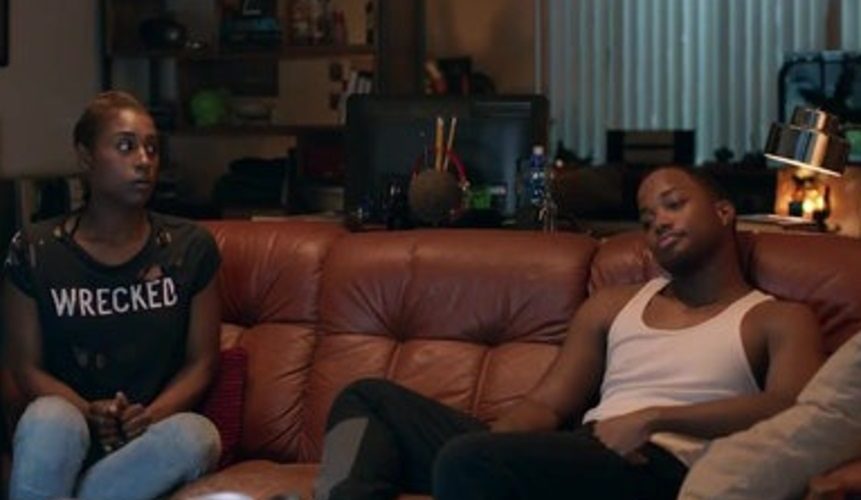 This week’s episode of ‘Insecure’ is completely Molly-specific. Following her fallout with Issa, she takes a trip with Andrew to Mexico. But things get a bit rough when she almost misses her flight. She meets Andrew’s brother, which further complicates her vacation. Well, we will come to the details later in our recap section. On the other hand, if you have finished watching it, here’s a preview session for the next episode.

Insecure Season 4 Episode 8 Release Date: When Will it Premiere?

The official synopsis gives further insights into what the episode entails. It goes as follows: “Issa and Lawrence catch up to discuss their lives, careers, past mistakes, and what makes each of them happy.”

Molly, while ordering food at the Ethiopian restaurant, catches a glimpse of Issa running off to her car. She is more agitated now. However, once she reaches home, Andrew calms her down and they pack their bags for Mexico. A last-minute meeting adds to her frustrations and she barely makes it to the airport on time. Inside the flight, Molly is further irritated when a co-passenger starts complaining about her failed marriage. Finally, the couple arrives at the hotel and are greeted by Andrew’s brother Victor and Leah.

The following morning, Andrew and Molly meet Leah and Victor and accompany them on a 3-mile hike up a mountainside. By the end of the hike, all of them are completely exhausted. They descend the mountain on a zip-line and the experience leaves Molly totally breathless and scared. In the evening, they go out dancing. The next day, all four head to the poolside where Molly gets into an argument with the worker over a towel. When Victor tries to interfere, she vents out her frustration on him instead. Later at night, she reconsiders her behavior and calls Dr. Rhonda for an appointment. Andrew and Molly reach LA and run into Lawrence at the airport. The latter has just returned from San Francisco and tells someone on the phone that he misses them and will meet up soon.