Inside Out 2: Will There be a Sequel?

“A major emotion picture” is what they said. And boy did they deliver. ‘Inside Out‘ not only marks the peak of Pixar, but it is no doubt the best animated film from the past years. With its unique concept, emotionally driven story (quite literally), and the moving lessons it imparts, the movie has a lingering, lasting impact on everyone who watches it, adults, children, adolescents alike. It also ranks first on a list of the best animated films of all times by Rotten Tomatoes with a well-deserved score of 98%. If you haven’t yet watched film, you surely are missing out on something truly meaningful and thought-provoking.

With ‘Inside Out‘, Pete Docter (who was also the brilliant mind behind ‘Up’ and ‘Monsters Inc’) brings to us another completely different concept that’s both bold and ingenious. The movie is set inside the head of an 11-year-old girl, Riley, who has recently shifted to San Francisco with her family and is having a hard time adjusting. It revolves around her emotions, Joy, Sadness, Anger, Disgust and Fear as they try to understand her turmoil and figure out ways to keep her happy.

But ‘Inside Out’ is also so much more, with its magnificent physical construction of Riley’s psyche and the valuable lessons it offers on the importance of emotions like sadness for a person’s emotional well-being, and well, on growing up. There have been talks of a sequel ever since the film’s release in 2015.  Though the studio has currently put all plans on hold. But with its widespread critical acclaim, the concept’s unparalleled potential, and its high demand, a sequel to the film is, quite frankly, inevitable. So get some tissues and take a deep breath as we tell you everything we know about it.

Inside Out 2 Plot: What Can It Be About? 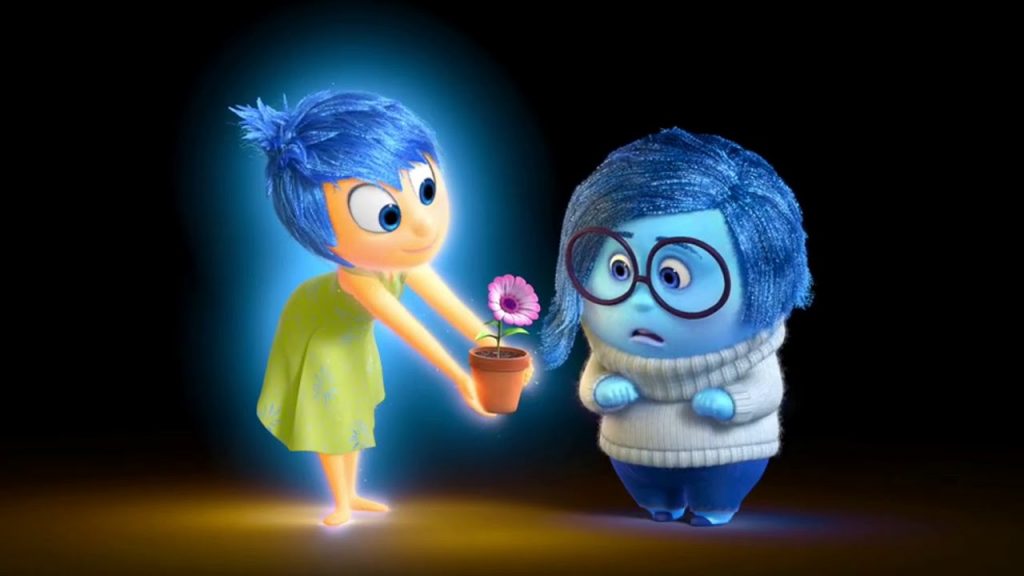 The ending of ‘Inside Out’ is such that it leaves the door open for the viewers to imagine what could happen next with the Riley and the emotions that guide her. Joy finally realizes the importance of Sadness, something she wasn’t aware of initially as she consistently tries to protect Riley from Sadness. This, eventually leads to Riley’s inability to healthily express what she is feeling or letting her heal, which eventually leads her to sink into depression. It is with Sadness’ interaction with Bing Bong that Joy realizes that She offers empathy and connection, something that might not bring Riley joy, but it would help her experience deeper happiness.

The movie ends with Riley turning 12, and her memory marbles becoming a mix of colours that represent each emotion, instead of being dominated by a single one of them. This reveals the complexity of Riley’s psyche as she would always look back to her memories differently as she grows older. Riley’s psyche also grows as islands related to her new-found interests are introduced, while older ones like Friendship Island are expanded. A new console is also introduced as each one of the emotions has new things to explore, while both Joy and Sadness take the lead, hinting at the growing complexities of emotions that come with growing up. We also have a big red button on the console that says “PUBERTY”, and is mostly what will be explored in the sequel to the film.

The second part of ‘Inside Out’ could lead to endless possibilities. Since the development of the sequel has not yet started, we do not have a solid idea about the direction it would take. But if Pixar decides to follow the lead of ‘Toy Story’, and with the way the film ends, it is most likely that it will, we will have Riley growing up and hitting her teens, and experiencing puberty. It could either take a slight gap, but I have a feeling that it would take the route Pixar took with ‘Incredibles 2’ and start from where they left off.

There would obviously be a central story to the narrative, with its own conflicts, as Riley hits her teens. But keeping in mind how the original progressed, certain concepts are most likely to be explored with the sequel. For example, the complexity of Riley’s emotions. We could also have new emotions introduced as the team hits the Puberty button, or they could take form of new islands in Riley’s psyche as her personality continues to develop.

It was revealed that Docter chose the 5 emotions from a pool 26, with the help of Dr. Ekman. This means that there could be other emotions that could be explored in the sequel. Perhaps, complex feelings like Nostalgia, Hope, Lust, Shame, Guilt could be looked at. An earlier draft of the script had Joy holding on to Riley’s childhood, this could be very interesting conflict to explore as Riley grows older, and Joy finds herself unable to cope up with the changes. 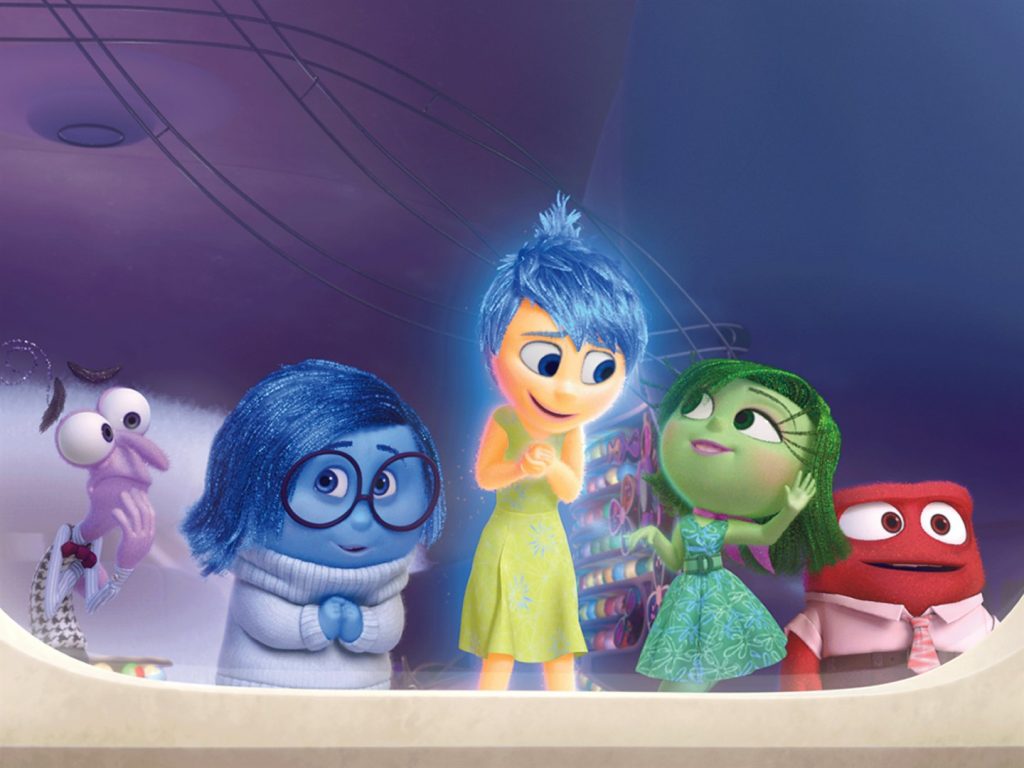 ‘Inside Out’ featured Amy Poehler as Joy, Phyllis Smith as Sadness, Mindy Kaling as Disgust, Bill Hader as Fear and Lewis Black as Anger. It also had Kaitlyn Dias as Riley, Diane Lane as her mother, Kyle MacLachlan as her father, and Richard Kind as Bing Bong.

The ‘Inside Out’ sequel is most likely to continue with Riley’s story, following Joy, Sadness, Anger, Fear and Disgust in another adventure as they figure out how to deal with Riley’s teenage years, and the main conflict in the story. This means, the entire cast would reunite for the sequel to reprise their original roles. Except, of course, Bing Bong whose farewell also comprised the most heart-wrenching scene of the film. We can also expect new characters in the sequel for which new cast members would be added to the team.

Inside Out 2 Crew: Who Can Be Behind It?

There is no doubt that Pixar would be behind the sequel. Pete Docter was the main man behind the concept as it was inspired by his own childhood, and his daughter Elie after whom he modeled Riley. Docter is also the currently chief creative officer at Pixar. When asked about the sequel, he stated:

“We’ll see if anything turns up. To me, it’s not as simple as ‘We liked it, so let’s make another one.’ What happens is you design these characters not so much looks wise but as they are as character and people for a story. So we’ll explore it and see what happens.”

But it has been made apparent that Toy Story 4 was the last sequel Pixar worked on, at least for a while. With Docter as the chief creative officer, Pixar is focusing on original stories for their upcoming projects. But whenever the sequel to ‘Inside Out’ is being made, it very likely that Pete Docter would be the man behind it.

Inside Out 2 Premiere: When Can It Release?

Pixar will be busy with its upcoming original projects all through 2020 with ‘Soul‘ and ‘Onward’, along with four other untitled projects that would be released by 2022. So we can only expect a sequel to ‘Inside Out’ to release after 2022. Keeping in mind how long it took ‘Finding Nemo‘ and ‘Incredibles‘ to get their sequels, we could also be waiting for a long time.