When Does Inside the World’s Toughest Prisons Season 4 Release? 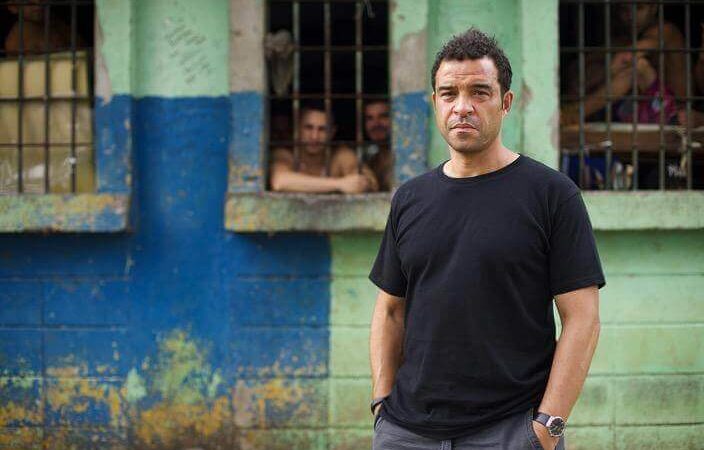 ‘Inside the World’s Toughest Prisons’ is a British crime docuseries that airs on Netflix. The show revolves around undercover probing journalists traveling to different locations to explore the prison facilities. Amongst the facilities visited are those in Brazil, Papua New Guinea, Ukraine, and Belize. All through the series, the host discloses the struggles of each institution, as sentinels endeavor to reform criminals and convicts inside these jails.

Netflix acquired the streaming rights of ‘Inside the World’s Toughest Prisons’ from season 3 onwards. The show first released on April 20, 2016, on Viacom’s Channel 5 in the U.K, following which there were 2 more electrifying seasons. If you are wondering when its 4th edition will land on the streamer, read on!

Paul Connelly (season 1) and Raphael Rowe (season 2 & 3) serve as the host of the series who takes the audience inside some of the most infamous prisons. In four episodes each of season 2 and 3, Raphael as an anchor, implants himself with criminals in each jail for a week, partaking a cell with actual inmates and sharing their daily lives while imprisoned. He also joins the guards to discern the strategies they implement to maintain some peace in these explosive surroundings, all the while facing dangerous threats, foulness, and mob conflict.

The second season takes audiences on a spine-chilling tour with Raphael, who himself is well acquainted with custodial life, after serving 12 years in a UK jail. The show sees him travel the world to experience life inside some horrifying dangerous prisons. This is a surefire eye-opener not just for him but also for the tense audience watching the show and hanging on with bated breath, wondering what’s coming up next. Season 4 will see Rowe making a comeback.

What Can Inside the World’s Toughest Prisons Season 4 be About?

In the first season, Paul Connelly volunteers to spend time in the Honduras, Danli Prison where the harshest prisoners are equipped with acquired weapons and act as enforcers for the dazed sentries. He next spends a while at Poland’s Piotrkrow Prison where the country’s most toughened treacherous criminals live isolated for 23 hours a day. Here, he experiences five days of a rigorous guard and mutiny training.

His expedition also takes him onto Mexico, El Hongo Jail, where, hitmen, drug lords, and murderers are bunched up together and live in jail which is a permanent home to almost all of them. Connelly spends one whole week amongst them and discovers the terrible conditions which are unendurable and awful as well as the many barbaric practices that are followed on a regular basis. He next moves base to Rizal Jail, Philippines, where inmates perform dances and cook for each other. Here he spends time in not one but two different prisons where resilient extortion is a way of life and the order of the day.

In the second season, Raphael visits and shoots in Brazil’s gang-infested Porto Velho Penitentiary, where he spends time acting as both a guard and a convict, all the while getting a complete grasp of life within the walls of the jail and a clear understanding of day-to-day activities of both sentinel and inmates. His next assignment carries him to Ukraine’s, Zhytomyr Prison, with very thin security who allow prisoners to saunter around freely on the surroundings of the premises with potentially dangerous weapons.

Papua’s Bomana Prison requires a lot more staff, sentry and back up and is always short on food provisions and extra needs, which keeps the meager workforce almost always on the edge of pandemonium. This season ends with Raphael going to Belize and living in at the Central Prison, where inmates are taught and convinced that attribution and atonement for crimes committed can be forgiven by turning to God. Raphael explores this evangelical approach wondering if it works for hard weathered jailbirds.

The third season takes Raphael to far-flung Costa Rica’s La’Reforma Jail, which he admits is by far the most ghastly and menacing. He journeys on, thereon, to Bogota, Colombia, spending a terrifying seven odd days in the capsuled fortress-like Narcos Penitentiary. He deals with a threatening death risk all the while trying to negotiate the repressive atmosphere within the walls. His next stop is Romania’s Gypsy Prison, where inmates and convicts include rapists, serial contract assassins and executioners alike, and how they revolt him being there amongst them.

Last but not least he moves onto Norway’s Halden Prison. This is the faultless perfect jail and does things differently without condescending a convict. It is more of a reformatory and rehabilitates prisoners, giving them a new lease of life when they are finally released. No prisoner gets more than 21-year sentence in this prison.

Inside the World’s Toughest Prisons Trailer:

Check out the trailer for season 4 right here.