Will There be an Inside The World’s Toughest Prisons Season 5? 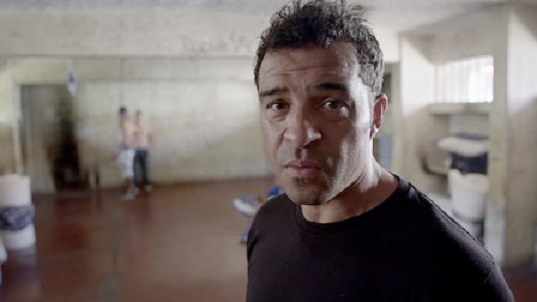 ‘Inside the World’s Toughest Prisons’ is a documentary tv series that gives a real-time view of life behind bars. It originally aired on Channel 5 in the UK and was then picked up by Netflix. In the show, we get an unfiltered look into how prisons operate. These stories are usually narrated by prisoners, prison guards, and people connected to the prison system. ‘Inside the World’s Toughest Prisons’ was initially given a three-season order. However, owing to the great response received from fans, it was commissioned for a fourth installment that dropped in July 2020. If you are wondering whether we will see more seasons from the docuseries, read on.

Since season 2, ‘Inside the World’s Toughest Prisons’ is hosted by UK-based investigative journalist Raphael Rowe. Rowe is best known for his work with BBC Panorama. He himself served 12 years behind bars following his arrest in 1990 on charges of murder and a series of robberies as part of the M25 Three. However, he was released, after being declared innocent of the crimes. Rowe has already been confirmed to make a comeback in season 5.

What Can Inside The World’s Toughest Prisons Season 5 be About?

Season 4 of ‘Inside the World’s Toughest Prisons’ takes us inside four of the highest-security prisons on the globe, located in Paraguay, Germany, Mauritius, and Lesotho. Lesotho is infamous for its frequent crimes, including rape and sexual assault. And most of the inmates in Maseru Central Prison are doing time for these despicable crimes. Raphael Rowe enters the facility to shed light on its squalid conditions and the daily threat of rape.

On the other hand, Melrose Prison in Mauritius is notoriously infamous for its ruthlessness. But it still gives prisoners a chance to redeem themselves and learn valuable skills. Meanwhile, Schwalmstadt Maximum Security Prison, Germany, compels its dangerous inmates to confront their issues so that they can transform their lives.

Finally, Tacumbu Prison in Paraguay houses different types of prisoners from varying backgrounds. The conditions here are so bad that inmates need to scour through prison trash for food scraps to cook and sell. Season 5 will pick up a bunch of equally ruthless prisons from around the world while narrating the extreme measures taken by prisoners to survive through every single day.