Will There be an Intelligence Season 2? 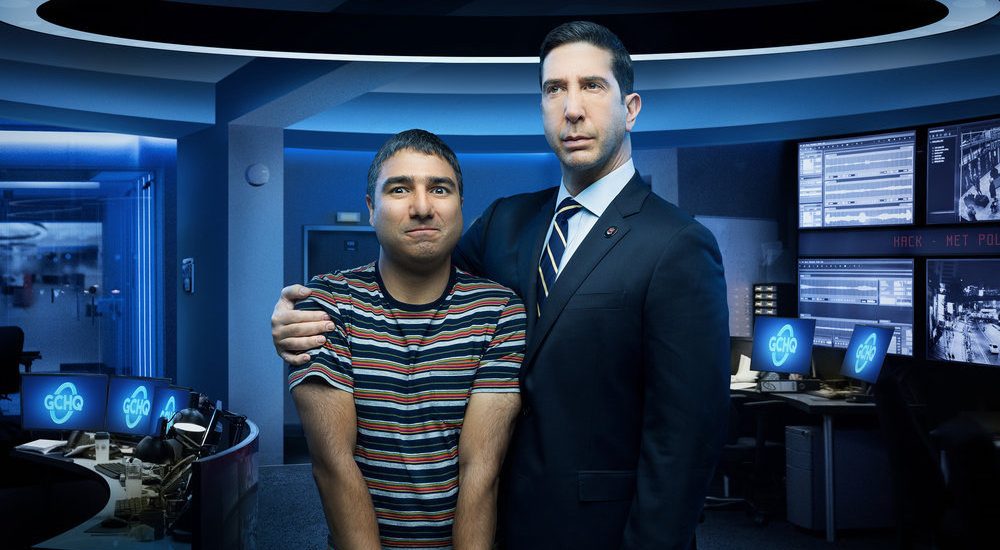 ‘Intelligence’ is a workplace comedy about a free-spirited American intelligence agent and an ill-fated British computer analyst. The story follows the NSA agent as he is assigned to work for the cyber crimes unit in the UK’s Government Communications Headquarters. But he soon lands into problems when he infuriates the unit’s chief with his assertive nature. With a top-billed cast and layered characters, ‘Intelligence’ is a classic workplace sitcom. As a result, its first reason received good reviews. If you wish to know more about its second edition, read on.

‘Intelligence’ season 1 premiered on July 15, 2020, on NBC’s streaming platform, Peacock. It consisted of six episodes. Prior to its US release, it was released in the UK on February 21, 2020, on Sky One. In February 2020, the show was renewed for its second installment. Star David Schwimmer said in an interview with Deadline, “I am thrilled to continue to pretend to be important to National Security.” Creator Nick Mohammed added, “I couldn’t be more delighted about setting off alarm bells inside GCHQ all over again.” During the announcement, it was also confirmed that ‘Intelligence’ season 2 will release in 2021.

Intelligence Season 2 Cast: Who Can be in it?

David Schwimmer stars as the protagonist, Jerry Bernstein, an NSA agent. Schwimmer requires no prior introduction. He is known to everyone as Ross Geller in ‘Friends’, and his role fetched him a Primetime Emmy Award nomination for Outstanding Supporting Actor in a Comedy Series in 1995. He has also appeared as Robert Kardashian in ‘The People v OJ Simpson’ and is known for his work in ‘The Pallbearer’, ‘Kissing a Fool’, ‘Six Days, Seven Nights’, ‘Apt Pupil’ and ‘Band of Brothers’.

Nick Mohammed joins the cast as Joseph. He is the creator as well as the writer of ‘Intelligence’ and is recognized for his roles in ‘Christopher Robin, ‘The Nutcracker and the Four Realms’, and ‘The Kid Who Would Be King’. Rounding up the lead cast is Sylvestra Le Touzel as Christine, Gana Bayarsaikhan as Tuva, and Jane Stanness as Mary. In season 2, the entire main cast will reprise their original characters.

Intelligence Season 2 Plot: What Can it be About?

‘Intelligence’ is a workplace comedy whose events are set in the UK Government Communications Headquarters. The series is a “kind of weedier, geekier, more bureaucratic version of MI5 and MI6” — as outlined by Sky One. The unit solves various international and domestic Cyber Crimes from a desktop. However, things change when an NSA agent named Jerry Bernstein is sent over from the U.S. to join the team. Jerry assigns a clueless and inept computer analyst Joseph to take over an important mission. As a result, his actions end up jeopardizing the team’s ability to combat cyber terrorism.

As the episodes progress, we understand that although Jerry appears to be an arrogant, jingoistic American prick, at first sight, he is just frustrated that he has not got the appreciation he deserves in his 25-year-long career. Like classic workplace comedies, the show also gives enough importance to its other colorful characters. We have Chris who constantly clashes with Jerry regarding who should be on top. Overall, ‘Intelligence’ deserves a watch, owing to its spectacular performances by the cast, who does a fab job in embodying their characters. Season 2 will embrace the same hilarious premise and continue to chronicle the activities of the crew within the GCHQ.