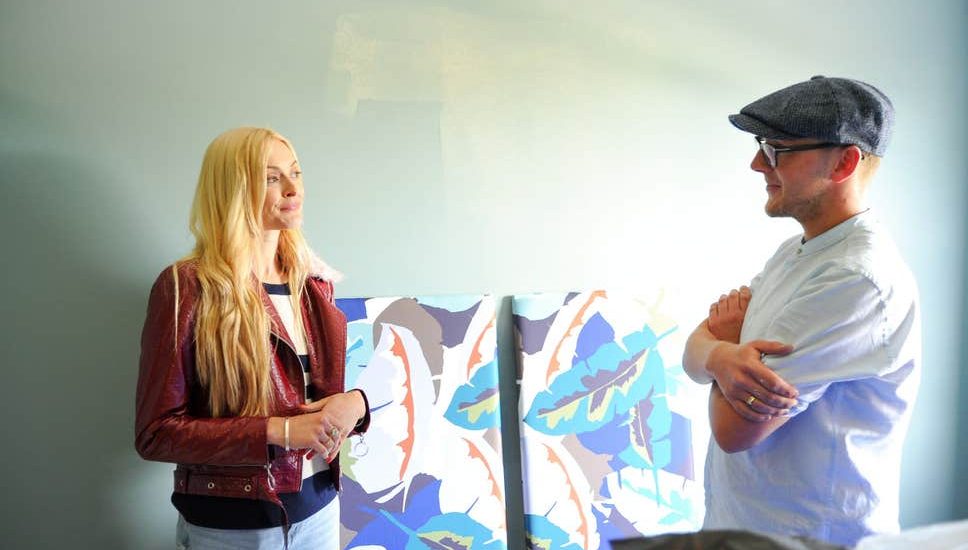 ‘Interior Design Masters’ is a competitive home improvement show that focuses on the design aspect of projects. The series originally premiered in the UK on BBC Two and was then picked up by Netflix for international markets. It follows 10 fledgling interior designers hoping to make it big in the home makeover market. Across eight weeks, the contestants are given eight challenges, and the one who makes it to the top wins the grand prize and gets a life-changing design contract with an elite commercial client. Each task involves a new space that needs to be transformed as per the judge’s specifications.

After a moderately successful first season, will there be an Interior Design Masters season 2? Here’s everything we know.

Who is the Host of Interior Design Masters?

‘Interior Design Masters’ is hosted by Fearne Cotton and judged by Michelle Ogundehin. Cotton is best known for her work on ‘The Top of the Pops’ and ‘Celebrity Juice’. Fearne when asked about her role in the series said, “I’m thrilled to be part of this new show. With such a love of interiors, art and design this show couldn’t be any more up my street. The designers on the show are so talented, so it’s going to be really creatively inspiring with loads of wow moments.”

Ogundehin is the former editor-in-chief of Elle Decoration. Additionally, the series features 10 upcoming interior designers as its team of contestants for the first season.

A different guest judge makes an appearance on each episode, guiding the participants and sharing his/her expertise while helping Ogundehin in deciding the best and worst performers for that particular challenge. Among the guest judges, we have interior stylist, Sophie Robinson, and interior designer, Abigail Ahern. Mary Portas, a retail champion and famously known as ‘queen of shops’ gives vital tips on the basics of shop design. Designer Jade Jagger, a renowned name in designing hotel interiors, shares his know-how on how to transform hotel rooms. Fashion, lifestyle and interior designer, Matthew Williamson, appears on an episode to guide the team on creating sensational show homes.

If the show gets renewed, Fearne Cotton and Michelle Ogundehin are most likely to come back for season 2.

What is Interior Design Masters About?

‘Interior Design Masters’ follows 10 aspiring interior designers who battle one another in order to grab a career-transforming, prestigious contact that would allow them to design a bar at one of London’s leading hotels. As the episodes progress, we witness these talented artists redesigning commercial spaces, which range from shops to hairdressers and dilapidated hotels. Judge Ogundehin puts across these tasks throughout the weeks and decides which contestant is evicted after every episode. According to her, “It’s so exciting to be part of a show that truly celebrates the art and craft of what it really takes to be a great interior designer. Plus there’s jeopardy, intrigue and even some tears too!”

The first challenge on ‘Interior Design Masters’ takes us to Newcastle, where the designers are asked to design a master bedroom in a luxury show home. The guest judge for this episode is Matthew Williamson, who is known for his use of bold and dramatic color palettes. The task is divided between two teams of five each and they need to create a cohesive look for the whole property.

The primary challenge that the designers face is, each individual is different and has very distinct styles. But they need to work together in order to create the perfect look. As per the brief: “The developers expect a high standard and an impeccable finish, and whilst they are not tied to any particular design style they will be expecting a room that has been superbly styled. With soft furnishings, objects and artwork thoughtfully curated and placed.” The client wants the final space to be a seamless amalgamation of contemporary, sophisticated, sumptuous and luxurious, exclusive, and comfortable and composed finishes. Toward the end, one designer is sent home and the rest make it to the next challenge.

Another task features the contestants being sent to a run-down hotel in Bournemouth. This is an individual challenge, where each interior designer requires to overhaul one room, using their signature style. They are also asked to incorporate a white, dark or milk chocolate theme in their design plan. After the task is over, each contestant needs to explain his/her choices. The one who is unable to convince Michelle needs to leave the set.

‘Interior Design Masters’ is an exciting reality show, especially curated for those with an innate love for art, creativity, and innovation.

Interior Design Masters Season 2 Release Date: When will it premiere?

‘Interior Design Masters’ season 1 released on BBC Two on Wednesday, August 14, 2019. It premiered on Netflix on October 18, 2019. Its entire run for the first season consisted of eight episodes, with each episode spanning a run-time of 60 minutes.

As far as the next season goes, BBC hasn’t made any announcements as yet. What we do know is that it is rare for a reality show to get cancelled after just one season. So there is a good chance that the show will come back again next year. If renewed, you can expect ‘Interior Design Masters’ season 2 to release in August, 2020 on BBC Two and then subsequently on Netflix.

You can check out the official trailer for ‘Interior Design Masters’ season 1 right here: